A message posted on Facebook claims plots have begun to remove the governing party’s national chairperson, the senator Abdullahi Adamu.

The post reads: “The National Chairman of the All Progressives Congress (APC), Senator Adamu Abdullahi, may not serve to the end of his tenure as plots have begun to remove and replace him with......”

We found similar claims on Facebook here, here, and here.

There have been insinuations that the APC is planning to replace its national chair with a Christian after the controversy caused by the party’s Muslim-Muslim presidential ticket.

In July, the Muslim APC presidential candidate for the 2023 election, Bola Tinubu, picked Kashim Shettima, a Muslim senator and former governor of Borno state, as his running mate.

But are APC members really plotting to remove Adamu as APC chair? We checked. 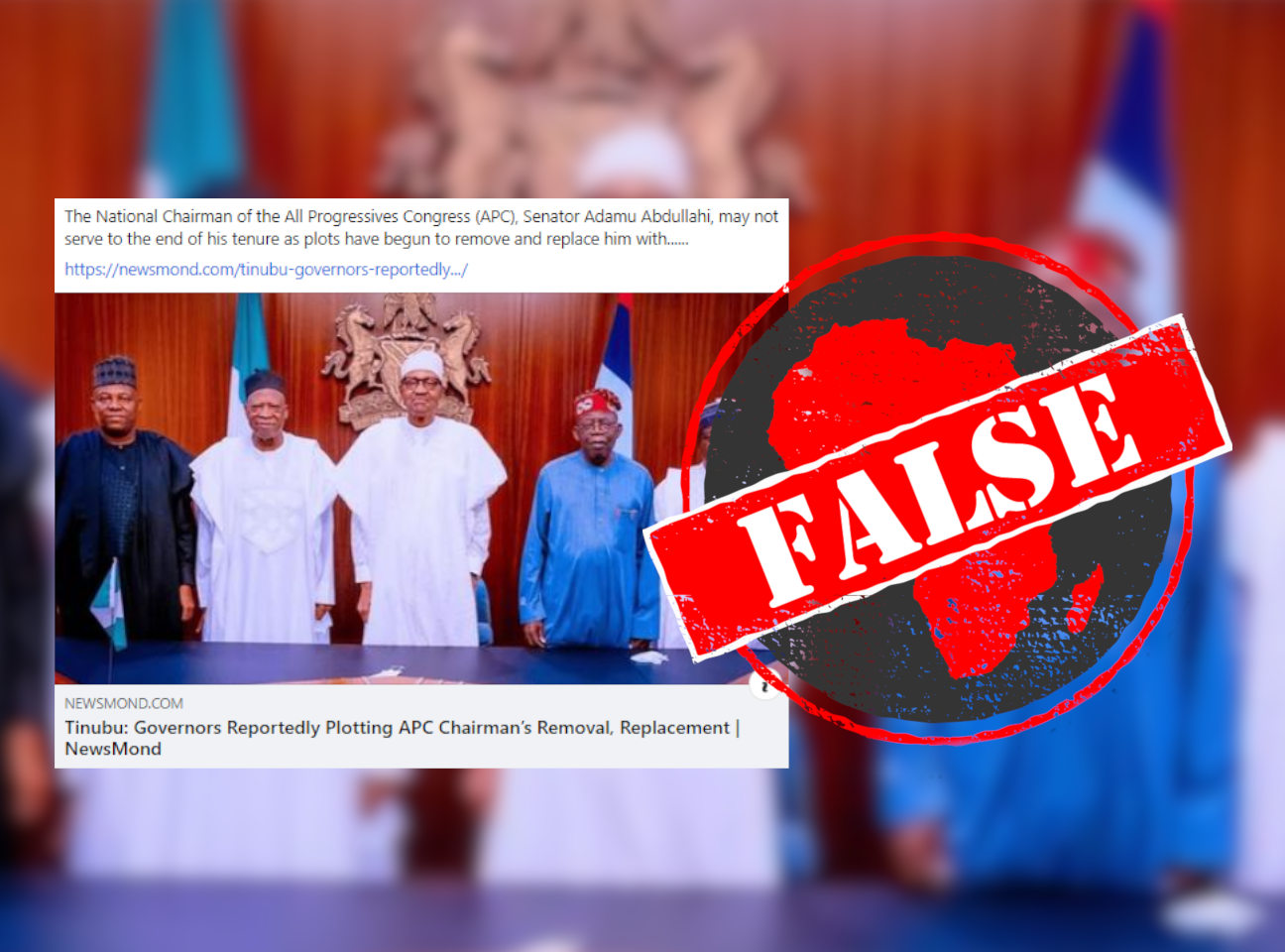 Claim debunked by the party

On 17 August 2022, the party debunked the claim in a statement posted on its verified Twitter account and signed by its national publicity secretary.

“Our Party and leaders are currently focused on the important task of building a strong and vibrant electoral campaign ahead, and will not be distracted by boring chirps of idle speculators,” the statement reads.

It says the party’s national working committee led by Adamu stands united and committed to winning Nigeria’s next general elections.