IN SHORT: The image seems to show Bomet county politician Linet Toto with Kevin Rigathi, the son of Kenyan deputy president Rigathi Gachagua. It’s been posted with suggestions that the two are a couple, but the image has been altered. In the original, Toto is alone.

It’s been posted with suggestions that the two are a couple.

The Kiswahili can be translated as: “Young men from Mulot and Bomet county in general, she is gone.” Mulot is a trading centre in the county.

The image went viral a day after Rigathi accompanied his father to Rwanda for the YouthConnekt Africa summit. Toto also attended the meeting, along with several African leaders. Hosted by Rwandan president Paul Kagame, the summit aimed to encourage young people to take up leadership positions. 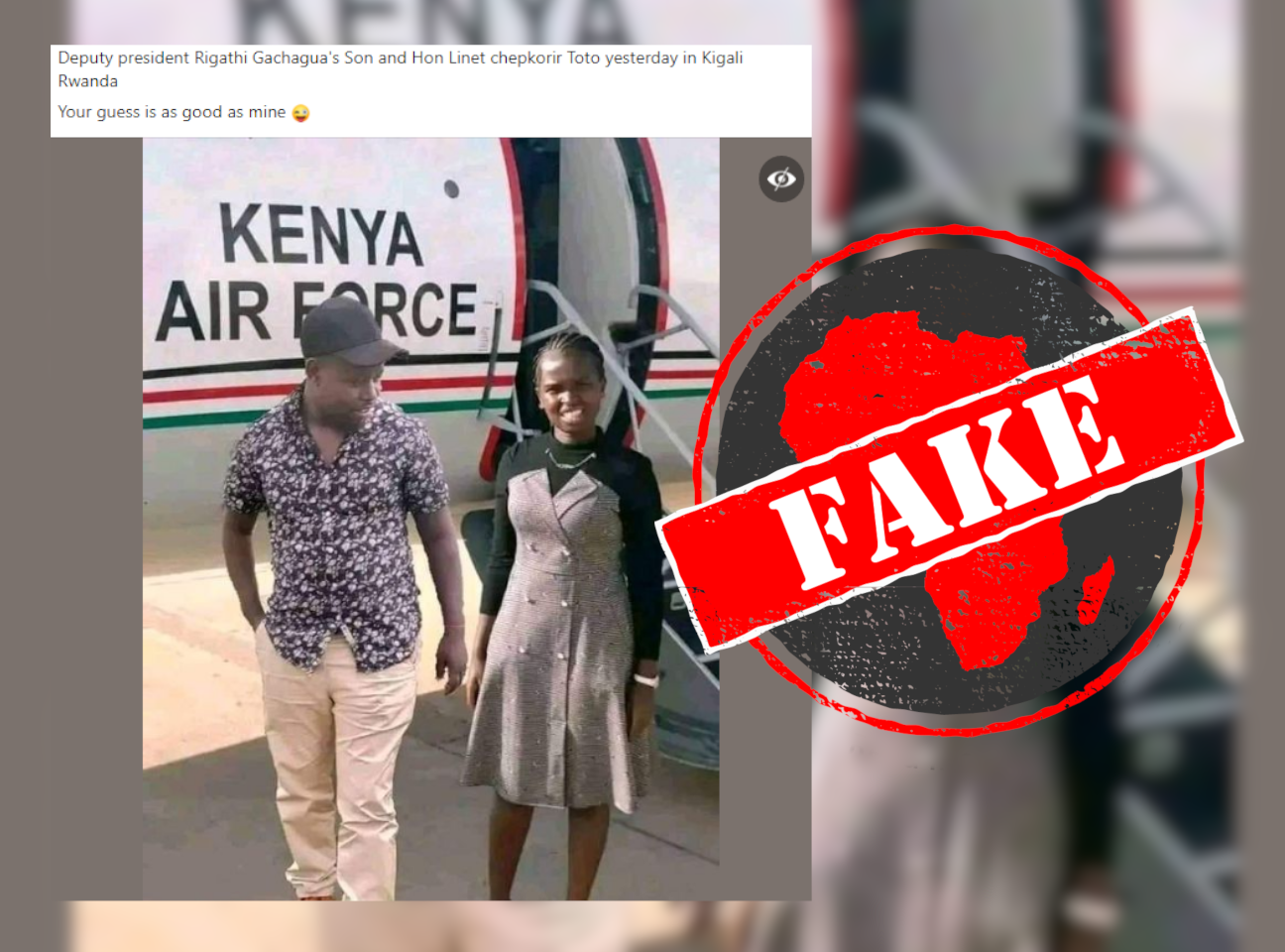 A reverse image search of the image reveals that it has been altered. The original photo was published on 13 October 2022 just before Toto’s departure to Rwanda for the summit. In it, she is alone: Gachagua’s son is not standing next to her.

And at the summit, he was wearing a different outfit to the one shown in the image.