“Jubilee yavuna wazee,” reads the headline of what seems to be the 26 March 2022 issue of Kenya’s Kiswahili-language Taifa Leo newspaper, circulating on Facebook.

This translates as: “Jubilee wins the aged”. The Jubilee Party is Kenya’s ruling party.

The page shows nine photos, most of elderly people.

Kenya is set to hold elections in August. In October 2021, the country’s electoral commission launched a drive to register the estimated 6 million young people who have become eligible to vote since the previous elections in 2017.

Taifa Leo is known for its bold headlines. But is this really its 26 March front page? We checked. 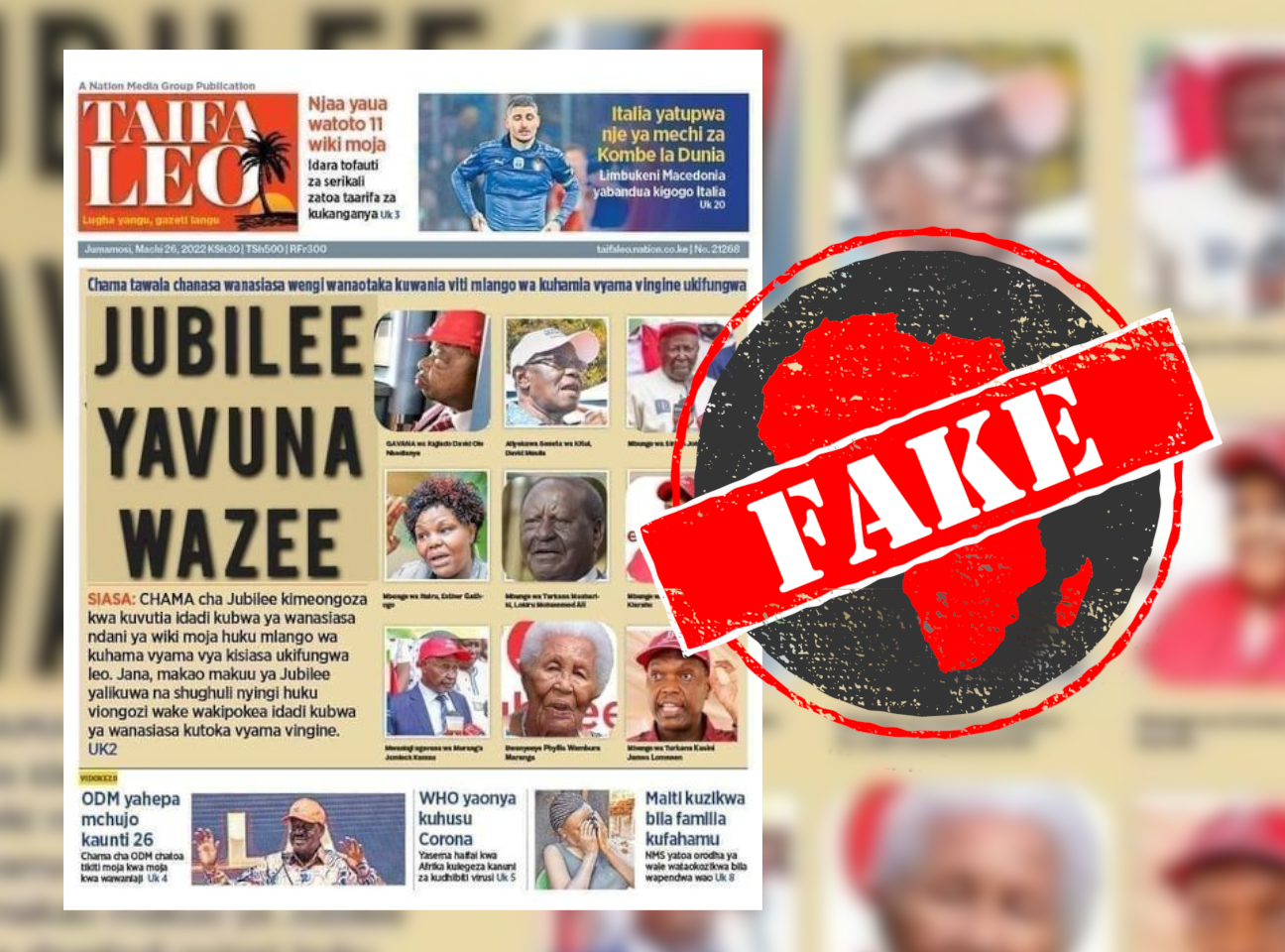 Seven of the nine photos on the front page don’t match their captions.

The first photo, for example, is identified as Kajiado county governor David ole Nkedianye. But a reverse image search reveals that it’s actually of South Africa’s higher education minister, Blade Nzimande. A larger, uncropped version of the photo was posted on the South African government’s Twitter account in 2018.

The man in the third photo is said to be Kenyan legislator John Walukhe. But another reverse image search shows that he’s really nominated legislator Maina Kamanda.

Of the nine images on the front page, only two match their captions.

The headline and seven photos have been altered, but the rest is the same.