A Facebook user has posted a screenshot of a tweet that appears to be by former US president Donald Trump.

“I said KENYA is a very corrupt country in AFRICA and left out NIGERIA because when you are counting evil people, you don't count the DEVIL,” the tweet reads.

It has appeared across various pages and groups on Facebook.

But did the comments come from the former US president? We checked. 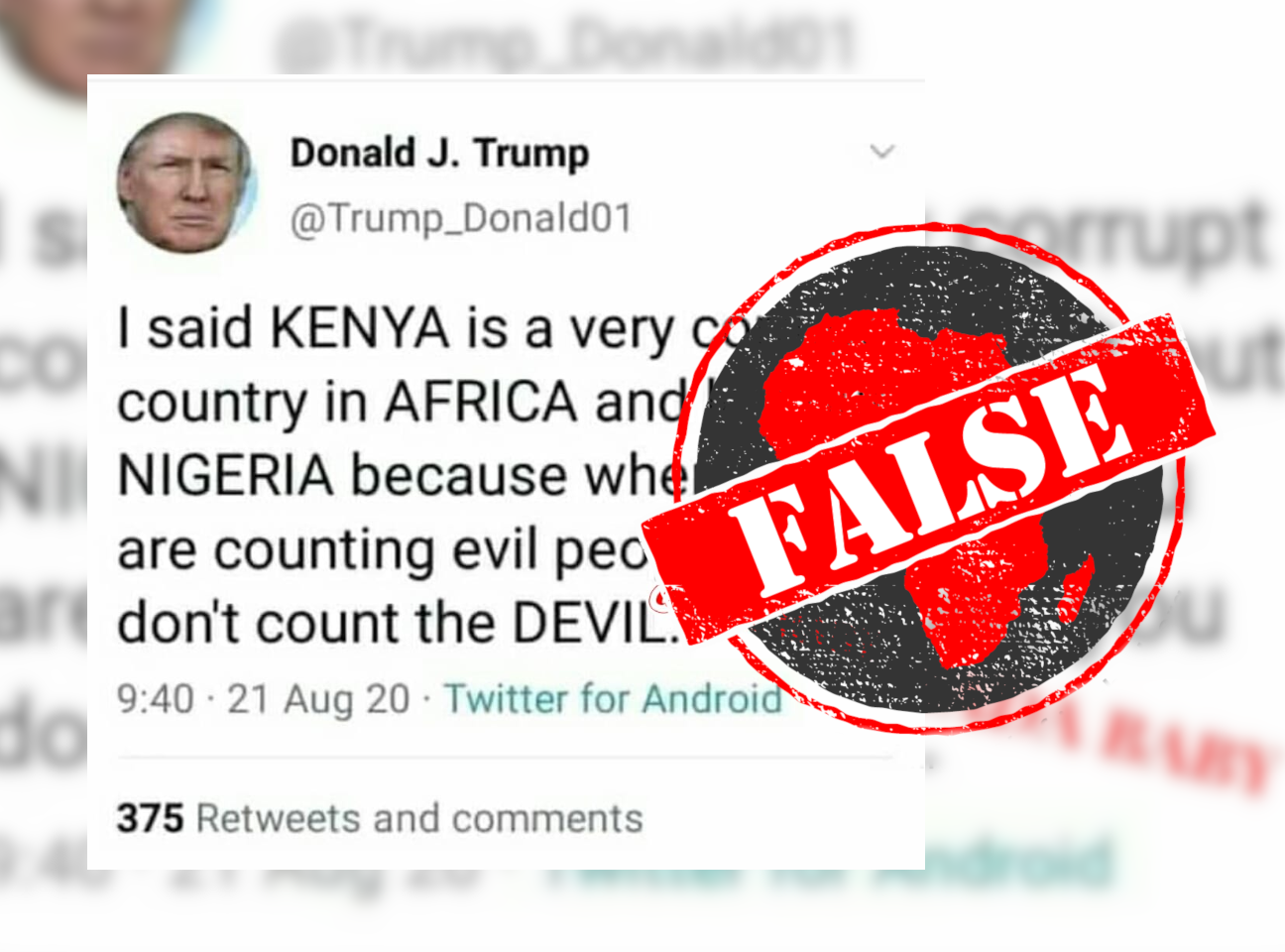 Trump was permanently suspended from Twitter in January 2021 after disputing election results.

While the tweet went out on 21 August 2020 while he was still active on social media, the user name on the viral tweet shows it was not by him.

We searched for the account @Trump_Donald01 and found it has also been permanently suspended.