IN SHORT: Kenya’s judiciary has warned that claims that two supreme court judges have resigned are “fake”.

A Facebook post claims two judges of Kenya’s highest court have resigned. The 11 September 2022 post includes two photos, one of deputy chief justice Philomena Mwilu and the other of justice Dr Smokin Wanjala.

The JSC is involved in the hiring of judges, among other things. The judiciary is responsible for interpreting the law, punishing law offenders, and resolving disputes between aggrieved parties.

The country’s highest court has been in the public eye after the results of the presidential vote in Kenya’s August 2022 general election were challenged.

Claims that Mwilu and Wanjala had resigned started circulating in the days following the court’s 5 September ruling.

The claim about Mwilu and Wanjala’s resignation was also posted here, here, here and here. But is it true? 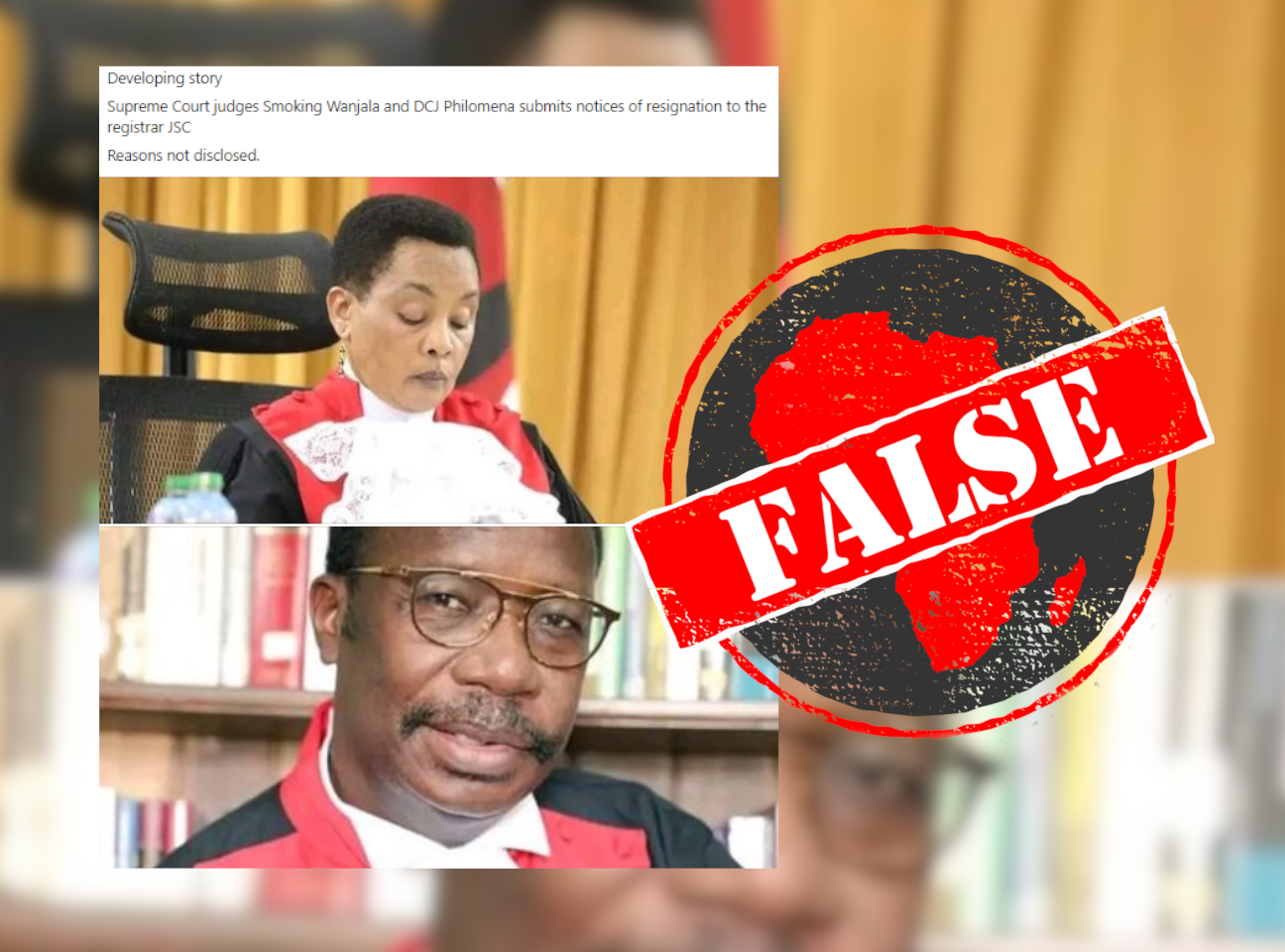 It stamped “FAKE” on a screenshot of the claim that the two judges had resigned.