IN SHORT: A two-week power blackout would be enough to have many Kenyans breaking out in a sweat. But the warning is on a fake social media card, and not by the news website Kenyans.co.ke or the state power company.

“Kenyans to experience blackout countrywide for two weeks due to the long rains,” reads what appears to be a graphic by the news site Kenyans.co.ke.

The warning is attributed to Kenya Power (KPLC), the country’s state-owned electricity utility.

On 2 November 2022, Kenya Power announced power outages in parts of Nairobi, Mount Kenya and the coast, due to a system disturbance.

The utility later restored supply to most of the affected areas.

This graphic has also been published here and here. But is it legitimate? 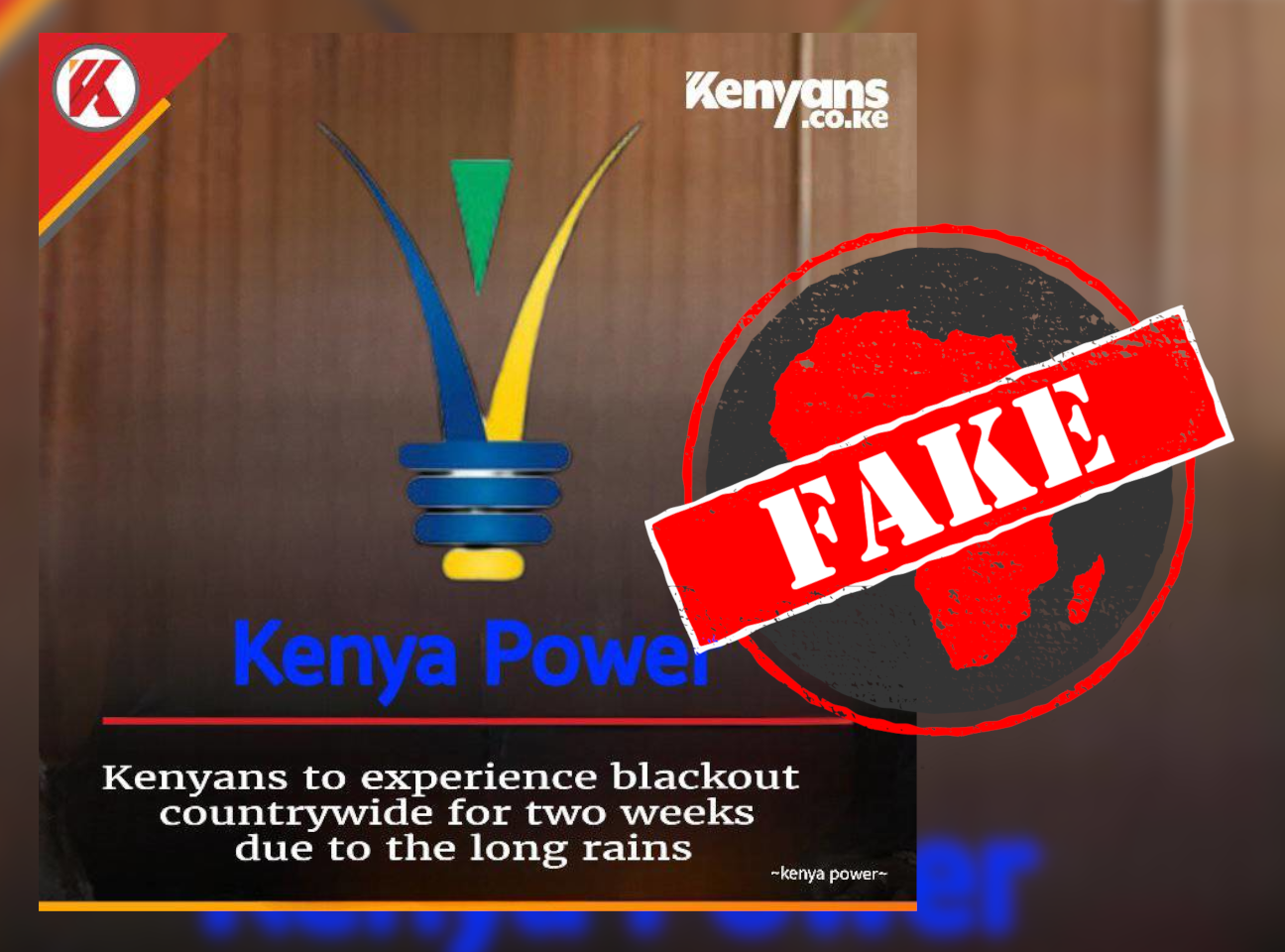 We could not find any new announcement of a two-week blackout on any of Kenya Power’s Twitter and Facebook pages.

We checked Kenyans.co.ke for the graphic but did not find it.

But we did find a legitimate graphic posted on 2 November. It reads: “KPLC States Nationwide Blackout is the Result of a Technical Fault, Working to Restore Power.”

Above the text is a photo of technicians working on an electrical transformer.

Kenyans.co.ke told Africa Check the graphic of a supposed two-week blackout was not theirs.

“The graphic is fake as you can see from the font and the subtext on the bottom right part “kenya power”, which doesn't appear in authentic graphics,” Brian Muuo, the head of digital strategy at Kenyans.co.ke, told us.