“Thank you @WilliamsRuto for making @StateHouseKenya a good house of prayer. A good example for @Kenyajudiciary. Kenya is a country of God,” reads what seems to be a screenshot of a tweet by chief justice Martha Koome, circulating on social media.

The screenshot is dated 25 September 2022. One caption to it reads: “Lenaola and Koome's credibility and careers are gone. Just like that. People think it is a joke.”

Justice Isaac Lenaola is one of seven supreme court judges who determined a petition by Raila Odinga, the leader of the Azimio coalition, challenging deputy president William Ruto’s electoral victory in the 9 August elections.

The court, headed by Koome, upheld Ruto’s win on 5 September.

State House is the official residence of the president. It has been in the public eye after a church service was held there on 25 September. Ruto presented himself as a religious man during his campaign.

Kenya’s constitution does not provide for a state religion. 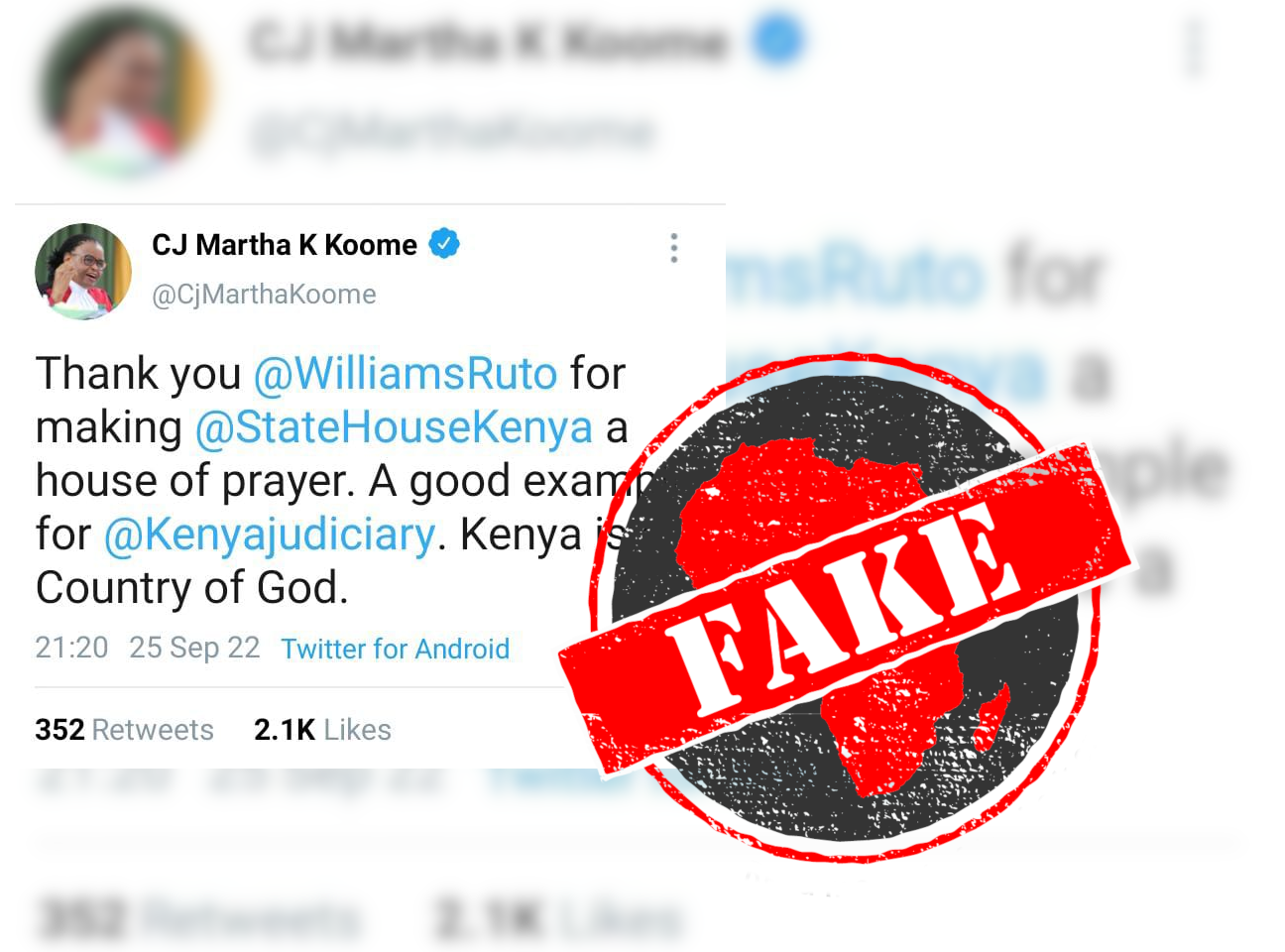 The handle in the screenshot is @CjMarthaKoome – note the small J. But the handle of Koome’s verified account is @CJMarthaKoome. Note the capital J.

A quick Twitter search for the screenshot’s text came up empty. Koome’s Twitter timeline also has no tweets dated 25 September.

On 26 September Kenya’s judiciary posted the screenshot on its verified Twitter account with the word “FAKE” written across it in red.