“FAMILY AFFAIR: RUTO, SON NICK EATING FROM THE SAME POT. ” That’s the front page headline of what seems to be an April 2022 edition of  the Nairobian, a Kenyan newspaper, circulating on Facebook.

The page shows a photo of  Kenyan deputy president William Ruto and his son Nick Ruto, a jagged line added between them to indicate a rift. To the right is a photo of a woman.

Text below reads: “EXPOSED: The Nairobian has learnt that the curvaceous Chemutai could be the reason Baba Abby and his son cannot see eye to eye and the reason why Nick Ruto refused to attend the UDA NDC.”

The paper is dated 8 to 14 April 2022. The Nairobian is a weekly newspaper published every Friday by the Standard Group.

But is this really a Nairobian front page? We checked. 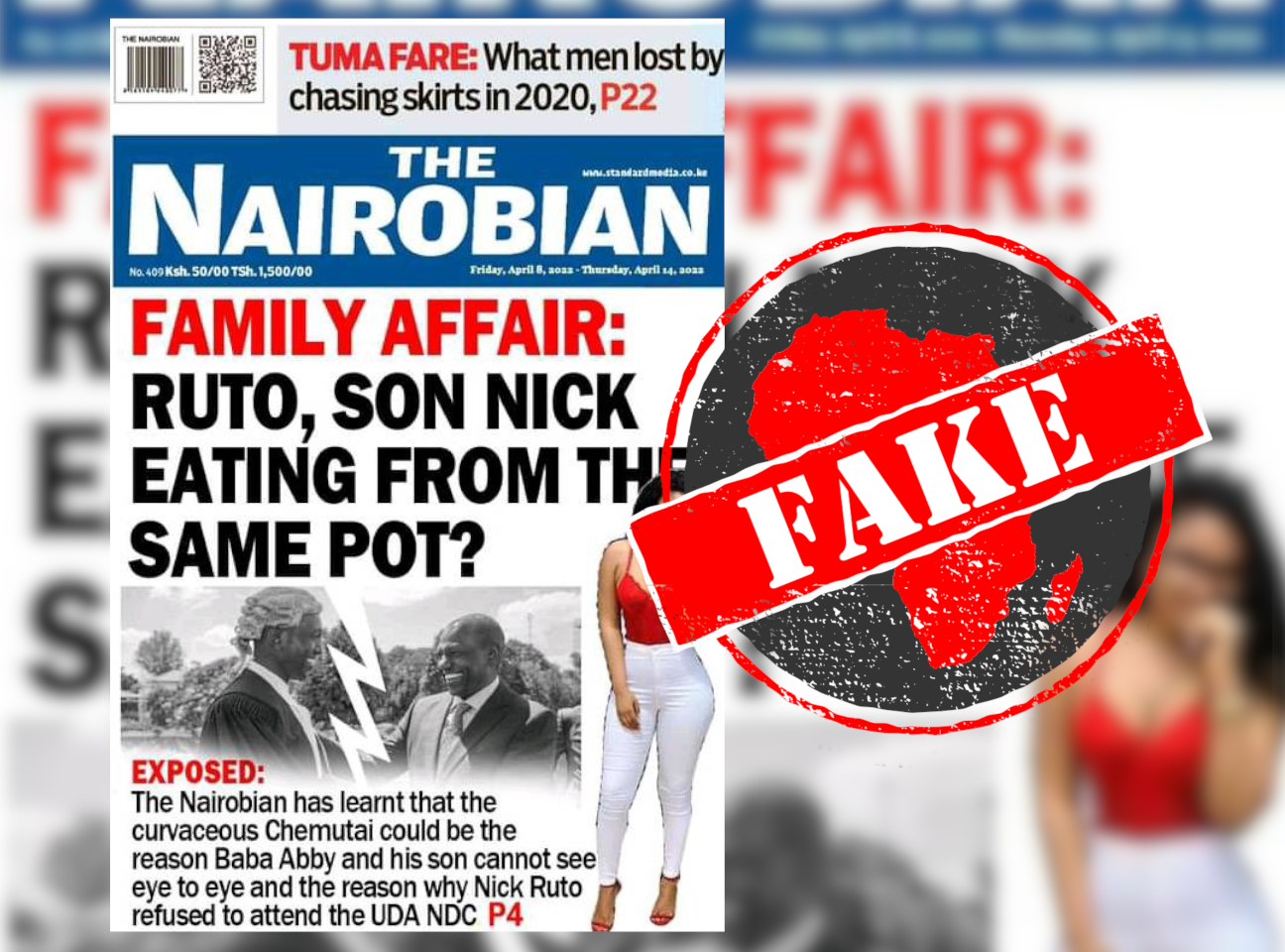 ‘This is NOT a genuine cover’

We found the original front page of the Nairobian’s 8 to 14 April issue on the Standard Group website. It’s completely different.

The headline is “JEALOUS LOVER OR LOVE TURNED SOUR?” The summary reads: “TRAGEDY AT HOME: Blood-stained panga, suicide and a confession that shocked the nation.” There’s no photo of Ruto or his son.

We searched Google the different story highlights appearing on the altered page in bid to find the edition used to make it.

With the story highlight “BUMPER HARVEST: Mother of 17 has 39 grandkids”, we discovered that the altered front page was from the 1 to 7 January 2021 issue.

The original headline reads: “I ENSUED RAILA WAS NOT POISONED - NJENGA.” There is no story about Ruto and his son.

The Nairobian has posted the altered front page on Facebook, stamped “FAKE!”

“FAKE NEWS ALERT: This is NOT a genuine cover of the Nairobian weekly newspaper. It is a manipulated front page,” the paper says in the post.

The Standard Group has also dismissed it as fake.