Two photos of Kenyan deputy president William Ruto clad in a feathery headdress and sitting in front of pots, gourds and calabashes hanging from a wall of sticks have been posted on Facebook.

“Tofautisha Mila na uchawi, hii ni uchawi, not culture,” one caption to the photos reads. That’s Kiswahili for: “There’s a difference between tradition and witchcraft; this is witchcraft, not culture.”

Another caption, on a Facebook group page with nearly 100,000 members, reads: “Ruto, the chairman of Jehovah Complex theory and stage-managed religious stunts has decided to get help from a powerful witch doctor from Kitui County to help him win presidential elections.”

Ruto is vying for the presidential seat in Kenyan elections scheduled for 9 August 2022.

But do the photos show Ruto consulting a witchdoctor? We checked. 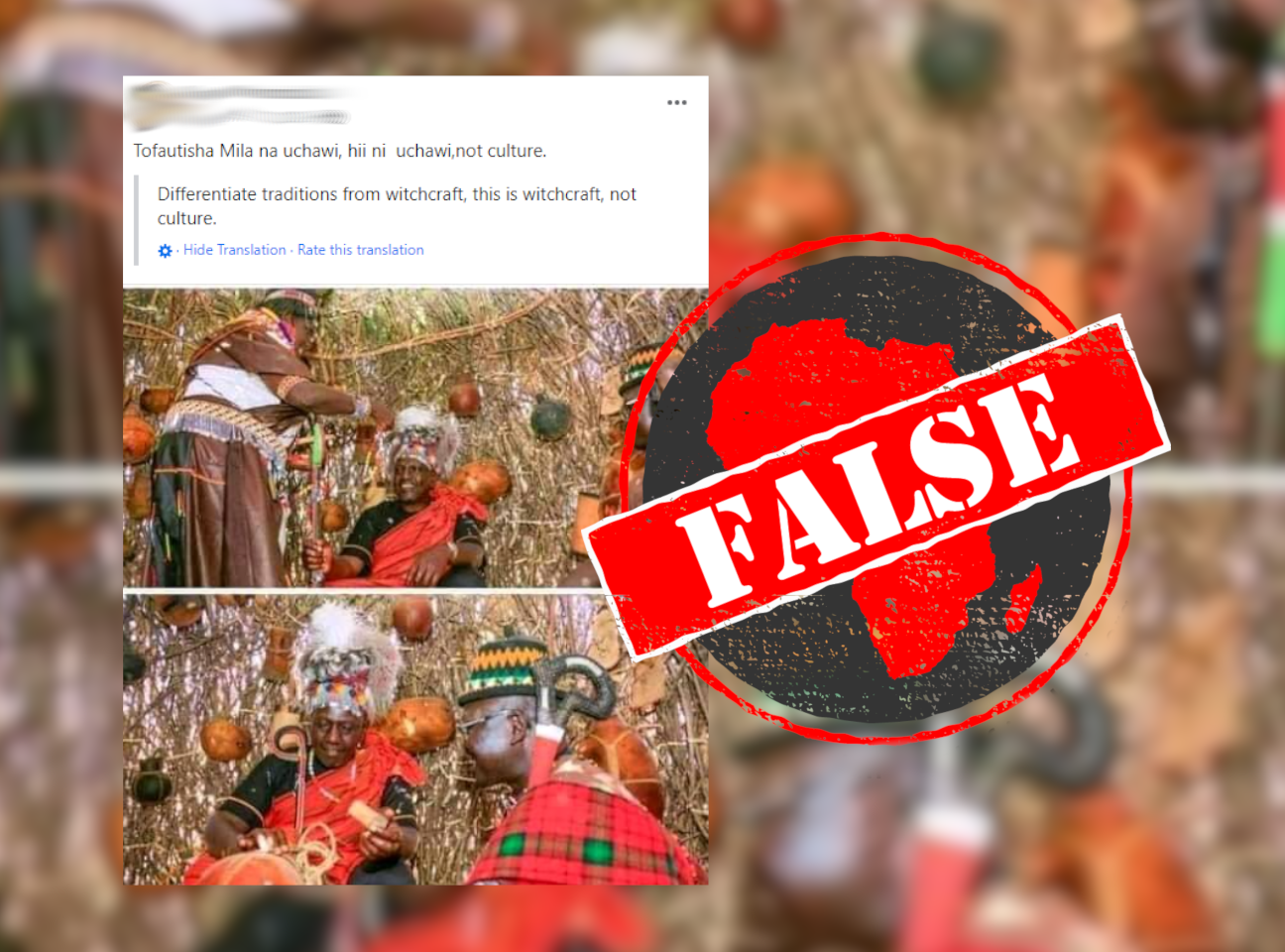 We checked Ruto’s social media page and found one of the photos, and others of the same event, posted on his Twitter timeline on 11 December 2021.

The tweet reads: “Joined thousands of Turkana County residents in the celebration of the sixth Tobong'u Lore Edition in the company of Governors @GovernorNanok (Turkana), @GovernorKiptis (Baringo), @GvnMandago (Uasin Gishu).”

The photos were captured during the sixth annual Tobong’u Lore Turkana county cultural festival. Also present were the governors of Turkana, Baringo and Uasin Gishu counties.

The festival is held every year with the aims of celebrating culture, appreciating diversity and bringing unity and peace to pastoral communities.

The event was covered by Kenyan media including the Standard Group and the Star.

The photos do not show deputy president William Ruto consulting a witchdoctor or engaging in witchcraft.