A few hours later, a photo of Ruto with a torn trouser leg and bloodied knee was posted on Facebook with the claim it was taken just after the incident.

The Kiswahili loosely translates as: “William chased in Isiolo county like a monitor lizard resulting in torn trousers. His shoes survived. I always tell you this man is only popular in Eldoret North.”

Eldoret is a town northwest of Nairobi.

The photo and caption have been shared in at least two Facebook groups with more than 126,000 members.

But does the photo show Ruto after the encounter in Isiolo? We checked. 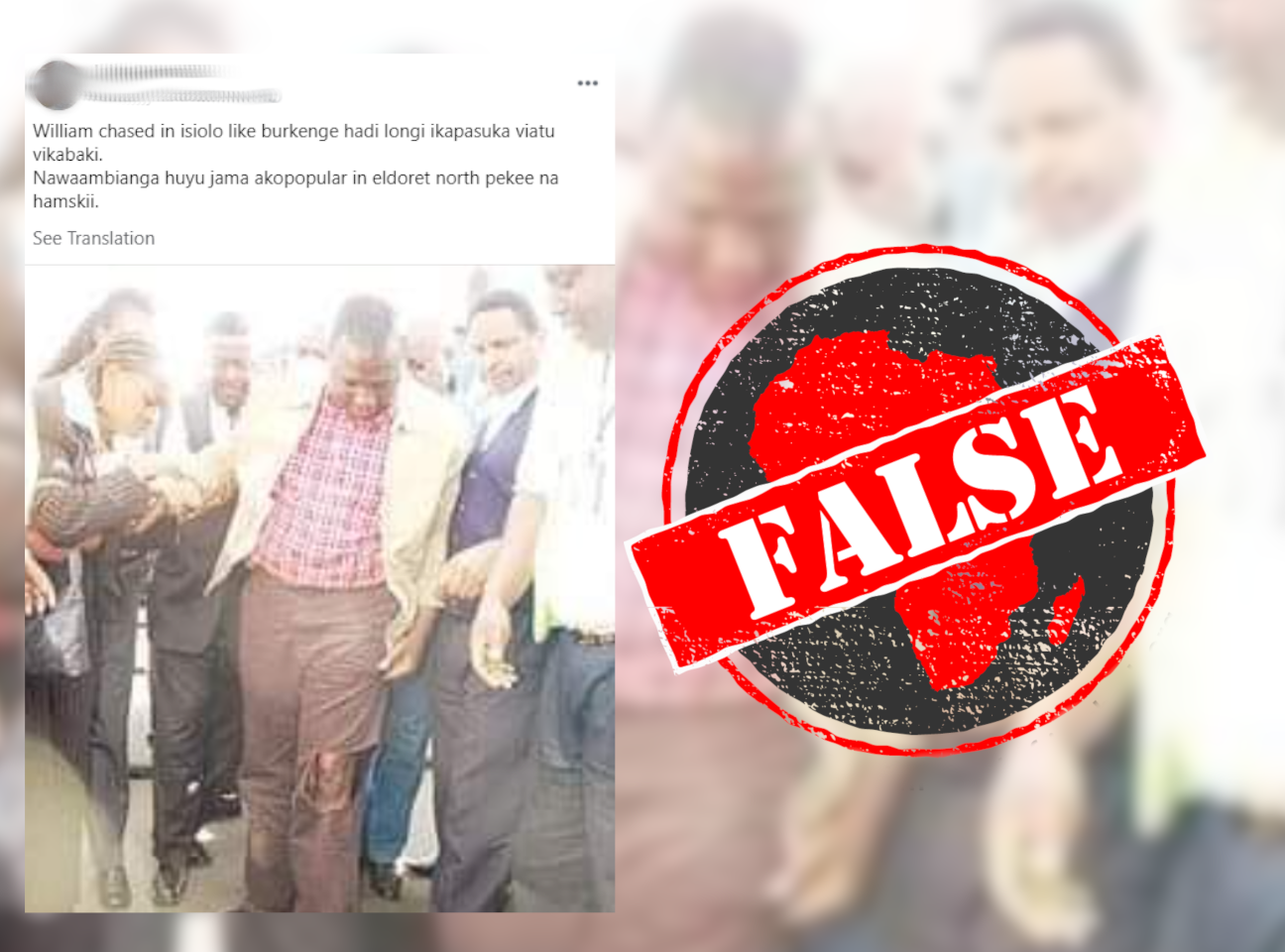 Different clothes, more than a decade before

The photo shows Ruto in a white jacket, red checked shirt and brown trousers. But on his tour of Isiolo he was wearing a casual shirt, red trousers and a cap.

The photo has been online for 13 years.

A reverse image search reveals it was first published on 23 September 2007, during campaigns for that year’s general election. It appears in a report that Ruto had been attacked by young people in the South Mugirango constituency the day before.

It has also been used as evidence for another false claim, debunked by Africa Check.