In the quote, Gachagua appears to rally his supporters to reject women leadership.

This translates as: “We have rejected women leadership. Women are not an agenda in Kenya.”

The graphic featuring the quote appears to have been produced by the news website Kenyans.co.ke.

Ruto and Gachagua lead Kenya Kwanza, a coalition of political parties set up ahead of the elections.

They will face Orange Democratic Movement party leader Raila Odinga and his would-be deputy Martha Karua, who heads the Narc Kenya party. Odinga and Karua are contesting the elections on the Azimio la Umoja One Kenya coalition ticket. 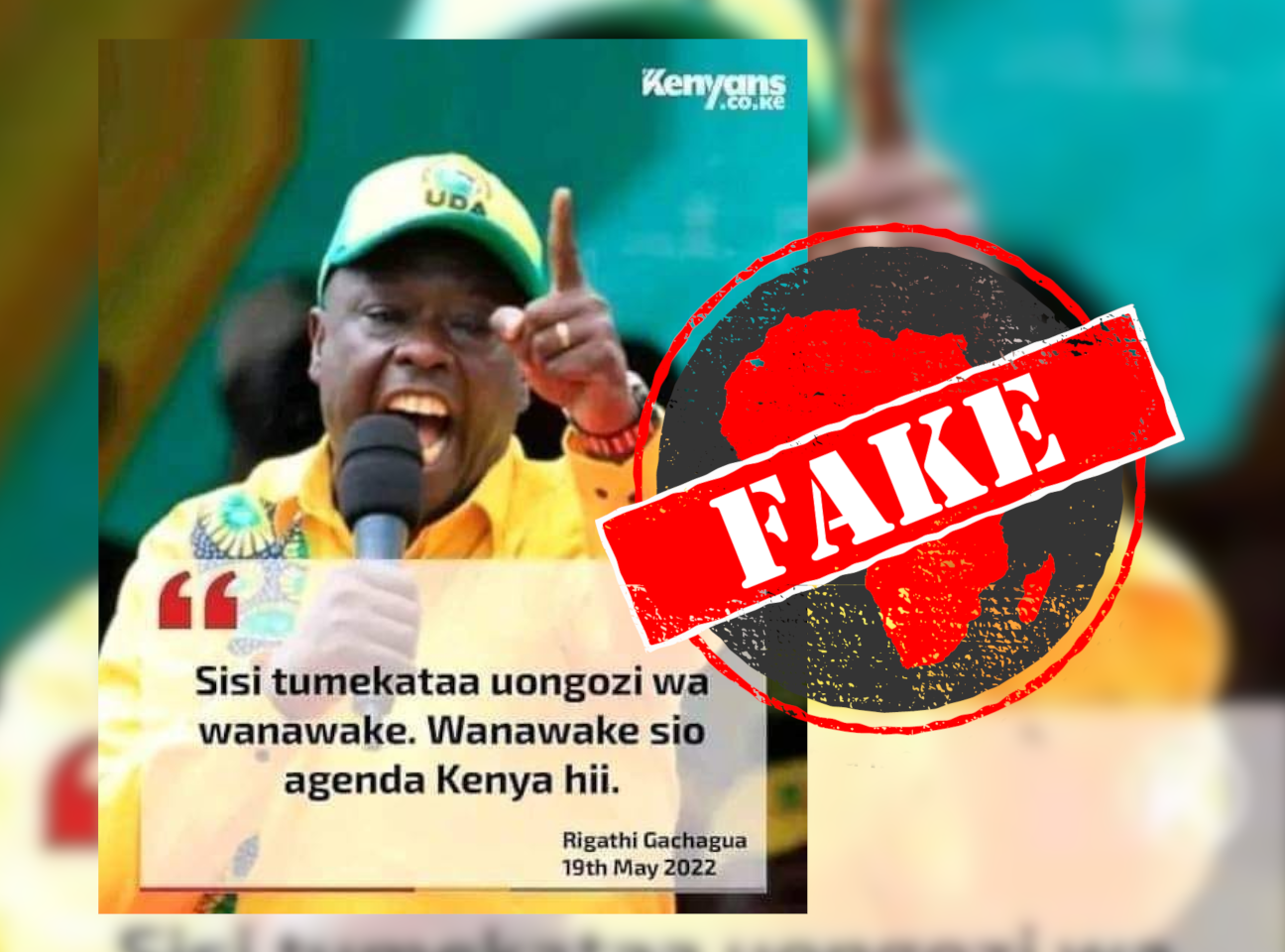 Graphic fake, quote made up

Africa Check asked Brian Muuo, the head of social media at Kenyans.co.ke, about the graphic. He said it was fake.

There is no evidence Gachagua said anything like this, or that any other media house quoted him as saying it.