A graphic circulating on Facebook in early July 2022 attributes a quote to Rigathi Gachagua, the running mate to Kenyan deputy president and presidential hopeful William Ruto.

In the graphic, Gachagua appears to congratulate a police officer for disrupting a political gathering by Martha Karua.

Karua, a former justice minister, is the Orange Democratic Movement party leader Raila Odinga’s running mate in the August 2022 general elections. The two are running under the Azimio la Umoja One Kenya coalition.

The quote in the graphic reads: “I wish to congratulate the brave police officer who threw a tear gas canister at Martha Karua; he represents the hustler aspirations, freedom is coming.”

The graphic looks as though it was published by the news website Kenyans.co.ke.

On 30 June 2022, a teargas canister was lobbed at the podium while Karua was addressing her supporters in Kisii county in western Kenya.

A police officer was later arrested and charged with attempting to injure by explosive.

Ruto and Gachagua lead Kenya Kwanza, another coalition of political parties set up ahead of the general elections. Ruto has repeatedly used “hustlers” and “hustler nation” as political slogans in his campaign. 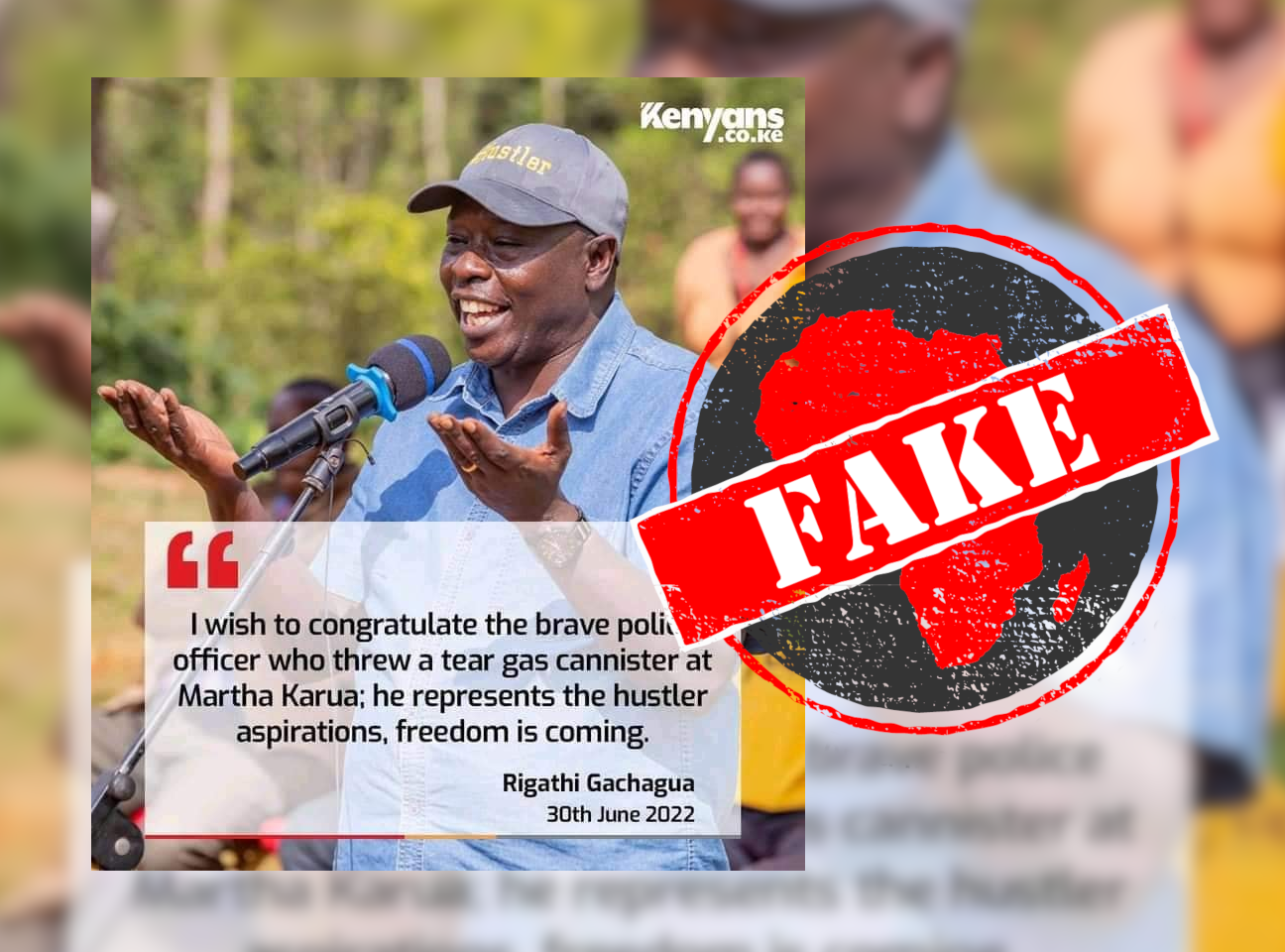 ‘We flag it as fake,’ say media house

On 2 July, Kenyans.co.ke posted the graphic on Facebook, stamped “fake”.

“This post did not emanate from our media house,” it posted. “It does not conform to the in-house branding rules and did not go through the multiple approval checks set in place to prevent misreporting. We, therefore, flag it as FAKE.”

We found no evidence Gachagua said this, or that any other media house quoted the politician as saying it.