A screenshot with a quote attributed to Kenyan parliamentarian Oscar Sudi has been shared widely on Facebook since September 2021.

It reads: “DP Ruto should dismiss all UDA affiliated MPs in Mt. Kenya immediately, they have been cheating us that Raila is unsellable in the mountain. ~Oscar Kipchumba Sudi.” The screenshot includes a photo of Sudi.

“DP Ruto” is William Ruto, Kenya’s deputy president, who while a member of the ruling Jubilee Party is associated with the recently launched United Democratic Alliance, or UDA.

Sudi is a Ruto ally, and the quote appears to be an attack on colleagues who have repeatedly sworn that the deputy president’s dominance in the region was “solid”. Odinga has recently been making inroads in the region, eating at Ruto’s popularity.

Kenya is set to hold general elections in August 2022. 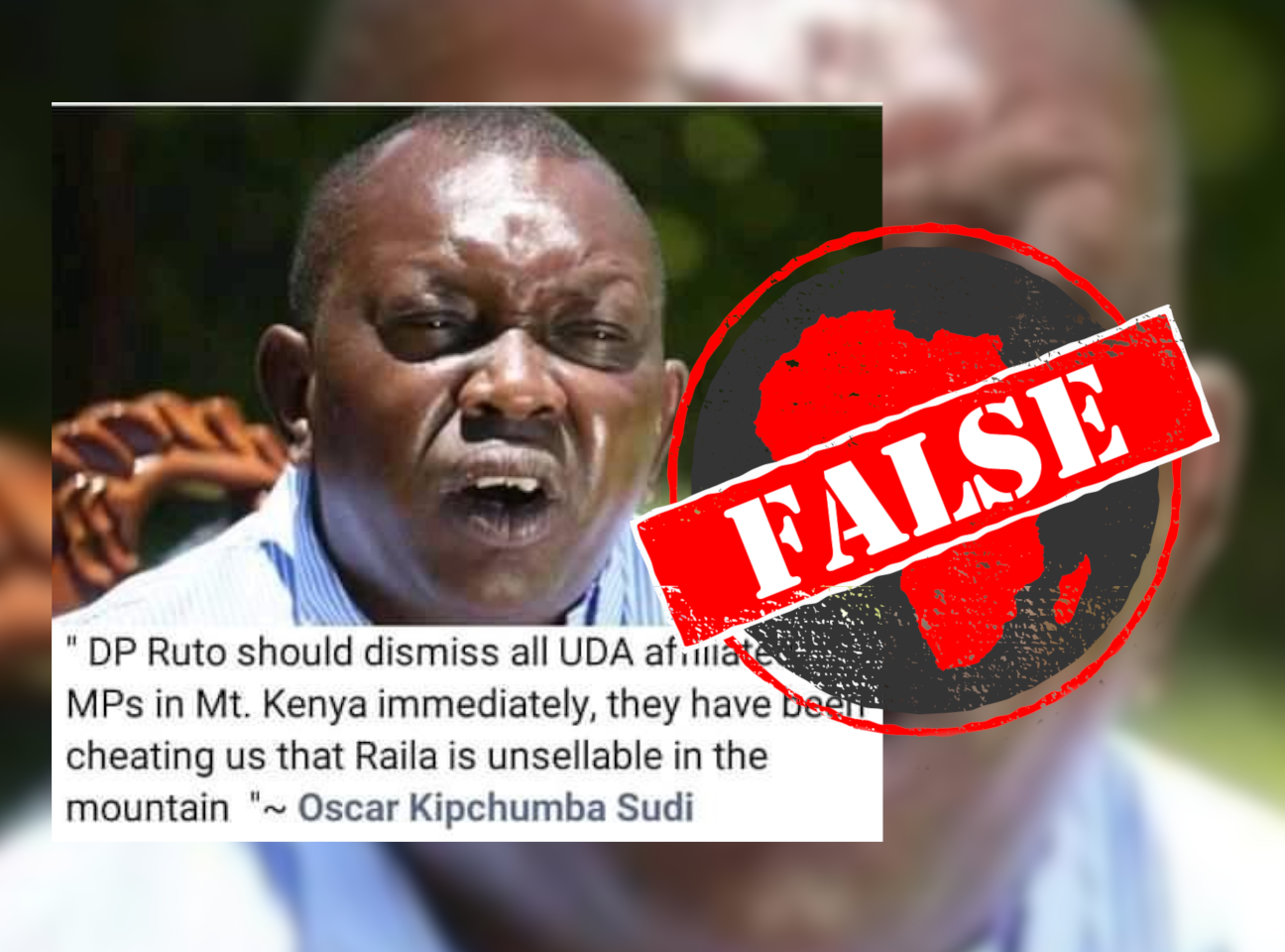 On 28 September, Sudi posted the screenshot on his official Facebook page, stamped “FAKE”.

“FAKE NEWS!” he wrote. “Please treat this as propaganda that is and a possible act of impersonation from the other side. #KaziNiKazi #HustlerNation #UDA.”