On 15 February 2022, Kenyan lawyer Paul Gicheru went on trial at the International Criminal Court (ICC) in the Hague, charged with “offences against the administration of justice” by corruptly influencing witnesses in ICC cases to do with the 2007 post-election violence in Kenya.

The ICC issued an arrest warrant for Gicheru in 2015. He surrendered himself to the court five years later, on 2 November 2020.

After Gicheru’s trial started, a video began circulating on Facebook showing the lawyer pleading guilty to the charges.

In the video, ICC judge Miatta Maria Samba asks Gicheru: “Do you understand the nature of the charges read out to you today? Do you make an admission of guilt with respect to any of the charges?”

Gicheru says he understands, and then says: “Madam president, for the record I plead guilty.”

But did Gicheru really enter a guilty plea? 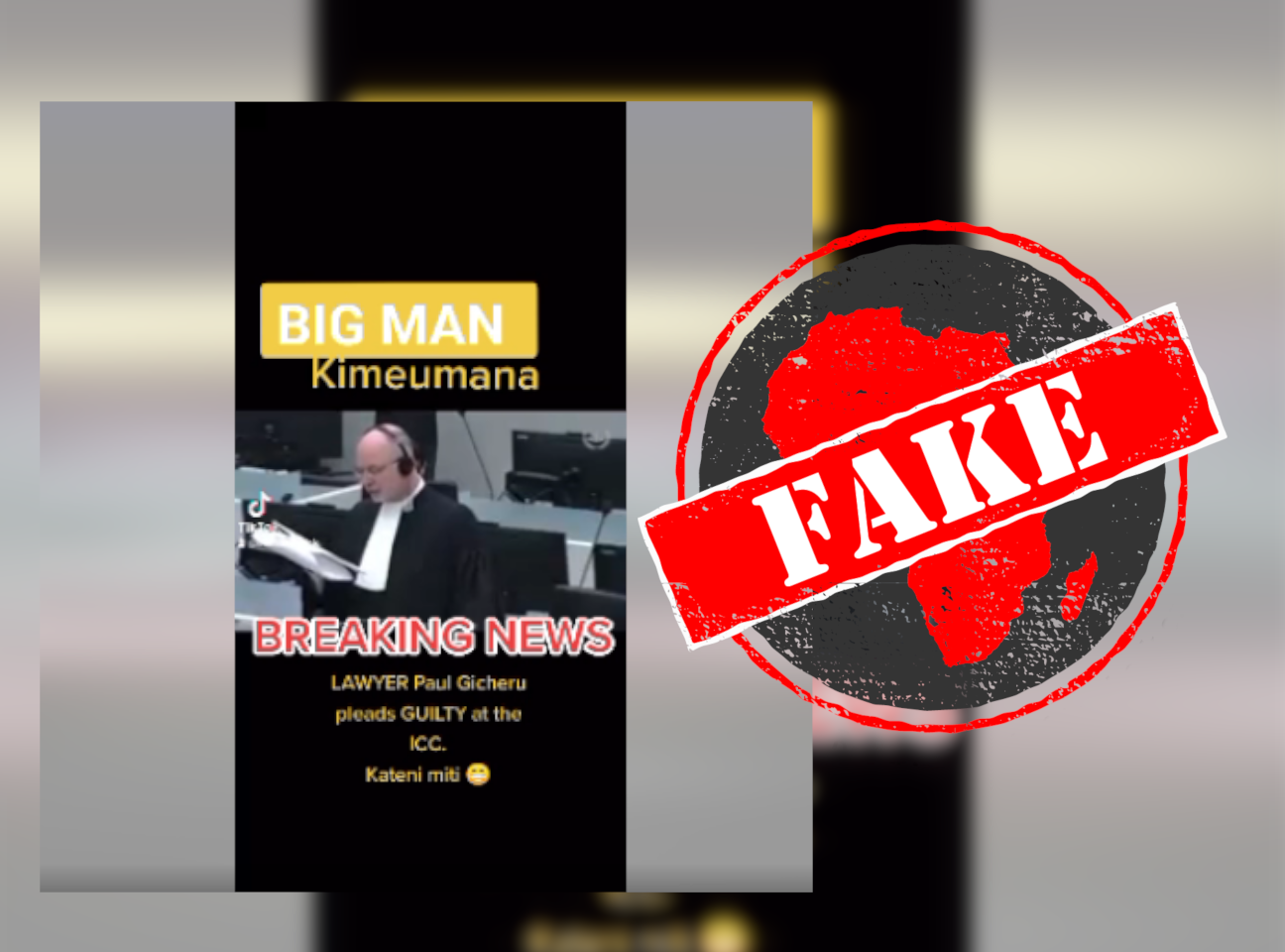 ‘For the record, I plead not guilty’

According to the ICC website, Gicheru pleaded not guilty.

A summary of the case reads: “On 15 February 2022, the trial opened before Trial Chamber III. The trial started with the reading of the charges against Mr Gicheru. The Chamber was satisfied that the accused understood the nature of the charges.”

It adds: “The accused pleaded not guilty to all the charges. The prosecution then presented its opening statements and called its first witness.”

And on 15 February, the ICC posted a video of the trial opening on its verified Facebook page.

The video shows Samba asking Gicheru to enter a plea.

He answers: “Madam president, for the record, I plead not guilty.”

The widely shared video has been doctored, removing the word “not” before “guilty”.