IN SHORT: A video showing controversial Kenyan lawyer Miguna Miguna “roughed up” by a crowd has been circulating on social media with the claim it shows him arriving in Kisumu soon after his return to Kenya from his 10-year exile in Canada. But the video is from 2012, not 2022.

A video circulating on Facebook shows outspoken Kenyan lawyer Miguna Miguna being roughed up by a crowd.

It was posted with a claim that it showed him being manhandled just after landing in Kisumu, Kenya’s third-largest city on the shores of Lake Victoria.

“Someone with phone number to Raila Odinga, call him and his team ... what they have done to Dr. Miguna Miguna in kisumu … This is uncalled for …” one user posted.

The video went viral on 28 October 2022, the day Miguna arrived in Kisumu.

Raila Odinga is the Orange Democratic Movement party leader. Kisumu county is thought of as his political backyard.

He was the presidential candidate for the Azimio la Umoja One Kenya coalition in the August 2022 Kenyan elections and enjoyed the support of former president Uhuru Kenyatta. He lost to William Ruto, who is Kenya’s fifth president.

Miguna was Odinga’s senior advisor in 2009 but the two fell out after Miguna’s criticism of Odinga in his book Peeling Back the Mask: A Quest for Justice in Kenya, published June 2012.

They appeared to reconcile in January 2018 and Miguna participated in the mock swearing-in of Odinga as the “people's president” after the 2017 disputed election.

Miguna was soon after deported to Canada by Kenyatta’s regime.

He has since been critical of both Kenyatta and Odinga, who formed a political pact in March 2018. Miguna criticised the two while in exile and was blocked from returning to Kenya.

He returned to Kenya on 20 October 2022, reportedly on the invitation of the Ruto government.

But does the video show Miguna being threatened and chased by a crowd in Kisumu soon after? We checked. 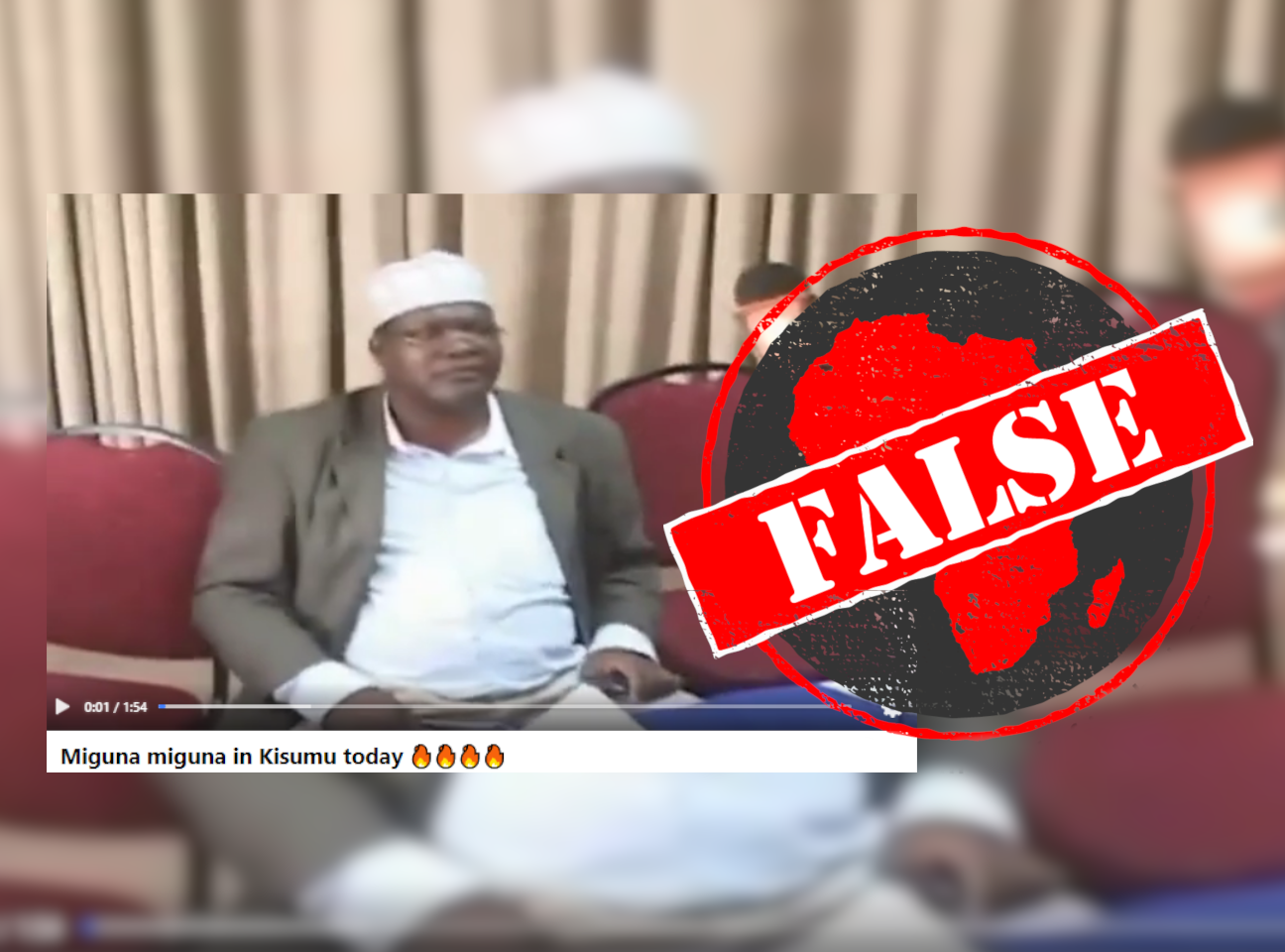 Using the keywords “miguna chased”, we searched for the video on YouTube and found it was first posted on 25 August 2012 by a local news outlet.

Miguna was launching his book in Mombasa when he encountered the rowdy crowd that opposed his criticism of Odinga.

The video does not show Miguna being roughed up in October 2022, but an incident from ten years earlier.