A photo circulating on Facebook shows Kenyan opposition leader Raila Odinga and his son Raila Odinga Junior. The son, wearing a yellow shirt and navy blue bomber jacket, is standing next to his father whose eyes are focused on a newspaper on a table.

Two words on the son’s shirt, printed in black ending in “rm” and “DA”, are partially hidden by his jacket.

The colours and slogan are associated with the United Democratic Alliance (UDA), a party marketed by deputy president William Ruto in his political campaigns.

Users who posted the photo filled in the missing words based on the hashtag used by the UDA’s #FormNiUDA, which translates from Sheng urban slang as “The trend is UDA”.

Odinga leads the Orange Democratic Movement (ODM) party and has declared he will run for the presidency in Kenya’s August 2022 elections.

The photo was also posted on a Facebook group page with more than 96,000 members.

“Kube Raila’s Son ni wa UDA...?! Or what does those words in his shirt reads..#FormNiUDA or what!!” exclaimed one user. The Kiswahili roughly translates as: “You mean Raila’s son belongs to the UDA party?”

But does the photo show the son of the ODM leader in a UDA outfit? We checked. 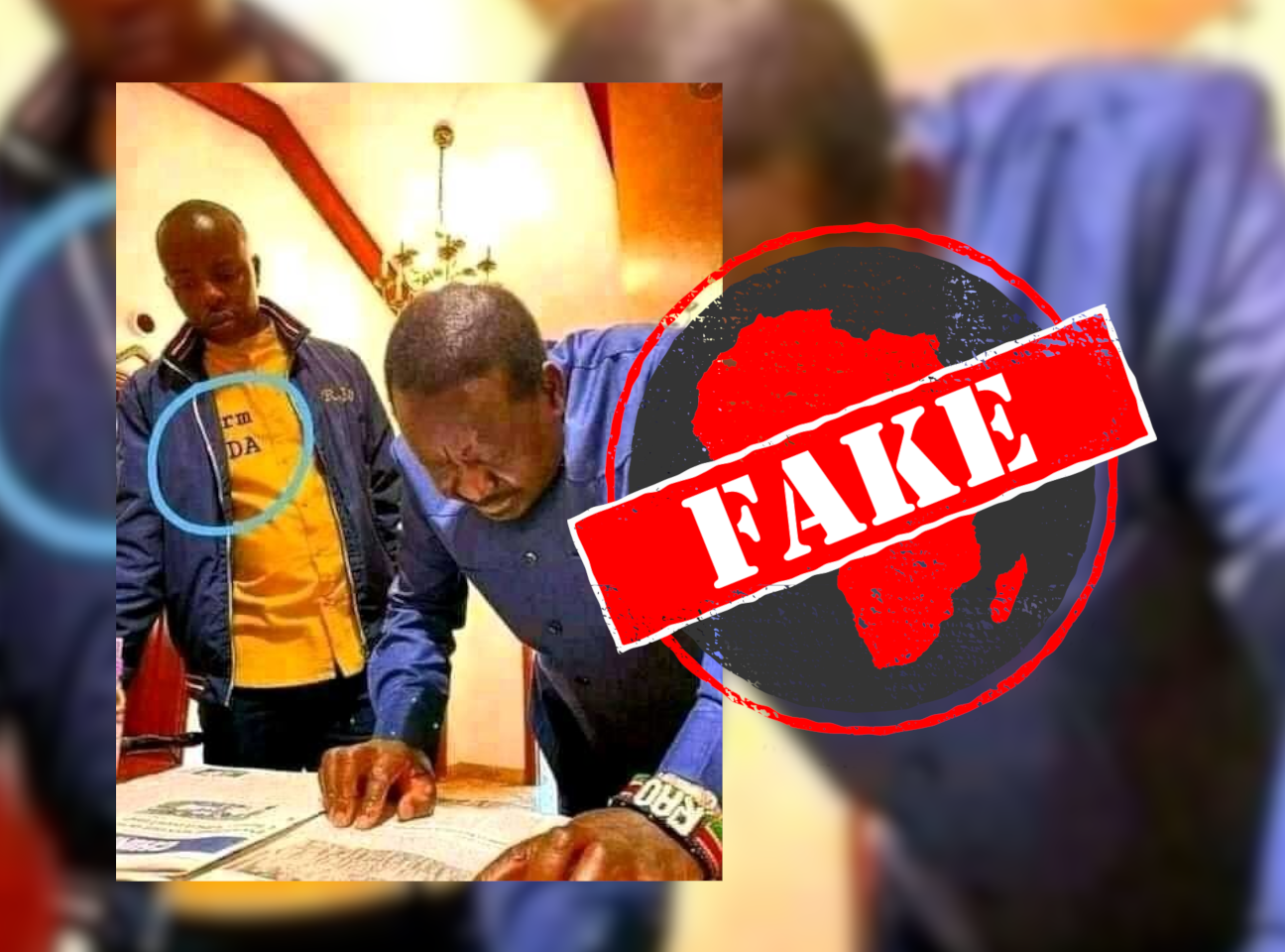 A reverse image search led Africa Check to the original photo, which the younger Odinga posted on Instagram and Facebook on 10 December 2021.

In the original, there is no lettering on his yellow shirt.