A screengrab of a Facebook post, itself doing the rounds on Facebook in Kenya, shows a photo of an eagle clutching a drone in its talons.

“Kasarani Stadium Event,” its text reads. “An eagle has disrupted live coverage by Citizen TV after it grabbed a drone flying above the stadium. Police have tried to shoot down the bird in an attempt to recover the drone.”

On 6 August 2022, presidential candidate Raila Odinga held his final campaign rally at the Kasarani stadium in the outskirts of Nairobi, the capital. Kenyans voted in general elections three days later.

But was Odinga’s rally disrupted as police fired at an eagle that had snatched a Citizen TV drone? We checked. 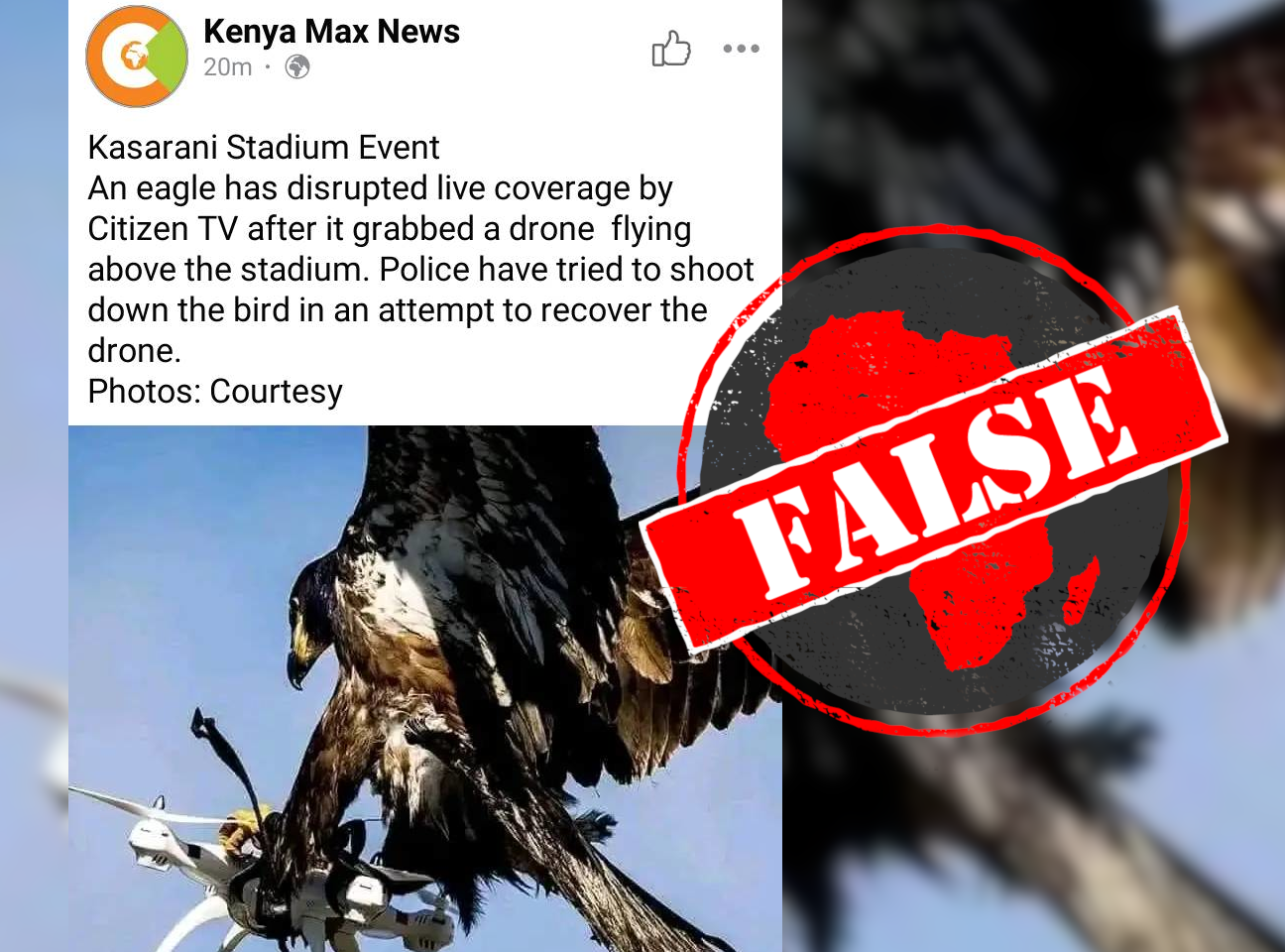 Eagle of the Guard from Above company

A TinEye reverse image search reveals that the photo has been online for more than six years.

It appears in a BuzzFeed article dated 12 March 2016, credited to Koen van Weel, a stringer for the stock photography site Getty Images.

Its caption reads: “An eagle of the Guard from Above company, grasps a drone during a police exercise in Katwijk, on March 7, 2016. The bird of prey can get drones from the air by catching them with his legs.”

The photo was taken in Katwijk, a town in the Netherlands, and not in Nairobi.

We also reviewed footage of Odinga’s rally, and there were no gunshots. There have been no reports of the disruption by the authorities or the media, and Citizen TV did not report losing a drone.