“Polycap Igathe threatens to bolt out of Nairobi gubernatorial contest following Azimio - One Kenya allied MCAs joint decision to decline campaigning for him,” begins a breaking news graphic seemingly produced by the Standard, a Kenyan newspaper.

“According to MCAs, Igathe is a bully and dictator character that might instigate more pain to the people of Nairobi when elected governor,” it continues. “Igathe also accused a host of Azimio legislators for secretly supporting UDA candidate.” (Some versions end with “supporting Sakaja candidature”.)

Businessperson and politician Polycarp (not Polycap) Igathe is running for governor of Nairobi county under the Azimio la Umoja One Kenya coalition in Kenya’s 9 August elections. Nairobi is Kenya’s capital.

Current Nairobi senator Johnson Sakaja of the United Democratic Alliance, or UDA, is a rival for the governorship. The UDA is part of the Kenya Kwanza coalition.

MCA is short for member of the county assembly.

The graphic can also be seen here, here, here and here on Facebook.

But did the Standard really report that Igathe had threatened to pull out of the race because Nairobi legislators in the Azimio coalition thought him a bully and wouldn’t campaign for him? Or is the graphic fake? 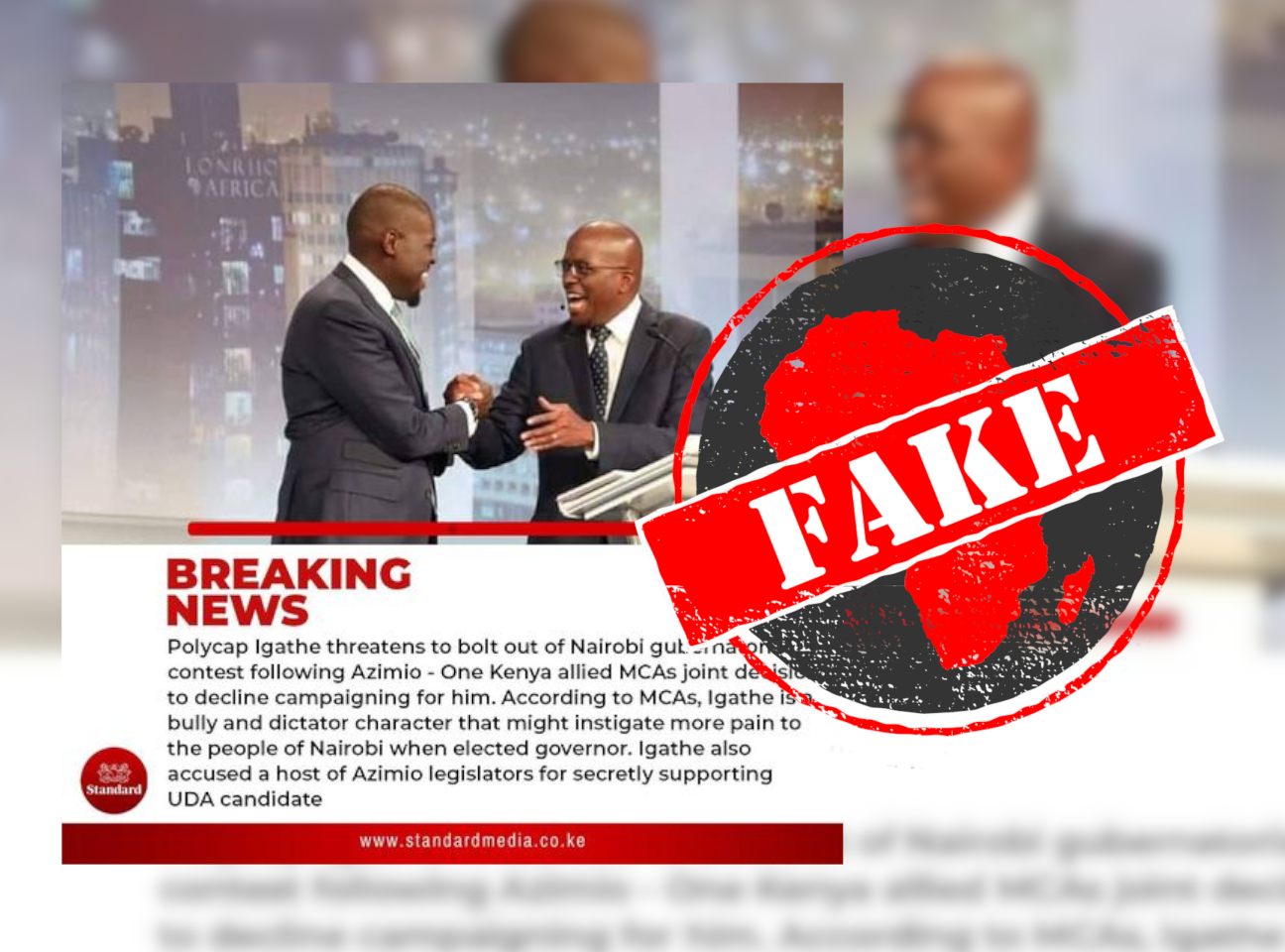 The first sign that all is not as it seems is the graphic’s generally poor writing – not only “Polycap”, but also “MCAs joint decision”, “a bully and dictator character” and more. This would be unlikely from the Standard.

Africa Check searched for any article reporting the news on the Standard’s website and came up empty.

On 17 July, the Standard posted the graphic on its verified Facebook and Twitter pages, stamped as fake.

“FAKE NEWS ALERT: This is NOT a genuine post from Standard Digital. Be cautious NOT to fall for political propaganda and deep fakes during this electioneering season. For GENUINE newspaper front pages, follow @StandardKenya,” it cautioned.