A graphic circulating on Facebook lists a series of demands Kalonzo Musyoka, leader of Kenya’s Wiper Democratic Movement, has supposedly made to presidential candidate Raila Odinga.

It shows a photo of Musyoka and the logo of TV channel KTN News Kenya, and reads:

-Written guarantee on Chief Minister role and security of tenure

-Official office next to Harambee house

The graphic started circulating after Odinga, leader of the Orange Democratic Movement, offered Musyoka a chief minister role should he win the top job in the August elections. The Wiper leader had been hoping to be named Odinga’s running mate, but lost out to Narc Kenya head Martha Karua.

The graphic has also been posted here, here and here.

But did KTN News really report that he had issued this set of demands? We checked. 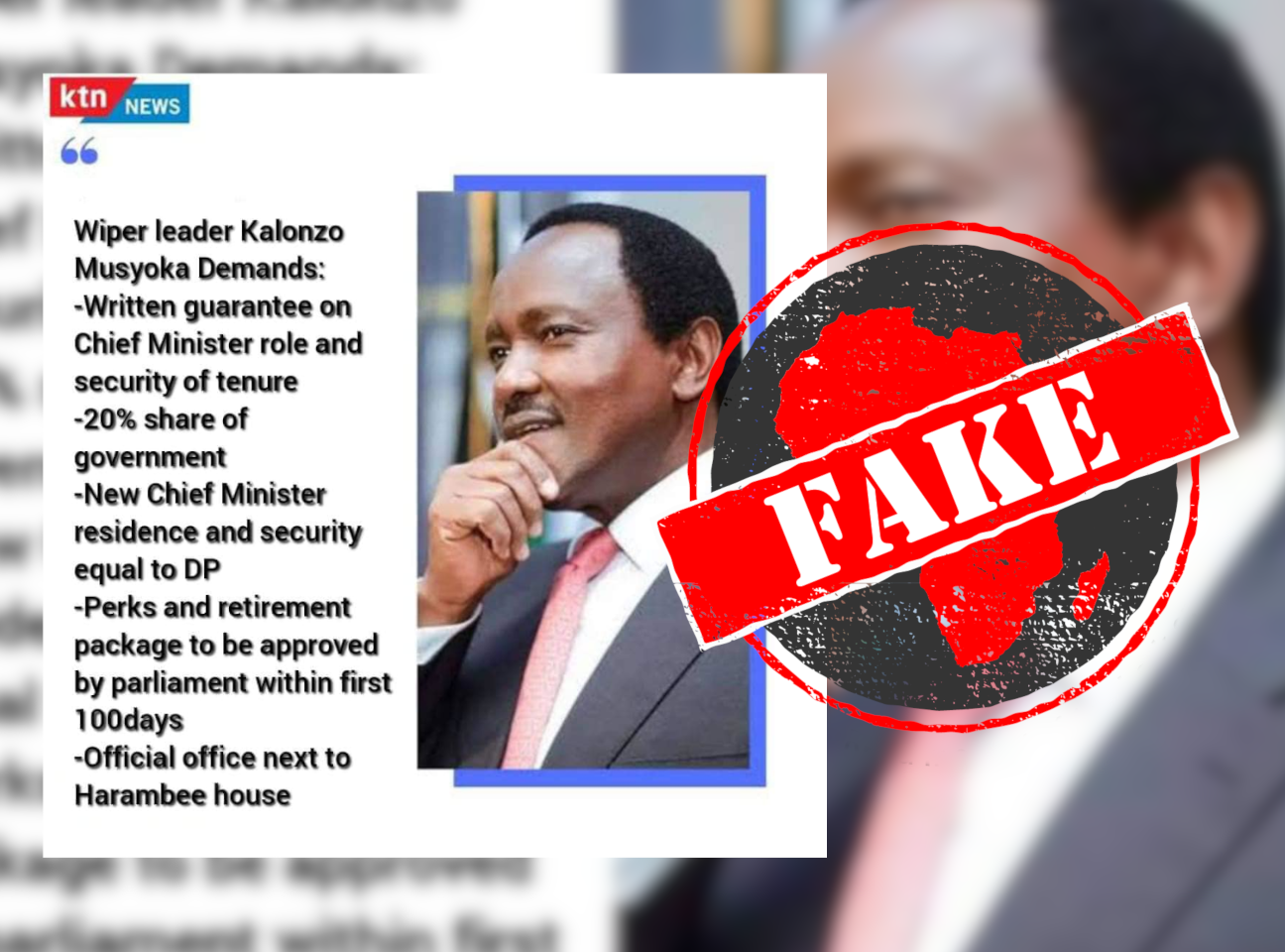 On 18 May the channel posted the graphic on Facebook, stamped “FAKE NEWS”.

“FAKE NEWS ALERT: This is NOT a genuine post from KTN News,” it wrote.

“Be cautious NOT to fall for political propaganda and deep fakes during this electioneering season. For GENUINE news updates VERIFY from our accounts @StandardKenya and @KTNNewsKE."