Gachagua is the running mate of Kenyan deputy president William Ruto, who is vying for president in the general elections scheduled for 9 August 2022.

The 11-second clip shows Gachagua speaking in the Kikuyu language, in what looks like a radio interview.

The English subtitles in the clip read: “Instead of having one big company like Safaricom paying taxes, we will kill it and give that money to the people as handouts.”

The logo of Citizen Digital, a Kenyan news website, appears in the top-left-hand corner of the video clip.

But did Gachagua really say his party would kill Kenya’s most valuable company if elected to power? 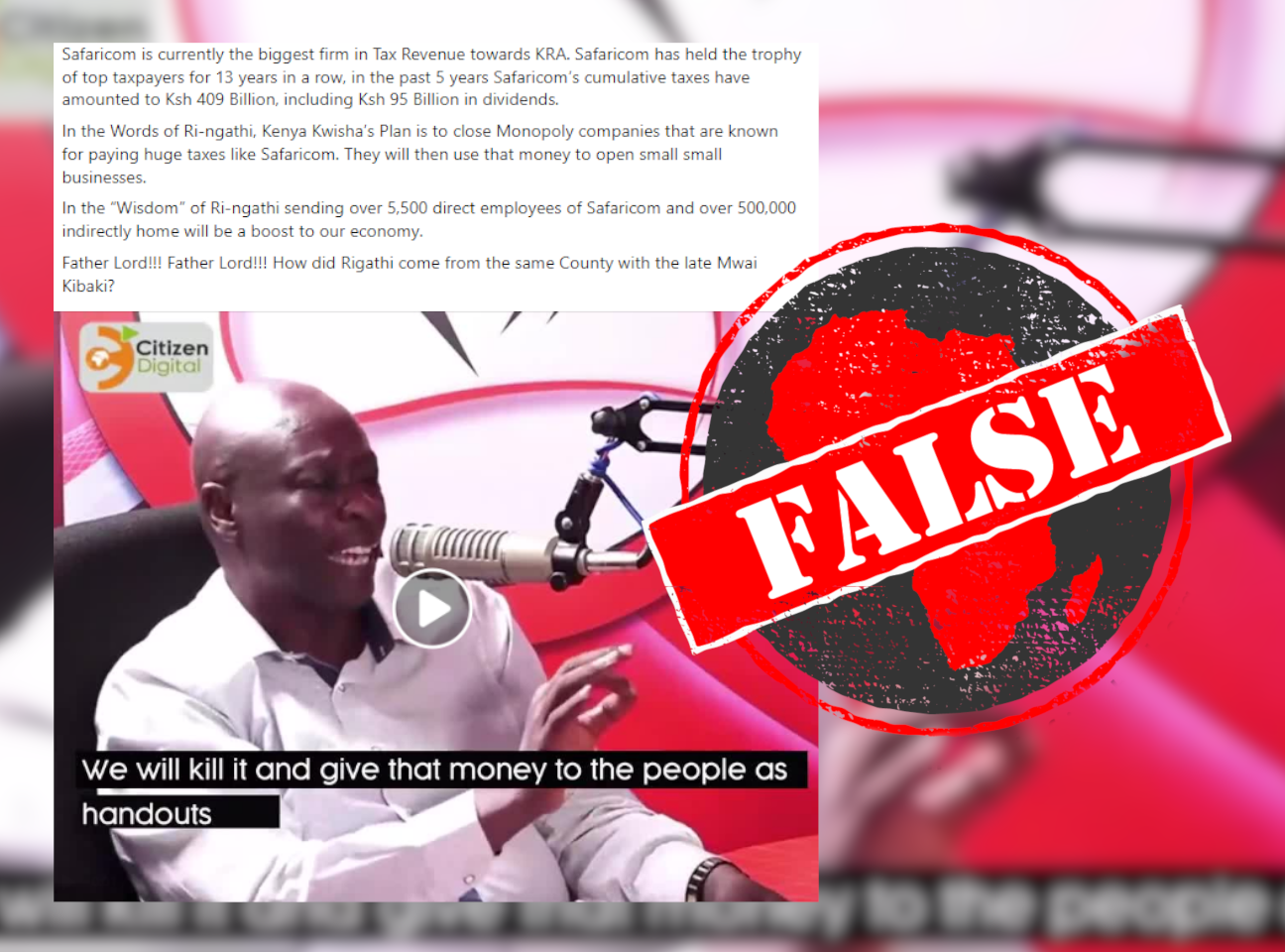 This translates to: “... Instead of having one large company called Safaricom paying taxes, if you take the same money of that large company and distribute it a little by little to many people …”

But the clip ends abruptly, with Gachagua mid-sentence.

We searched for the interview on the Kikuyu-language radio station Inooro FM, which is affiliated to Citizen Digital. We found the full interview on the station’s Facebook page and a YouTube user had also uploaded it to YouTube.

These versions of the interview were not subtitled in English.

Gachagua spoke about the annual government bailouts to loss-making Kenya Airways, the country’s national airline carrier. He spoke about his party’s bottom-up economic model, saying the goal was to increase the tax base, instead of relying on a few large corporations to pay taxes.

This translates to: “In other words, what we are saying is that the focus of this country should change. We should grow the businesses of the small scale business people, who are many. Kuria, instead of having one big company called Safaricom paying taxes, if you take the same money of that large company and distribute it little by little to many people who will in turn pay small taxes, put together their taxes will amount to 30 times the taxes paid by the big company.”

Gachagua did not say his party would “kill Safaricom” and redistribute the money as handouts. Misleading subtitles have been added to the widely shared clip.

We previously fact-checked a fake press statement, which made similar claims about the mistranslated interview. Like that statement, the claims made about this short video clip are also false.