The headline on what seems to be the 22 to 24 January 2021 edition of Kenya’s the Star newspaper, posted on Facebook, suggests that senator Samson Cherargei has accused fellow politician Moses Kuria of being a spy for president Uhuru Kenyatta.

The implication is Cherargei said Kuria, MP for Gatundu South and member of the ruling Jubilee Party, is pretending to be an ally of deputy president William Ruto while actually remaining close to Kenyatta. Ruto intends to run for the presidency in 2022, and Kuria recently defended Kenyatta from a personal attack by former Nairobi governor Mike Sonko.

The front page shows a photo of Kuria. Data from CrowdTangle, Facebook’s public insights tool, shows that it has attracted 3,109 interactions so far, in 69 Facebook posts.

We searched for the story on Google but could not find it on the Star’s website. Did the paper really publish this headline on the front page of its 22 to 24 January edition? 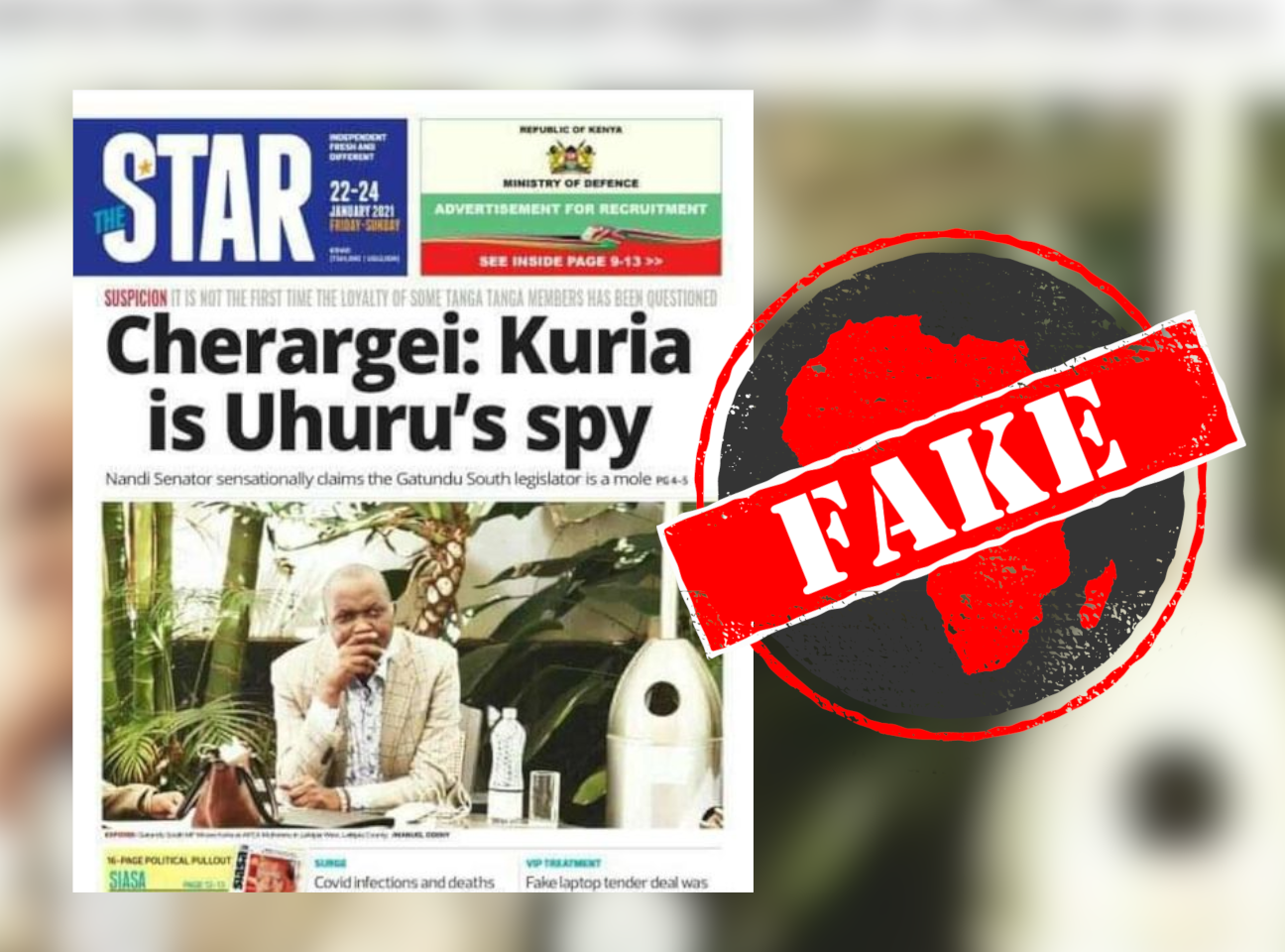 On 22 January the Star posted the page on Twitter, stamped “FAKE”.

It shared the real front page alongside it. Here the headline reads: “BBI: Uhuru’s plan to win over Mt Kenya”.

The summary below adds: “Top state officials to explain projects being implemented by the government.”

And instead of a photo of Kuria, the real front page shows three pictures of a “heroic” boy with “shrivelled limbs” who “dreams of being an eye doctor”.