Kenya’s Machakos county is set to hold a by-election for its senate seat on 23 March 2021. This comes after the death on 11 December of Boniface Mutinda Kabaka, the county’s senator since 2017.

The Wiper Party has nominated Agnes Kavindu, ex-wife of former Machakos senator Johnstone Muthama, as its candidate for the by-election.

In January a graphic carrying the logo of the Nation newspaper and a quote attributed to Muthama was posted on a Facebook group page with more than 120,000 members.

“It is shameful for the Wiper party to nominate my Ex-wife as their candidate for Machakos Senator position for they know I excellently groomed her politically and now she is the strongest candidate right now,” the quote reads.

“Wiper party is using her to settle political scores and for this reason, I choose to withdraw from the race and wish my Ex-wife all the best.”

In July 2020, the Wiper Party ejected Muthama for insubordination and defiance. He then moved to the United Democratic Alliance, which has announced Urbanus Ngengele as its candidate for the Machakos by-election.

Did Nation really quote Muthama bashing Wiper’s nomination of his ex-wife? We checked. 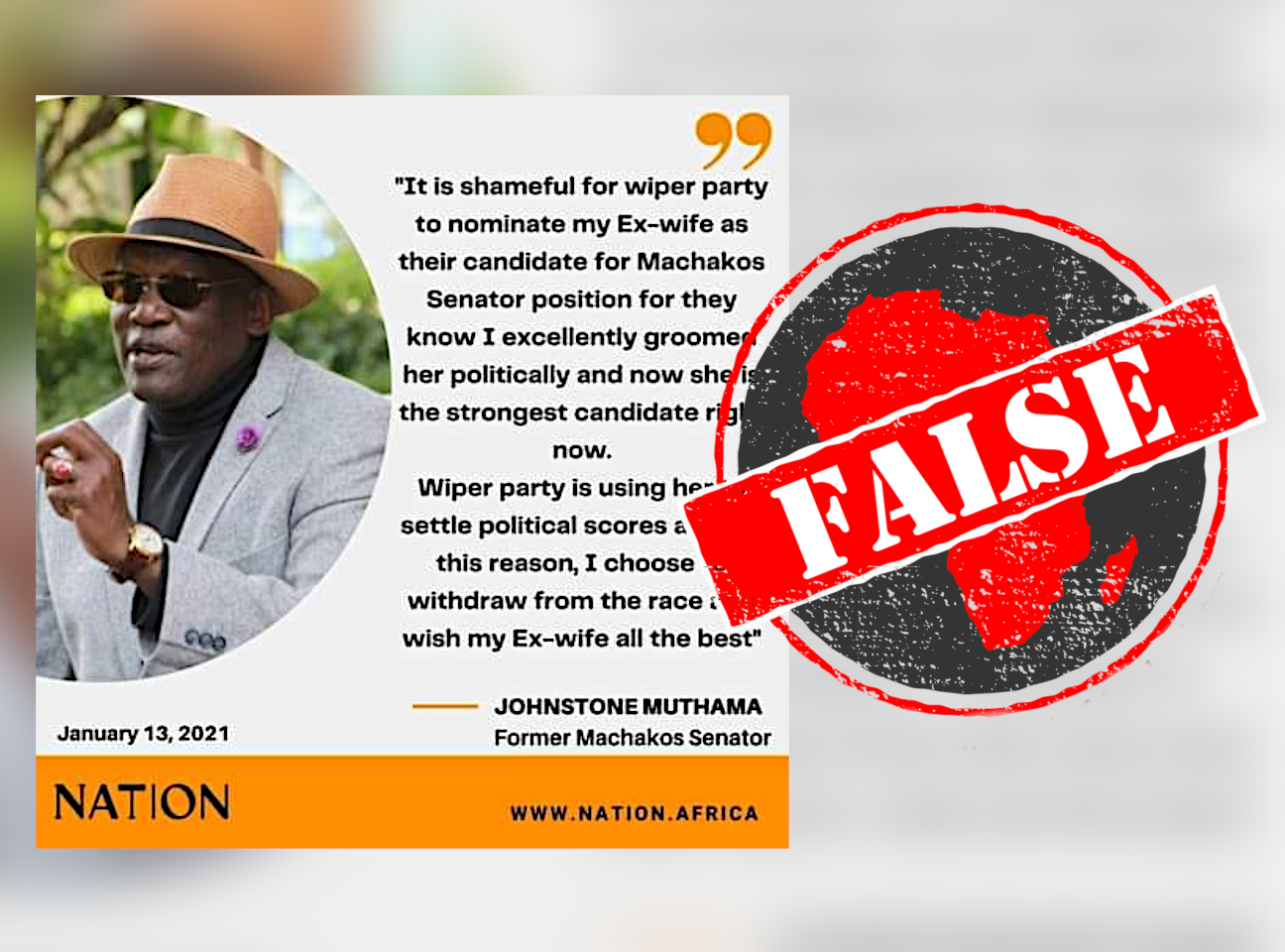 On 14 January, Nation posted the graphic on its verified Facebook page – stamped “FAKE” in red.

“FAKE NEWS ALERT! Please be advised that the quote doing rounds on social media is a fake. Do not fall for fake news,” the post reads.