An image that appears to be the front page of Kenya’s Star newspaper claims the country’s president settled the bill for his deputy’s HIV treatment.

Eugene Wamalwa is a Kenyan politician and the cabinet secretary for defence. Uhuru Kenyatta is the country’s president, and William Ruto is his number two.

A sentence below the headline adds: “DP [deputy president] Ruto has a rare aggressive HIV strain and has been attending clinical sessions in Turkey paid for by the president.”

Ruto is pictured with a blood pressure monitor on his upper arm.

The page, dated 14 July 2022, gives the reason why Kenyans should pay attention to the story: “As a sitting DP, Ruto’s health is matter of national concern.”

The once-cordial relationship between Kenyatta and Ruto has broken down. Kenyatta will leave office after the August elections and, with Wamalwa, is backing former foe Raila Odinga as his successor.

Ruto is also in the race to succeed his boss.

During campaigns leading up to the elections, the country's media landscape has grappled with a wave of false stories.

But did the paper really publish such a sensational story in its 14 July issue? 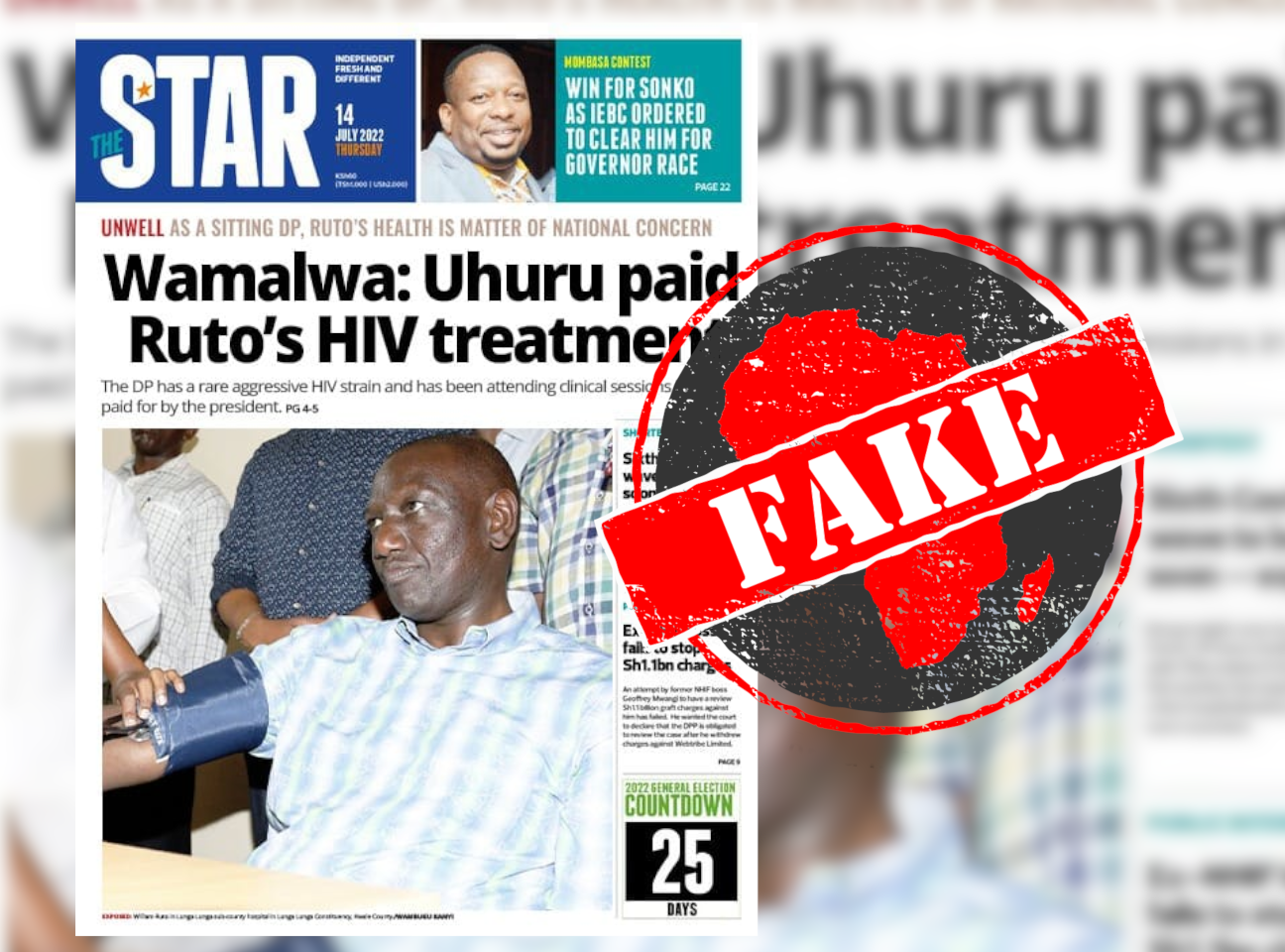 On searching the e-paper section of the Star, we discovered that the 14 July edition had a different headline. This section shows how the newspaper appeared in print on the day.

The headline on the legitimate front page of 14 July 2022 is: “KU land tussle linked to control of hospital.”

KU is Kenyatta University, which has been in the public eye due to a land saga that roped in Kenyatta.

“If it is not on our official pages, it is FAKE! Get the real copy by visiting http://mgazeti.com,” the paper wrote on Twitter.