On 15 August William Ruto was declared the winner of Kenya’s 2022 presidential election. The result was disputed by Raila Odinga, his main rival, who a week later filed a petition in the supreme court to challenge the win.

Odinga heads the Azimio la Umoja One Kenya coalition of political parties. Ruto is the leader of the Kenya Kwanza alliance.

Soon after Odinga’s filing, an image started circulating on Facebook with the claim it showed the evidence of election irregularity he had submitted to the court.

In the image, Odinga is standing with a crowd of people behind two boxes. With him is Narc Kenya party leader Martha Karua, his running mate, and Siaya county governor James Orengo.

Just days before the election, at least three opinion polls showed Odinga leading the race for president. Billboards with the poll results soon appeared alongside major roads, in a  campaign strategy that attracted mixed reactions.

During his campaign, Ruto accused Odinga of sponsoring opinion polls, and said his rival would use them as a pretext for rejecting the results if he were defeated. The Facebook users who posted the image appear to support Ruto’s accusations by mocking Odinga.

But does it really show Odinga presenting opinion polls as evidence in his supreme court case? We checked. 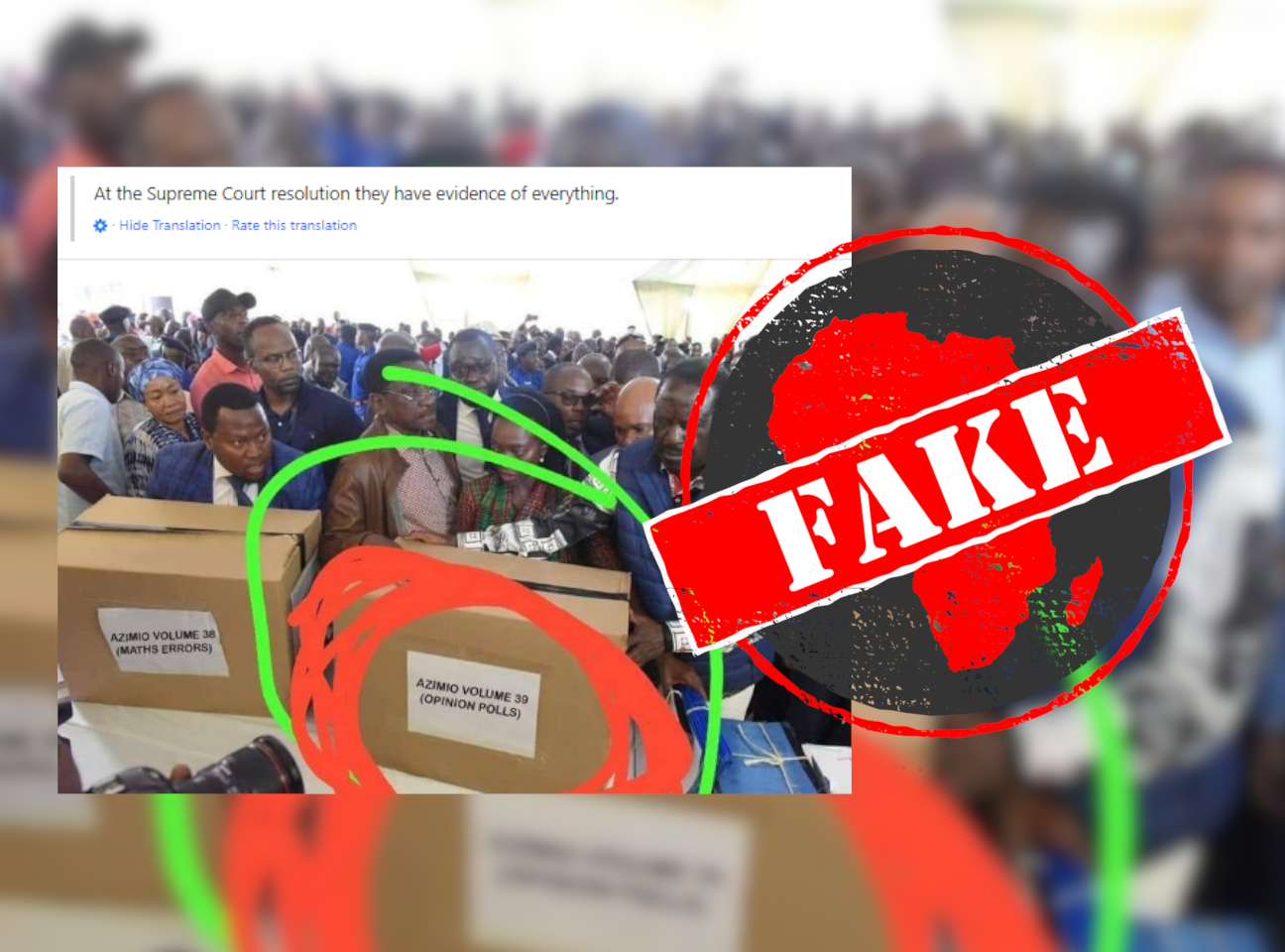 No ‘opinion polls’ or ‘maths errors’

A reverse image search reveals that Orengo posted the original photo on Twitter on 22 August, the day the petition was filed. The governor is one of the lawyers representing Odinga in the case.

The image does show some of the evidence submitted to the court, but the labels have been altered.

For more information on polling during Kenya’s election season, see our guide.