Kenyan presidential hopeful Odinga ‘beaten like a dog’ in November 2021? No, photo of small town political rivals brawling in 2016

A photo of two men fighting on a raised platform was posted on Facebook on 6 November 2021 with the claim it shows Kenyan opposition leader Raila Odinga being “beaten like a dog” at a political rally in Nyandarua county.

Odinga visited Nyandarua on 6 November to campaign for his 2022 presidential bid. But videos of the tour don’t show any brawling.

Was Odinga attacked on stage in Nyandarua? 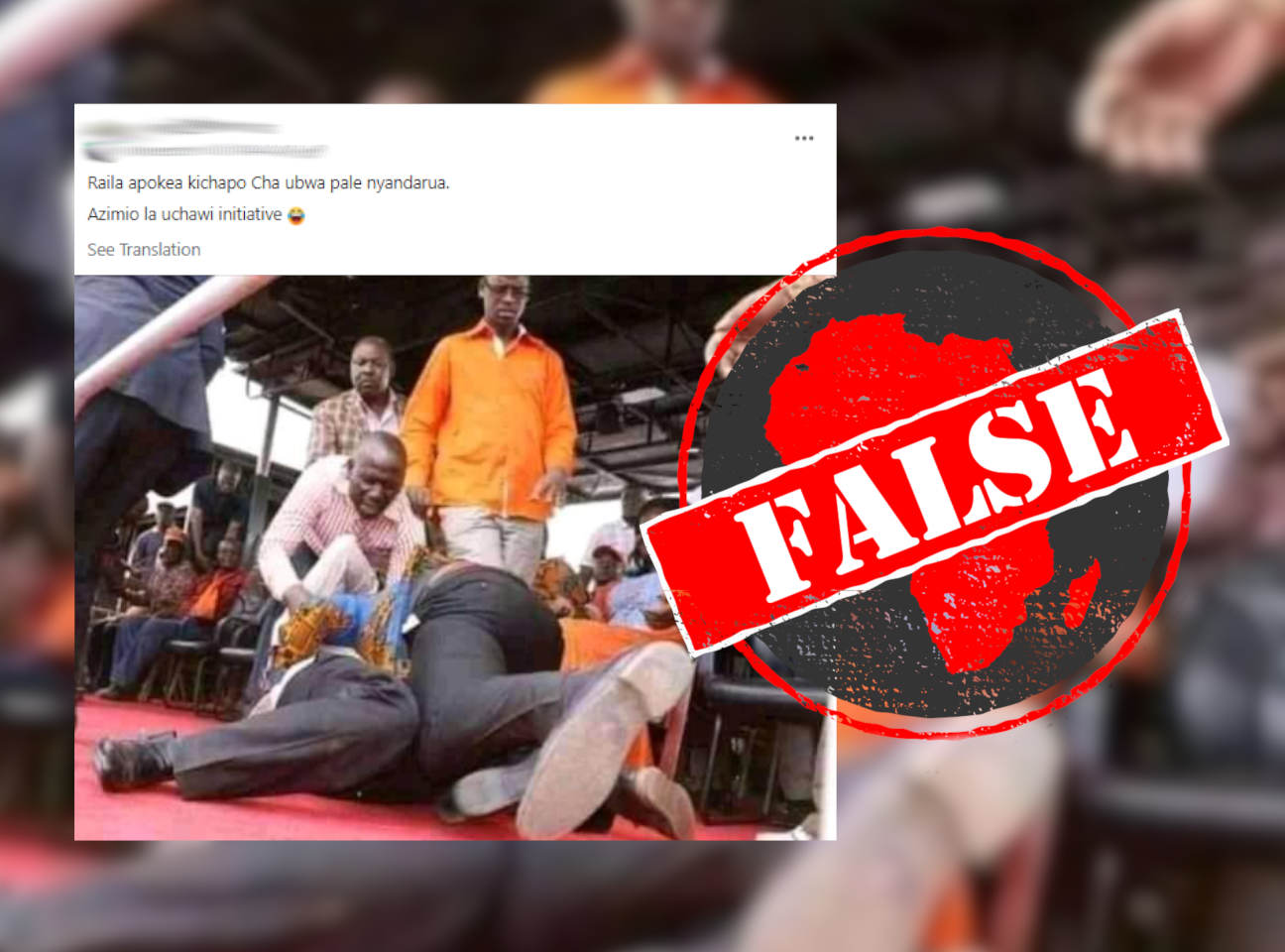 A Google reverse image search reveals that the photo was taken in 2016, in the western Kenyan tourist town of Homa Bay. Neither man is Odinga.

The men in the frame were Homa Bay legislator Peter Kaluma and rival politician Washington Ogaga. News photos captured the two exchanging blows and brawling on the ground before being separated.

According to a news report, the fighting took place before Odinga arrived at the venue.