“There are reports that at around 6.30 pm this evening, Azimio La Umoja Presidential flag bearer Raila Odinga collapsed at his Karen residence due to exhaustion,” its caption reads.

“Jakom, we need you strong and healthy so that you can concede healthily on 10th August. Wishing you more years.”

Odinga is running for president in Kenya’s August general elections under the Azimio la Umoja One Kenya coalition ticket.

He will face deputy president William Ruto, who heads the Kenya Kwanza alliance, and two other presidential candidates.

But is the photo evidence that Odinga collapsed recently? We checked. 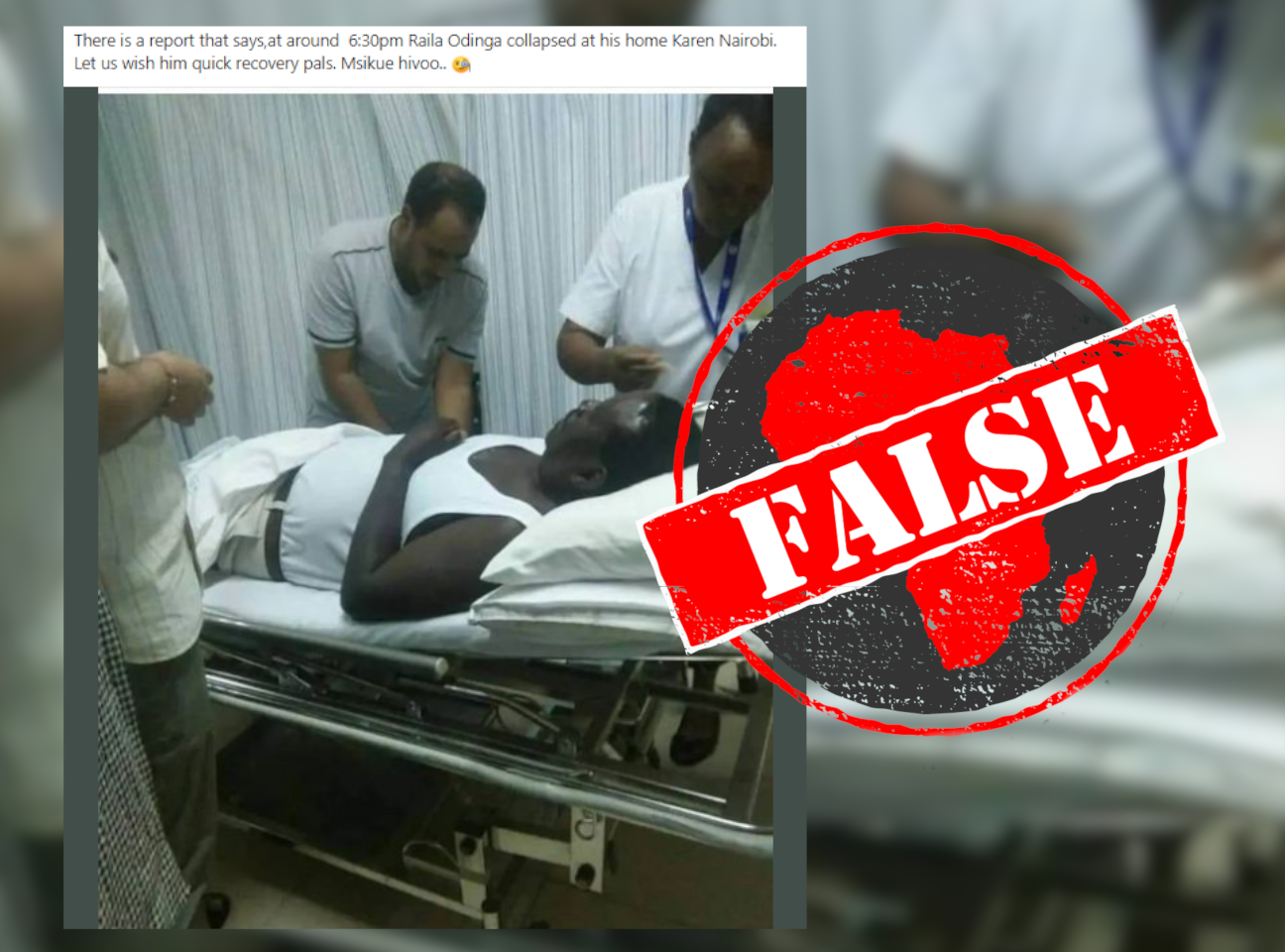 The photo started circulating on 24 June, but Odinga was actively on the campaign trail on that day and the day after.

There was no statement from his communication team about the collapse, and no credible news reports of it either.

A reverse image search of the photo shows it is more than four years old.

It was published by Nairobi News in July 2017 under the headline: “Raila rushed to hospital over suspected food poisoning.”

At the time, Odinga was the National Super Alliance presidential candidate.

The article quoted Odinga’s spokesman Dennis Onyango saying that the politician could have suffered food poisoning while in Mombasa county.

The photo does not show Odinga in June 2022.