“Isaac Lenaola received $1.7 million from Shollei,” reads the headline on what appears to be the front page of the Star, a Kenyan newspaper.

Text below the headline reads: “A CCTV footage we exclusively obtained from the Karen Blixen Hotel’s car park captures the supreme court judge collecting the money in cash from the Uasin Gishu Women Rep.”

Shollei is the woman representative in parliament for Uasin Gishu county in western Kenya.

Lenaola is one of seven supreme court judges who will be hearing an election petition submitted by Azimio coalition leader and losing presidential candidate Raila Odinga.

Odinga rejected the outcome of the 9 August presidential election that saw his rival, William Ruto of the Kenya Kwanza coalition, declared the winner.

The court will deliver its ruling on 5 September.

Shollei is a key ally of Ruto. The newspaper headline suggests that she bribed Lenaola to rule on the petition in the president-elect’s favour.

But is it real? We checked. 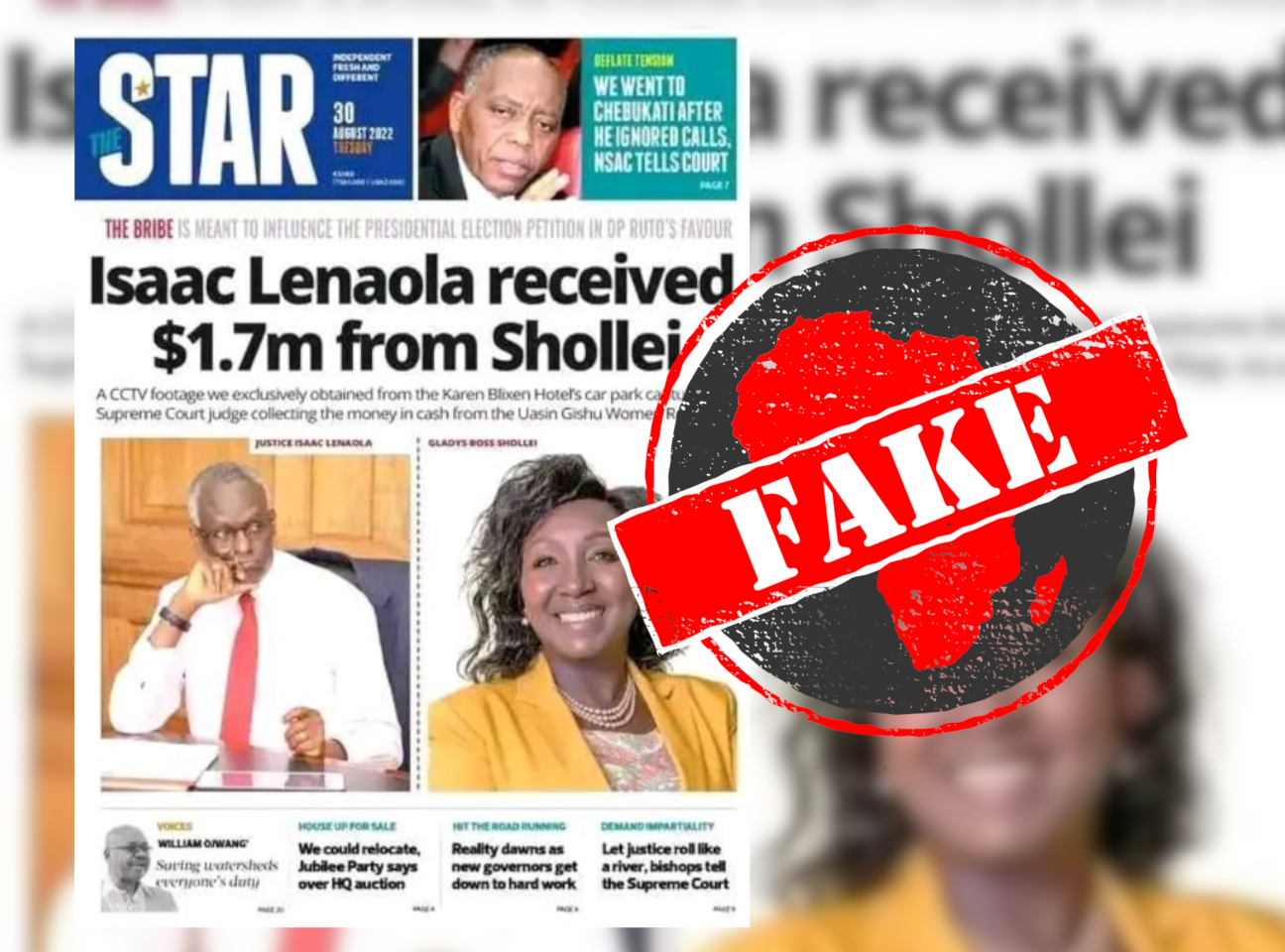 ‘Why petition is litmus test for seven judges’

On 30 August, the Star posted the front page on Facebook, stamped as “fake”.

“If it is not on our official pages, it is FAKE! Get the real copy by visiting mgazeti.com,” the paper said in the post.

We found the original front page of the Star’s 30 August issue on mgazeti.com. The headline is: “Why petition is litmus test for seven judges.”