A screenshot has been shared on Facebook in Kenya, suggesting Dr John Mosonik, who is running for governor in Bomet county, has decided to vie for the Sotik constituency parliamentary seat instead.

Sotik is one of five constituencies within Bomet county in southwestern Kenya. General elections are scheduled for August 2022.

The screenshot, shared on 14 February, appears to be of a social media post by Citizen TV. It shows what looks like Mosonik’s campaign poster next to a photo of current Bomet county governor Hillary Barchok.

Text in the screenshot reads: “Update: Dr. Eng. John Mosonik, CBS scales down his political ambitions and opts for the Sotik Parliamentary seat. Says he will support the incumbent Governor Prof. Hillary Barchok and work closely with him to paint Bomet yellow.”

Barchok will be seeking re-election on the United Democratic Alliance, or UDA, ticket in the upcoming August election. The UDA’s party colours are yellow and green.

Mosonik has been serving as chief administrative secretary in the country’s petroleum and mining ministry but has expressed interest in the Bomet governor’s seat. He would also represent the UDA.

Has Mosonik decided to check his ambitions and run for the Sotik parliamentary seat instead of for governor of Bomet? We checked. 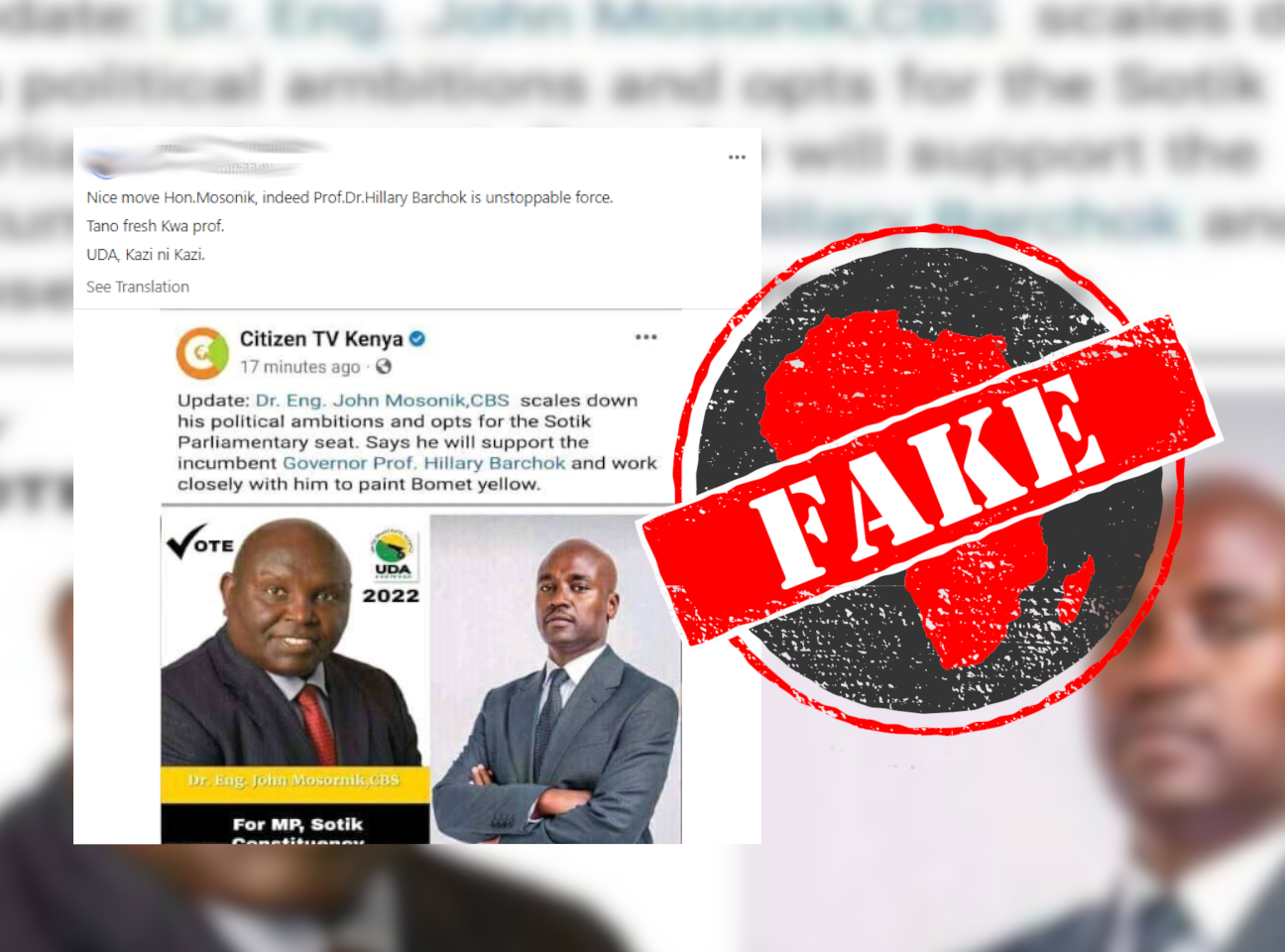 On 16 February, two days after the screenshot was shared, we found a video on Mosonik’s Facebook page showing he was still campaigning for the Bomet governor seat.

The video shows Mosonik at a rally where people in the crowd are holding placards with his election posters – for governor.

We asked Citizen TV’s digital editor Njeri Ngugi if the screenshot was of a real Facebook post by the media house and she responded: “This is fake."