“Diaspora Update!!!” reads a message circulating on Facebook since 9 August 2022. “Voting has ended at Kenya High Commission in Sydney, Australia. All 223 Kenyans had voted, (100% Turnout) and the polling officials had no otherwise but to count the votes.”

It then gives the supposed results of the Australian votes for president in Kenya’s 9 August general elections. Some versions show an overwhelming majority for deputy president William Ruto, while others give former prime minister Raila Odinga the lead.

Odinga and Ruto are the frontrunners in the presidential race.

While all versions of the message say the voting took place in Australia, some claim it was in Canberra, the capital, and others claim it was in Sydney, the country’s largest city.

Kenyans living in the diaspora vote for president at embassies and consulates. Kenya has a high commission in Canberra, but did Kenyans in Australia vote on 9 August? We checked. 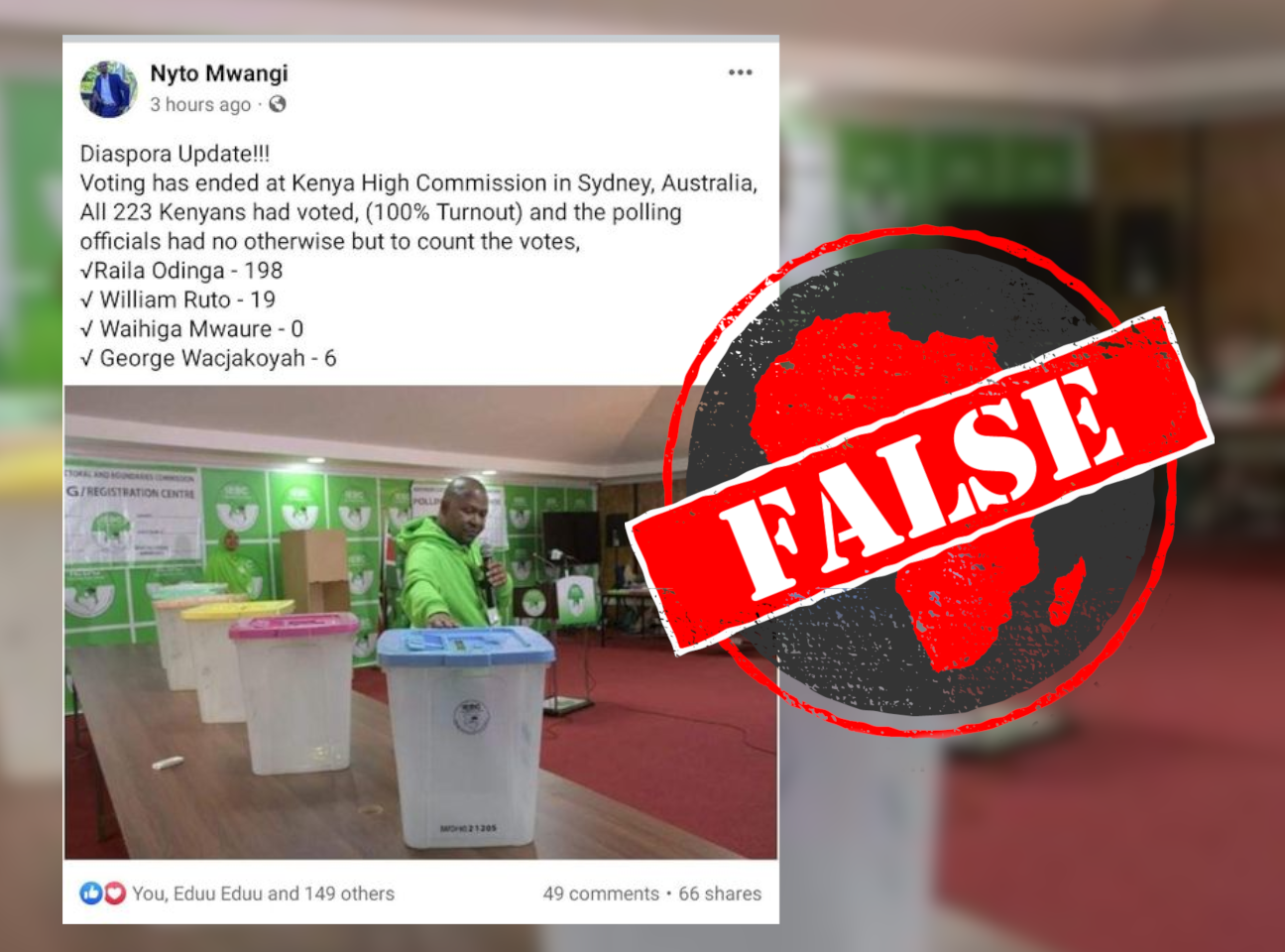 The Kenyan electoral commission has published a list of all polling stations, in 12 countries, for citizens living abroad.