A photo posted on Facebook on 9 April 2021 shows Kenyan deputy president William Ruto holding a rifle while a group of men, including Turkana county governor Josphat Nanok, look on.

“Today a video of a man from pokot saying that Ruto gave some rustlers 240 guns was trending,” its caption reads. “Now facebook and twitter directives have unearthed a photo of Ruto handing over the guns.”

The video referred to, which appears to have been originally aired by the NTV Kenya TV network, shows a man identified as a warrior from the Pokot community. He alleges, in Kiswahili, that Ruto gave 240 guns to a rival community so they could kill Pokot people. The video is also dated 9 April 2021.

But does the photo show Ruto “handing over the guns” to this rival community? We checked. 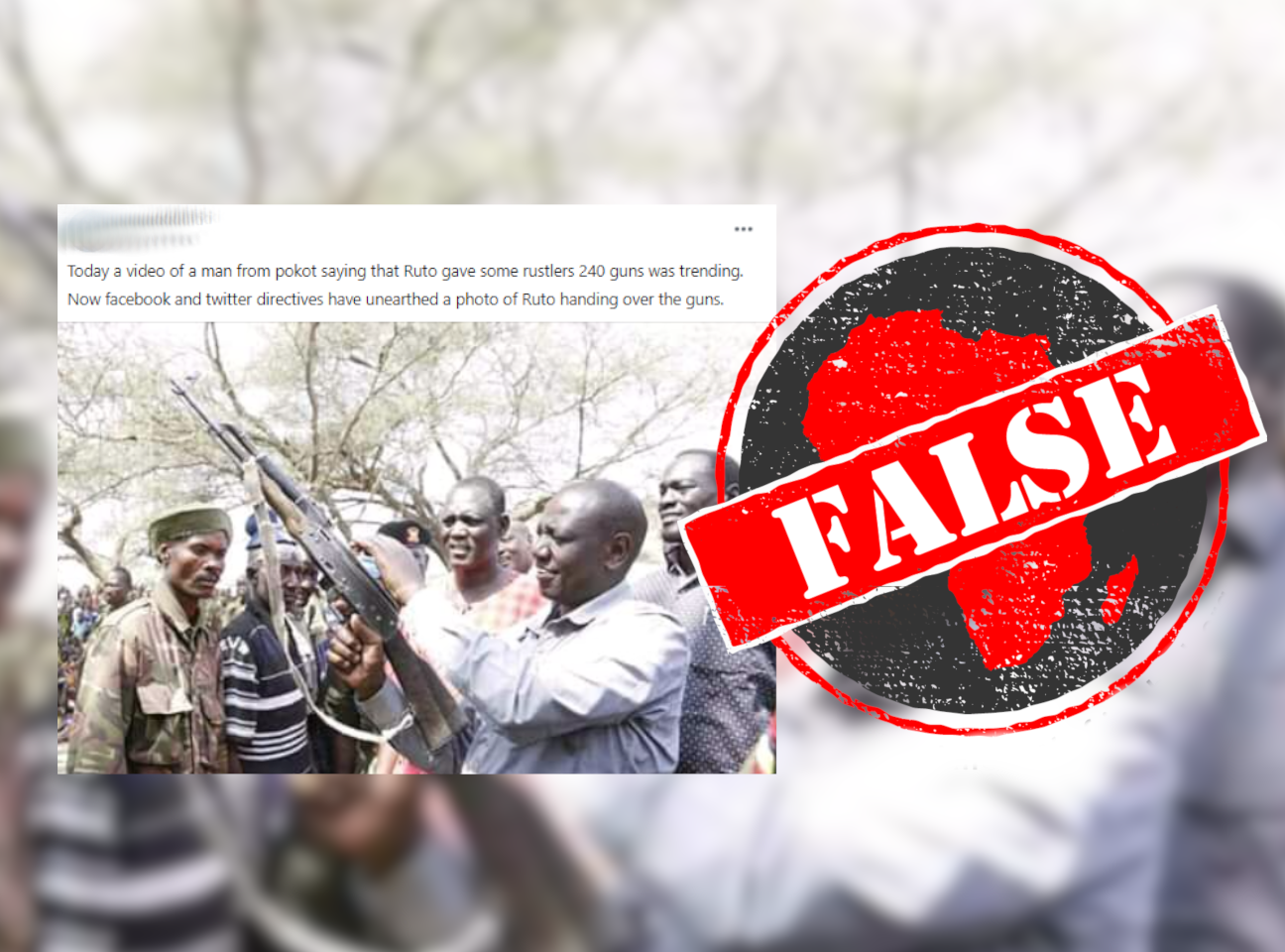 ‘Registration of firearms in Turkana’

Using a Google reverse image search, we found the photo in a 16 June 2019 article on the Standard newspaper’s website. It’s captioned: “Deputy President William Ruto during a past disarmament exercise in Turkana in 2015.”

Another image search, using this photo, led us to Ruto’s verified Twitter account, where he posted it during his tour of Turkana county in July 2015.

“Registration of firearms in Turkana to establish those holding them,” his tweet reads. “Rogue handlers will be disarmed.”

Registration of firearms in Turkana to establish those holding them. Rogue handlers will be disarmed. pic.twitter.com/6e4WxFavrz

At the time, Ruto’s tour was covered by several media houses. Nation newspaper reported that the photo showed him checking a gun surrendered during a disarmament drive in Turkana.

Father of Ruto’s murdered bodyguard won’t vote for ‘liar and hypocrite’? No, headline on Kenya’s the Star newspaper doctored