An image showing Kenyan deputy president William Ruto kneeling in church, a pistol clearly visible in front of him, has been circulating on Facebook since August 2021.

“A gun on one hand and a Bible on the other, that is how our forefathers lost their freedom, their land and it took blood to regain it, 60 years on, we have a terrorist guarantor who never misses a verse to quote,” one user captioned it.

The image has also been posted on a Facebook page with more than 260,000 followers, and on a group page with over 1 million members.

But did Ruto really go to church with a gun? We checked. 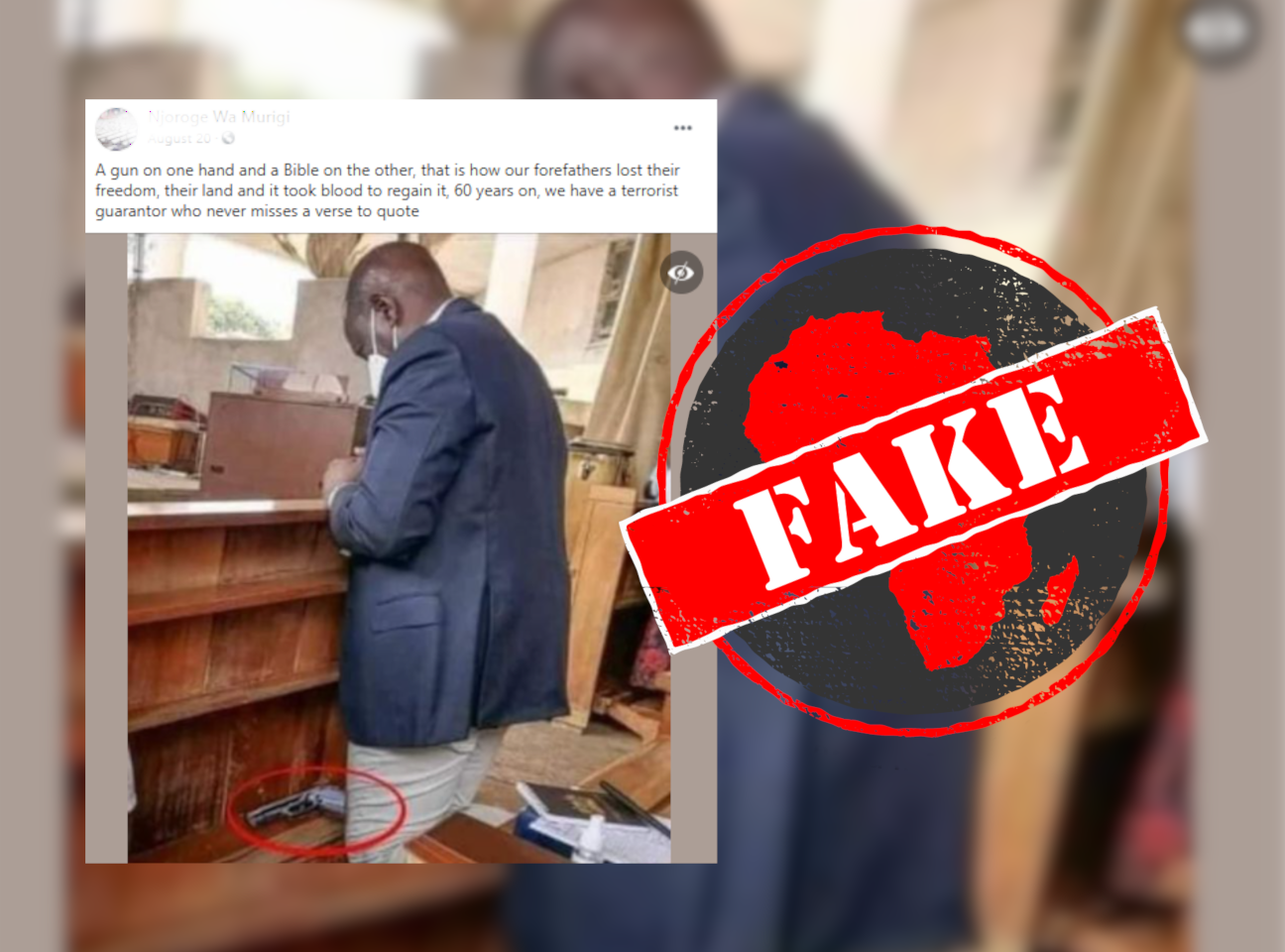 We looked through his recent updates, and found the photo of him kneeling in church on his Facebook page, posted on 1 August.

But no pistol can be seen. The image circulating on Facebook has been altered.

Photo of pregnant nun? Church says no, her appearance is due to ill health

This factsheet takes a closer look at gun-related deaths in South Africa.