“IEBC Flags another 9,200 votes in Kisumu east constituency mistakenly added to Raila,” reads the headline on what seems to be a screenshot of an article by the Kenyan news site Nation.

But Odinga disputes the result and is taking it to court.

The screenshot went viral on 13 August, moments after local media reported that the IEBC had mistakenly added 10,000 votes to Ruto’s tally in another constituency. The commission later said the error had been corrected. 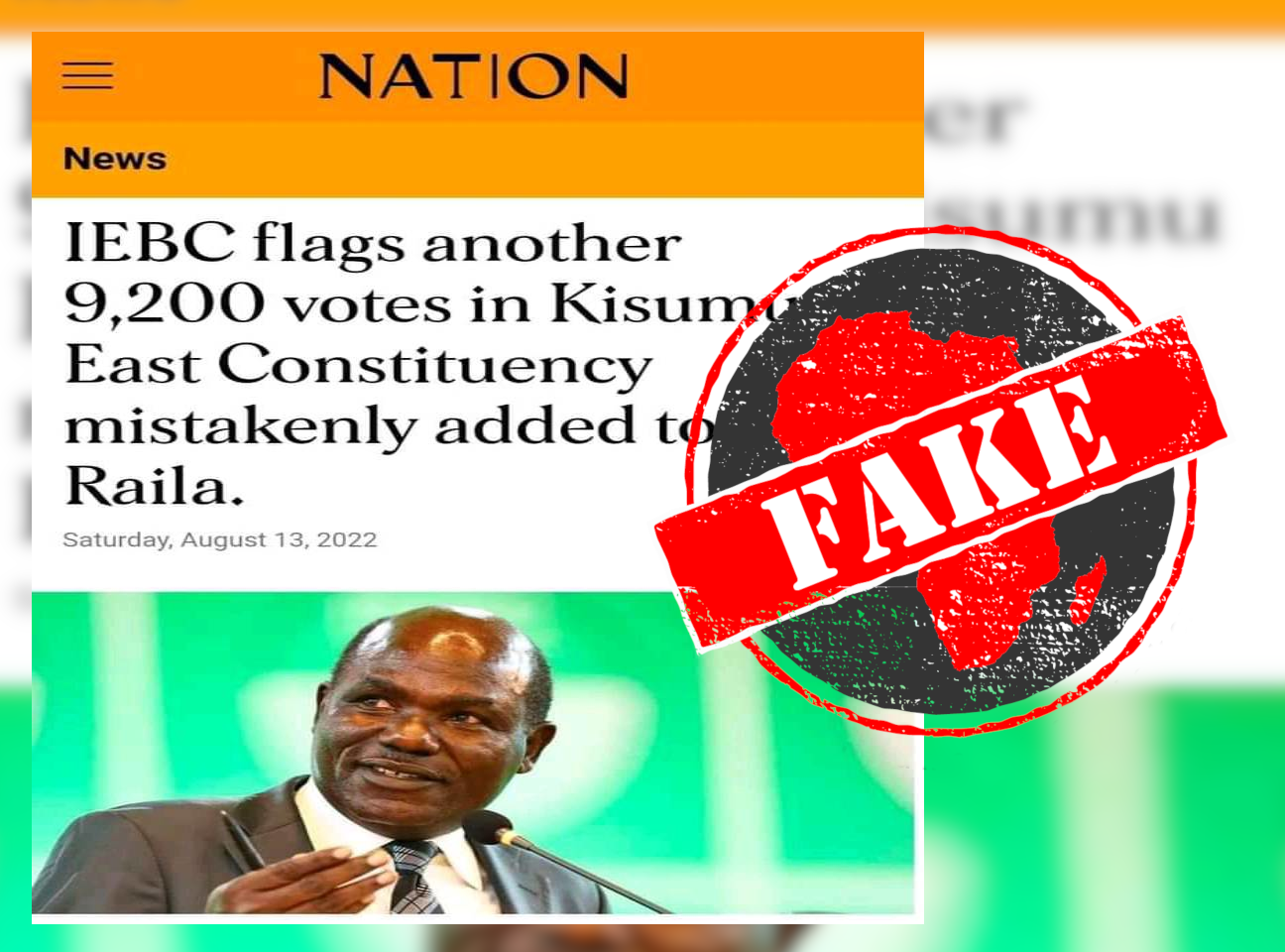 Other than the 10,000 votes erroneously credited to Ruto, no other major discrepancy in ballot counting has been reported.

Africa Check searched for the article on the Nation website and came up empty.

On 13 August, the Nation posted the screenshot on Facebook – stamped as fake.

“Beware of fake news! If it's not on our official social media pages, it's fake,” the post reads.