IN SHORT: Uhuru Kenyatta left office in September 2022. The photo of him on a game drive, visibly slimmer, was shot in 2015. This was during his first term as president of Kenya, and not a month into his retirement.

A photo of former Kenyan president Uhuru Kenyatta in a game-viewing vehicle is circulating on Facebook with the claim that it shows him on holiday at the country’s famous Masai Mara national reserve in October 2022.

Kenyatta left office on 13 September 2022 with the inauguration of his successor, new president William Ruto.

“Former President Uhuru Kenyatta is on holiday at the world’s famous Maasai Mara Game Reserve, seemingly to cool off political temperatures after handing over power to William Ruto last month,” one caption to the photo reads.

The claim went viral soon after local media reported that he had donated a bus to a school in the Narok county, where Masai Mara is found.

But is the photo recent? We checked. 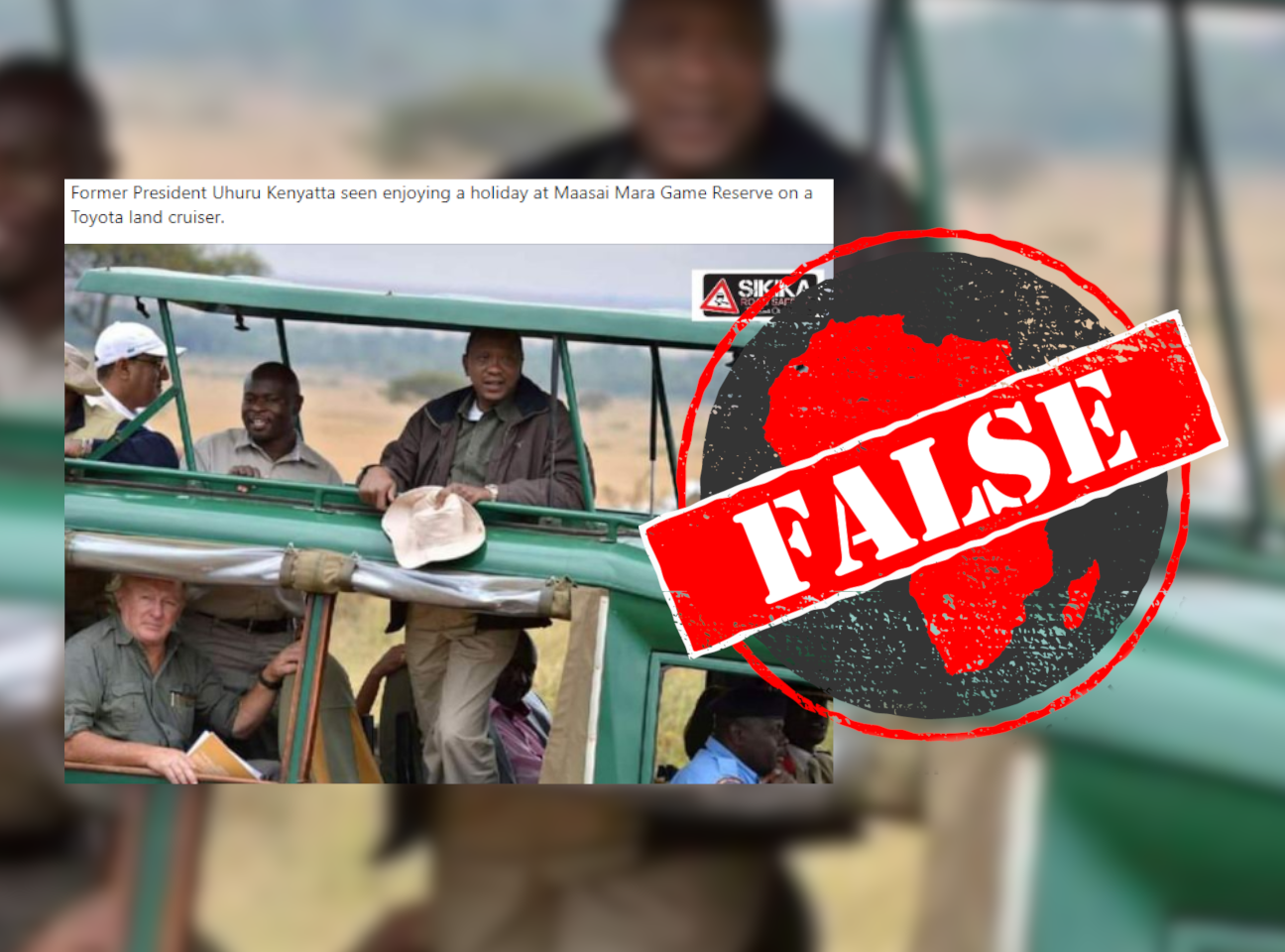 Kenyatta had lunch near Masai Mara, but photo from 2015

One clue the photo wasn’t shot in 2022 is that the former president looks visibly slimmer than he does in recent photos.

And a police officer in the driver’s seat is wearing the old light blue uniform, not the Persian blue uniform adopted in 2018.

A reverse image search reveals that the photo has been online since at least 2015. It appears in a tweet, dated 6 December 2015, that claims it shows Kenyatta visiting Nairobi National Park in the country’s capital.

Kenyatta did reportedly have lunch at Zebu Lodge near Masai Mara recently. The 2015 photo appears in a 17 October 2022 article on the visit, on Kenya’s Nation Africa news website. Here the caption reads: “Former President Uhuru Kenyatta during a past game drive at Maasai Mara Game Reserve.”