A graphic posted on Facebook makes sensational claims about the race to be governor of Kenya’s Kirinyaga county.

The graphic seemingly quotes Eliud Wanjau, the running mate of gubernatorial candidate Wangui Ngirici, as bowing out of the ticket.

Ngirici is an independent candidate, with the race to be governor in the county among the most watched nationally.

The quote under a photo of Wanjau reads: “Today, I have written to IEBC notifying them that I have resigned from being Wangui Ngirici’s running mate. This is due to irreconcilable differences brought about by her husband Andrew Ngirici who beat me up and threats on my life.

“The Ngirici’s have a runaway criminal record and cannot be trusted. I ask voters in Kirinyaga to vote for another person.”

The graphic includes the logo of the Nation, Kenya’s largest circulating daily newspaper.

Kenya votes on 9 August 2022 – tomorrow. The Independent Electoral and Boundaries Commission (IEBC) is responsible for conducting the election. (Note: Read our guide to the election here.)

Did the Nation report that Wanjau said this? 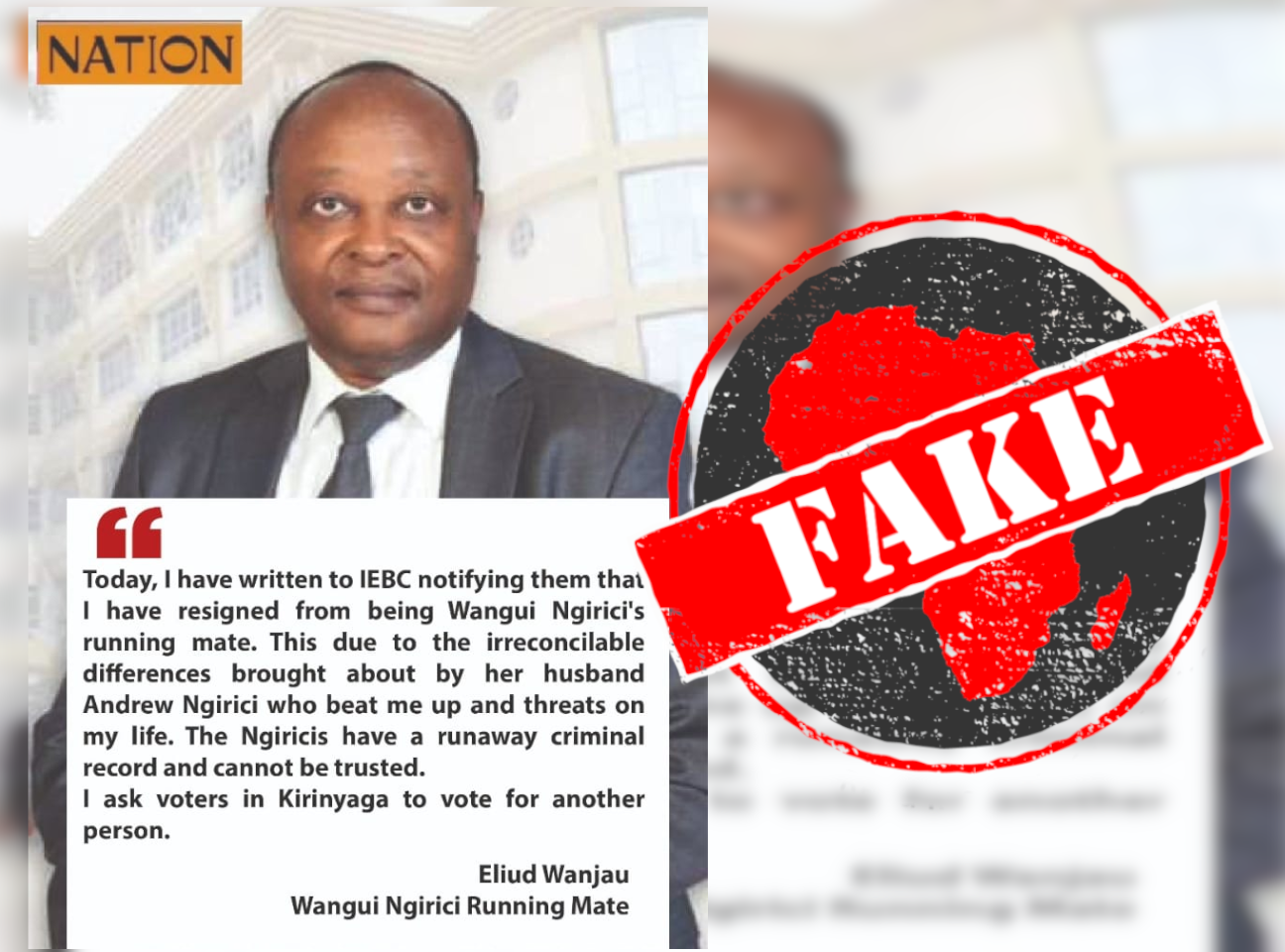 “Beware of fake news! If it’s not on our official social media pages, it’s fake,” the publication wrote.

Mainstream news publications have been targeted in the run up to the election, and such false information could hurt voters’ ability to make informed choices.