A photo shared on a Facebook group with more than 1 million members seems to show Kenyan opposition leader Raila Odinga holding a wheelbarrow hoisted up in the air by dozens of hands.

“Still heavy reception of Odinga in Voi. Mzee ametii wheelbarrow,” one captioned it. The Kiswahili translates as: “The old man has yielded to the wheelbarrow.”

“Raila welcomed in Voi with a wheelbarrow,” another wrote.

Voi is the largest town in Taita-Taveta county in southeastern Kenya. Odinga started a tour of the county on 1 March.

The wheelbarrow is the symbol of the United Democratic Alliance, a political party associated with the country’s deputy president William Ruto. Ruto has donated wheelbarrows to young people as a sign of his commitment to economic empowerment. Odinga, the leader of the Orange Democratic Movement, has criticised the donations as “tokenism”.

But does the photo show Odinga “yielding” to the wheelbarrow in Voi? We checked. 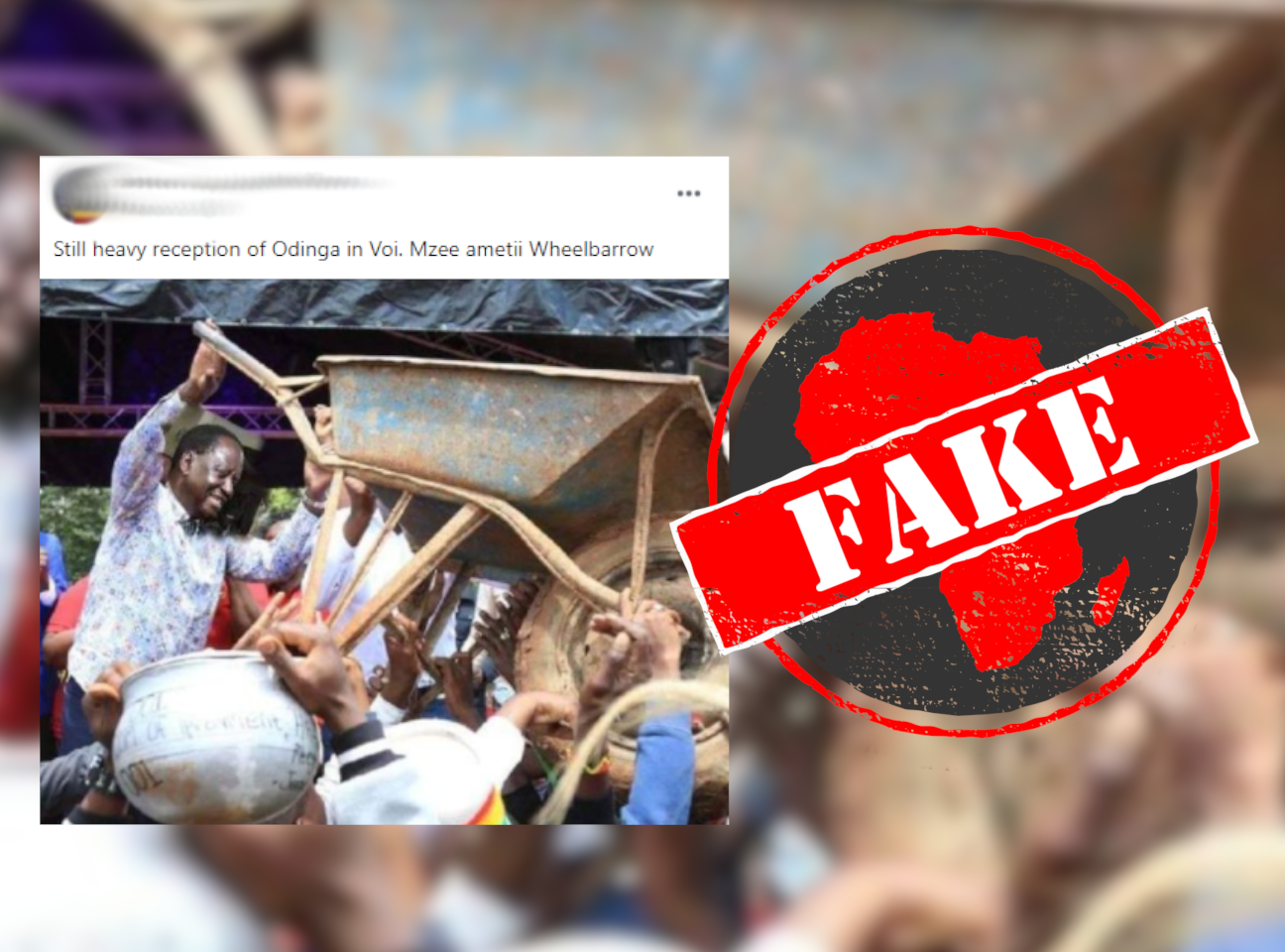 A reverse image search reveals that the photo has been doctored. The original in fact shows Ruto receiving a wheelbarrow at Kaiyaba grounds in Nyeri County in the central region of Kenya on 31 October 2020. It was republished by Nation Africa on 19 January 2021.

Odinga’s face has been edited onto Ruto’s face, and the context falsified to coincide with Odinga’s visit to Voi.