What appears to be the front page of Kenya’s Kiswahili tabloid Taifa Leo is circulating on Facebook with a headline supporting a local politician’s election campaign.

This translates as: “THIKA FINDS SOLUTION AFTER WA JUNGLE Thika residents believe that Gakuyo will address their needs …”

The page shows a photo of David Gakuyo, who is running for member of parliament for the Thika constituency in Kenya’s August 2022 general elections. Thika is in Kiambu county, northeast of Nairobi. 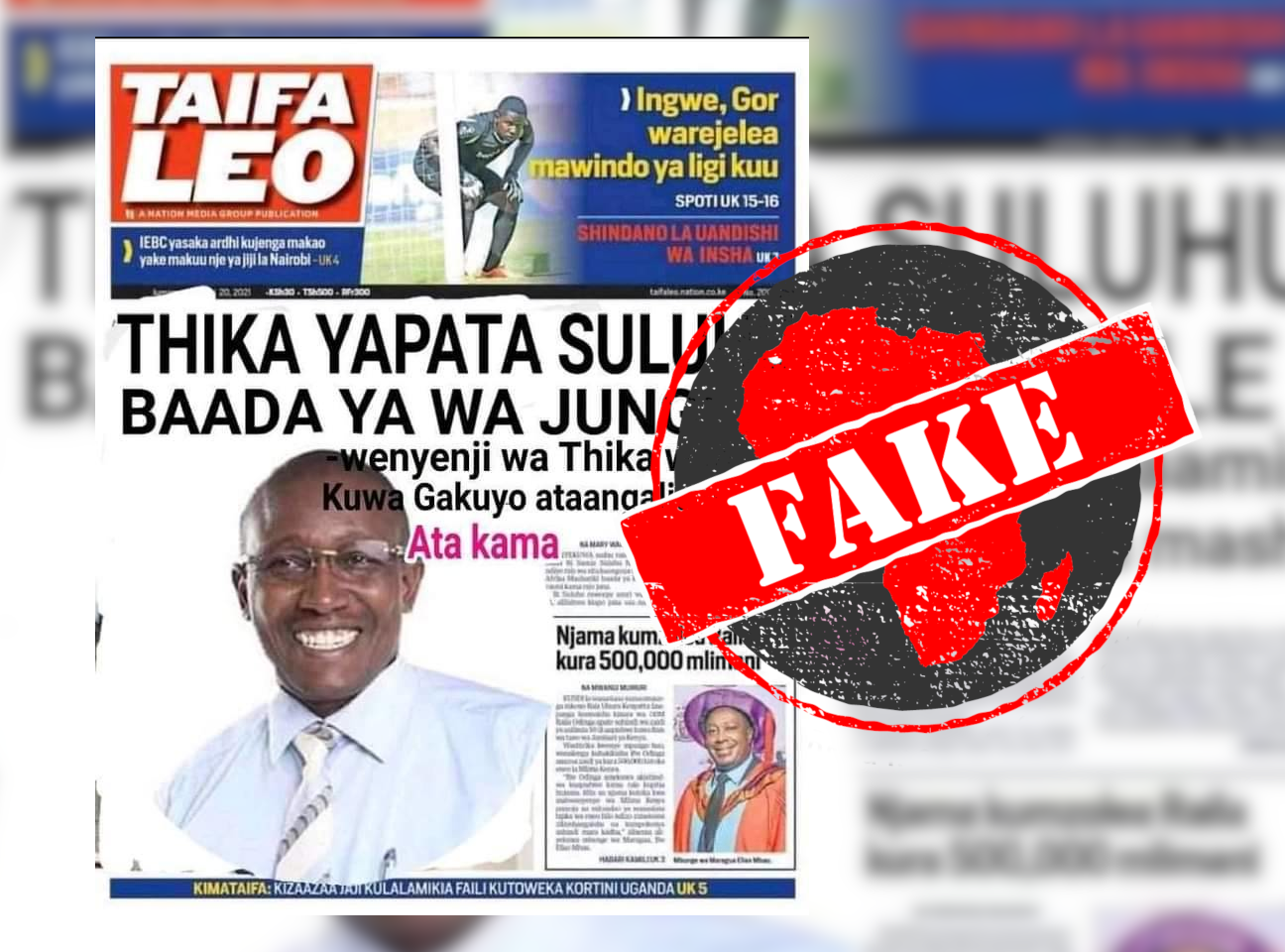 This headline is uncharacteristic of Taifa Leo’s style, with the text squeezed and in different fonts. It also has grammatical errors, unlikely in the front page headline of a major daily newspaper.

Taifa Leo’s front page is usually seamless, showing the date clearly. But on this page, above the main photo, there’s a hint that it has been edited, erasing part of the paper’s date.

And a Google reverse image search of the page reveals that it has been photoshopped.

More than a year ago, on 19 March 2021, NTV Kenya posted the next day’s Taifa Leo front page on Twitter. “Kwenye nakala yako ya @Taifa_Leo kesho,” it wrote. This means “In tomorrow’s issue of Taifa Leo.”

The page is the same as the one circulating on Facebook in 2022, except the original has a different headline and a photo of Tanzanian president Samia Suluhu placed right below.

The headline reads: “TZ YAPATA SULUHU BAADA YA POMBE.” This means “TANZANIA GETS SULUHU AFTER POMBE.”