What appears to be a notice from the Lagos State Parking Authority (Laspa) is circulating in Nigeria on WhatsApp. It claims Laspa is now charging residents of Lagos state for parking their cars in their compounds.

Lagos is Nigeria’s economic hub. Laspa is responsible for providing safe parking for residents and visitors to the state.

The letter, dated 15 August 2022, sets out payment terms. The WhatsApp message shared with the image reads: “Lagos residents now required to pay CAR-PARKING fees for parking their own cars inside their own compound.”

“You used your money to buy land and built house, then park your car inside your own compound, you will now pay govt!”

This claim has been distributed widely on social media, including here, here, here and here.

But is the message true? 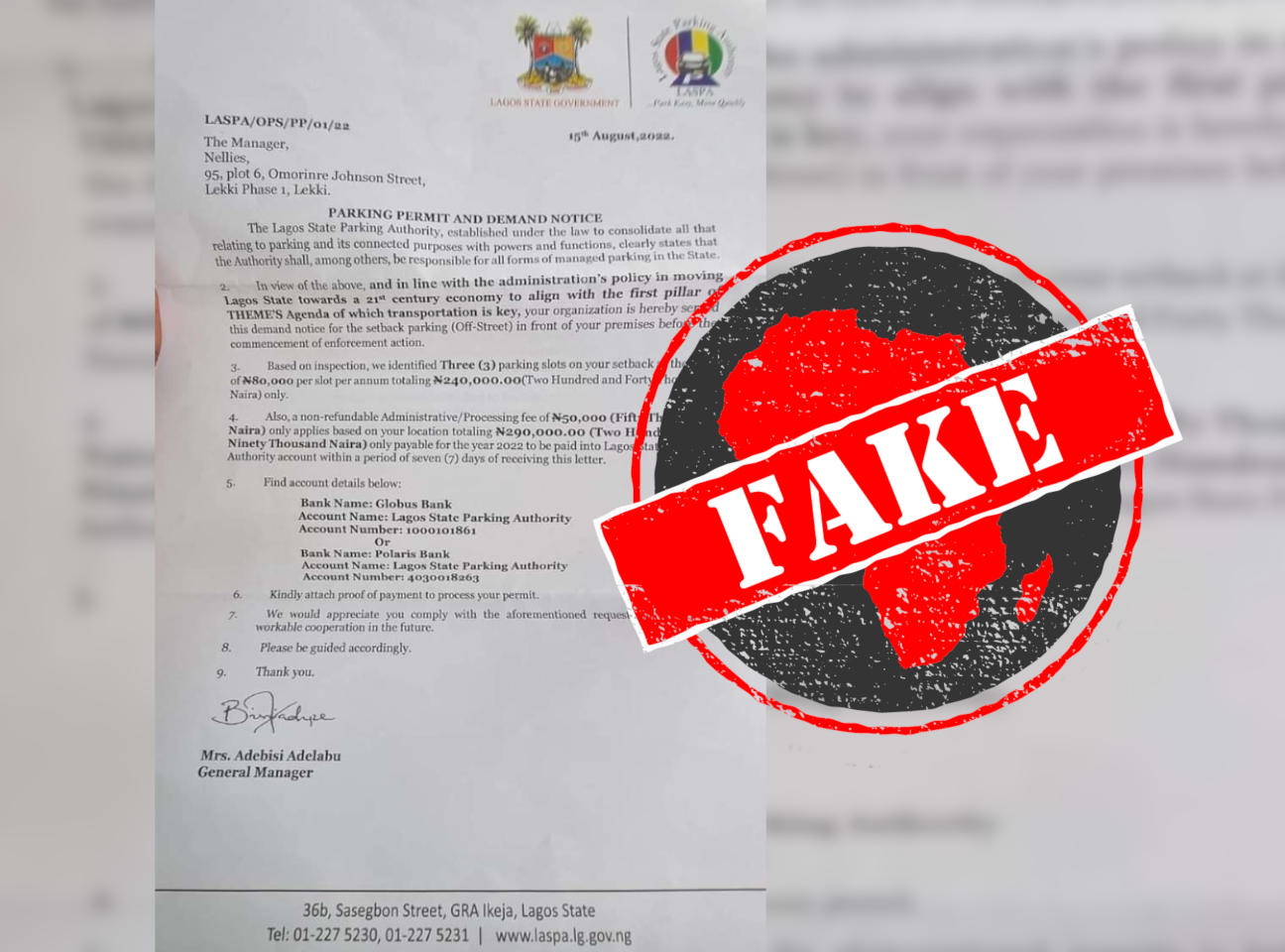 In a 25 August media statement, the state agency dismissed the claim as “absolutely untrue, scandalous, unacceptable and inimical to the image of the Authority and the Lagos state government”.

The agency said it was only charging for cars parked on its “setbacks”, which it described as the space between the fence of a building and the walkway or the road.

The statement included two photos showing vehicles parked on setbacks, which Laspa said by law belong to the state.

Anyone claiming ownership of a setback around their property is required to provide documents showing legal ownership and a traffic impact assessment certificate, it added.

The letter circulating on social media is inaccurate and not from the Lagos State Parking Authority.