Deputy president William Ruto has warned the Kikuyu people of central Kenya to “behave” or they will “face it rough”, according to the subtitles of a video posted on Facebook in September 2021.

In the video, Ruto is speaking in Nandi, a dialect of the Kalenjin language.

This translates as: “These people don't know who we really are. They claim it is only a Kenyatta who can become president. The people from central Kenya have no idea who Ruto is. Continue playing with me. We are giving these non-locals the last warning. If they don’t behave they will face it rough. They keep saying Ruto all the time. They’ll see (what’s coming).”

The Kikuyu mainly live in Kenya’s Central region of Kenya, formerly Central province. There have been violent clashes between the Kikuyu and the Kalenjin community in the past, and the animosities continue to bubble underneath.

President Uhuru Kenyatta is Kikuyu. Ruto is Kalenjin. While they have the top roles in the presidency and are both members of the ruling Jubilee Party, they have become political rivals.

But is Ruto really threatening the Kikuyu community in the video? We sought a translator. 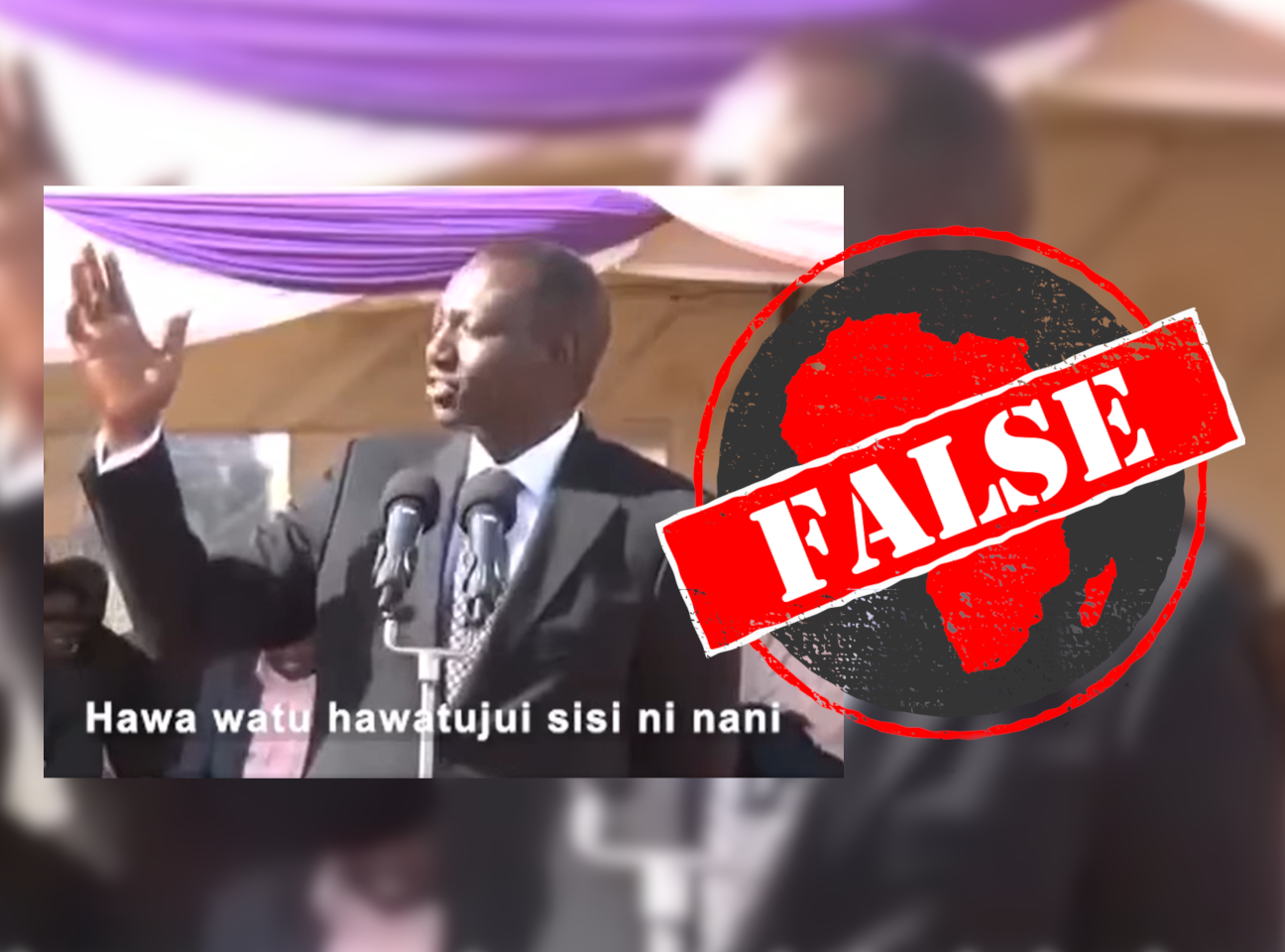 Both Ruto and Kenyatta have faced charges related to violence after the 2007 elections, brought by the International Criminal Court. The cases were later dropped.

In the video, Ruto is taking a swipe at people he claims plotted his summons to the court. A longer version was posted on 21 April 2015.

What he is actually saying is: “And that guy who planned to have Ruto and Kenyatta convicted at the ICC, is he the president now? Be careful of evil plans you make for people, for it might come back to haunt you. In our tribe, the one who plots evil for his brother won’t succeed either.”

The subtitles are false.