“Gay affairs ring, Redhouse boss and Nick Ruto,” reads the headline on what appears to be the front page of the Standard, a Kenyan newspaper, circulating on Facebook.

Text below reads: “Exposed. A male prostitution ring allegedly run by Koome Mwambia and the DP’s son is under investigation.”

A story about president Uhuru Kenyatta appears on the right. The paper is dated 1 August 2022.

The front page has been posted here, here, here and here on Facebook. 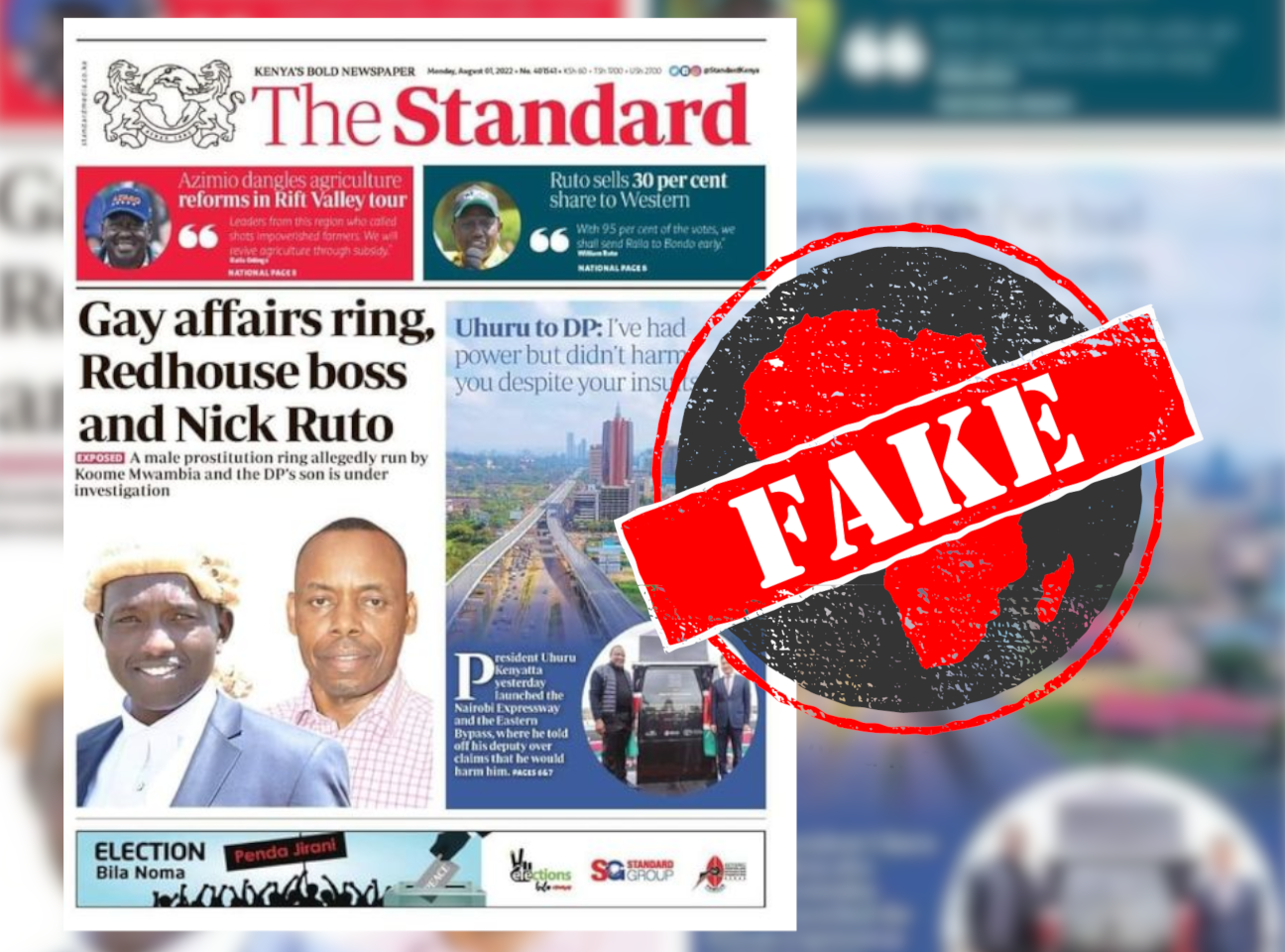 We found the original front page of the Standard’s 1 August issue on the Standard Group website. It’s different.

The headline is: “Numbers that show the huge task for IEBC.” The summary adds: “Countdown. With seven days to elections, the Independent Electoral and Boundaries Commission has the critical duty to deliver a credible poll. The logistical enormity is unprecedented.”

There is no photo or article about Ruto’s son or Mwambia but the story on president Kenyatta on the right is the same.

“FAKE NEWS ALERT: This is NOT a genuine cover of the Standard newspaper. It is a manipulated front page,” the paper says in the post.

The front page has been altered.