Martha Karua, the running mate of Kenyan presidential candidate Raila Odinga, was rushed from the stadium after a teargas canister exploded during her rally in Kisii county on 30 June 2022.

The next day, a graphic emerged on Facebook naming the suspect in the attack as Hillary Kiprotich Koech.

“Police constable Hillary Kiprotich Koech was earlier today charged for hurling a teargas canister at the podium during a rally in Kisii County where Martha Karua  was the chief guest,” it reads.

Kenya is set to hold general elections in less than month, on 9 August. Odinga and Karua head the Azimio la Umoja election coalition of political parties.

The surname of the suspect in the graphic – Kiprotich Koech – is common in the Kalenjin community of the Rift Valley region of western Kenya. William Ruto, head of the Kenya Kwanza coalition and Odinga’s main rival for the presidency, is Kalenjin.

Kisii country is dominated by the Kisii community. The graphic suggests that Ruto, or a supporter from his community, was behind the attack. 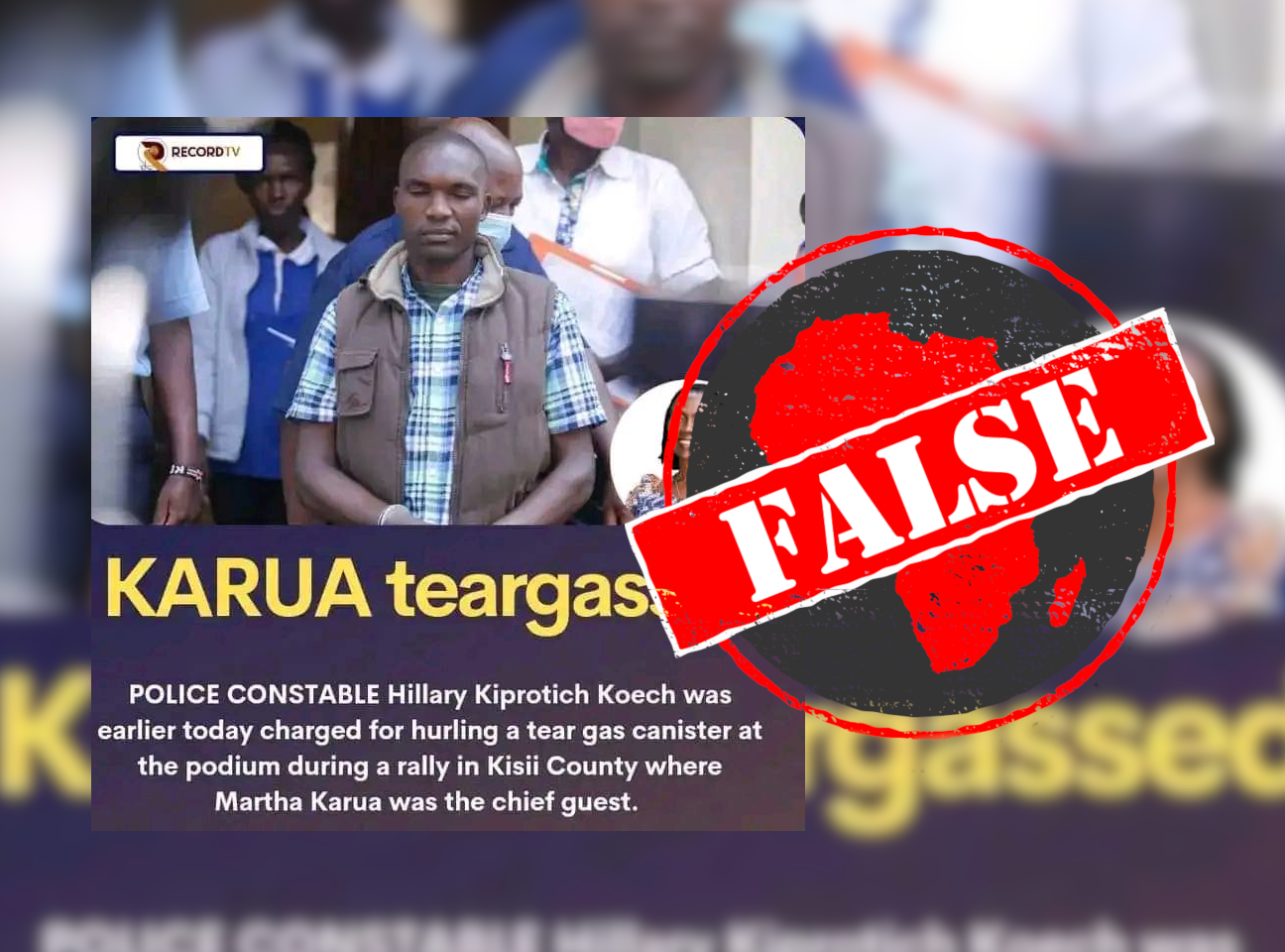 Local media have reported that a police officer was arrested for disrupting the meeting. But none of the reports give his surname as Kiprotich Koech.

A Google search with the phrase “police officer accused of throwing teargas” led us to the photo of the suspect used in the graphic, in an article on the Nation website.

Here he’s identified as Josephat Makori from Kisii county. Other news reports – and Kenya’s police – give him the same name.

The man suspected of letting off teargas during Karua’s rally does not have a Kalenjin surname.