A Facebook post shared – and debated – among people in Nigeria claims that Michelle Obama, wife of former US president Barack Obama, was once biologically male.

It shows two photos. One is of a younger Barack with his arm around a person who has close-cropped hair and Michelle’s face. The second shows Barack and Michelle Obama – her hair long – in a similar pose.

“His name is Michael but after going through transgender process he now answer Michelle,” the post reads.

Was Michelle Obama once Michael, and has she gone through a “transgender process”? 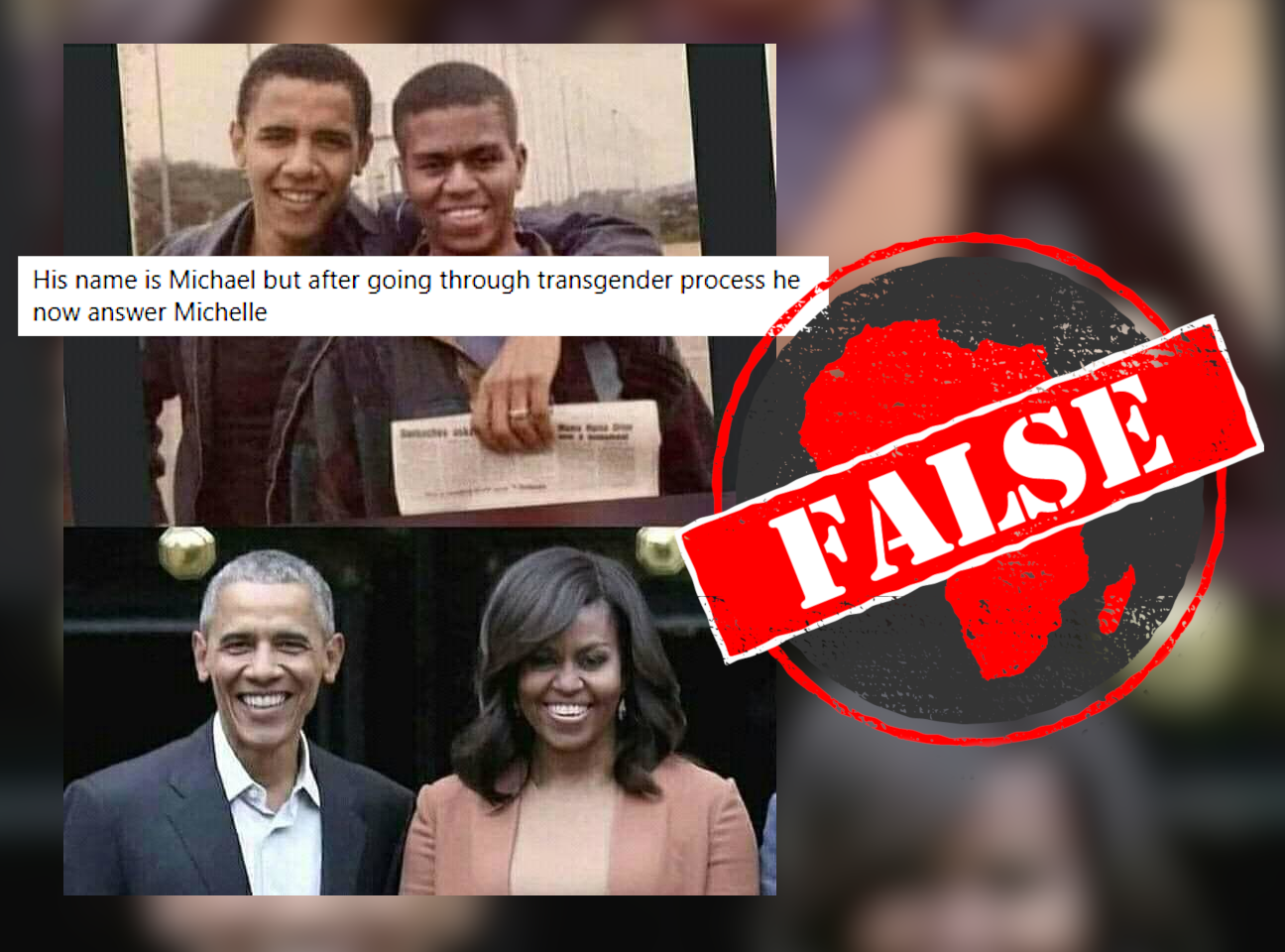 A Google reverse image search yielded several results. They include reports that the first photo is an old pic Barack tweeted on 17 January 2019 to wish Michelle a happy birthday, and has been doctored.

“I knew it way back then and I’m absolutely convinced of it today — you’re one of a kind, @MichelleObama. Happy Birthday!” he wrote.

I knew it way back then and I’m absolutely convinced of it today — you’re one of a kind, @MichelleObama. Happy Birthday! pic.twitter.com/ejqm0uC9J4

A comparison of the original and the photo posted on Facebook shows that Michelle’s hair and eyebrows have been altered, and her left earring cropped out.

Childhood photos Michelle shared in October 2019 show her as a little girl growing up with her brother, Craig Robinson.