“A Mudavadi-Kenneth 2022 ticket?” reads the headline of what seems to be the front page of the 9 January 2021 edition of Kenya’s Standard newspaper, widely shared on Facebook.

The suggestion is that Amani National Congress party leader Musalia Mudavadi and former lawmaker Peter Kenneth could run on a joint ticket for Kenya’s 2022 presidential election.

The paper shows photos of Mudavadi and Kenneth, with a subhead that claims the newspaper obtained “fresh details” indicating that “talks are at an advanced stage, spearheaded by very influential figures” for the two to face deputy president William Ruto in the election.

Did the Standard really report this? We checked. 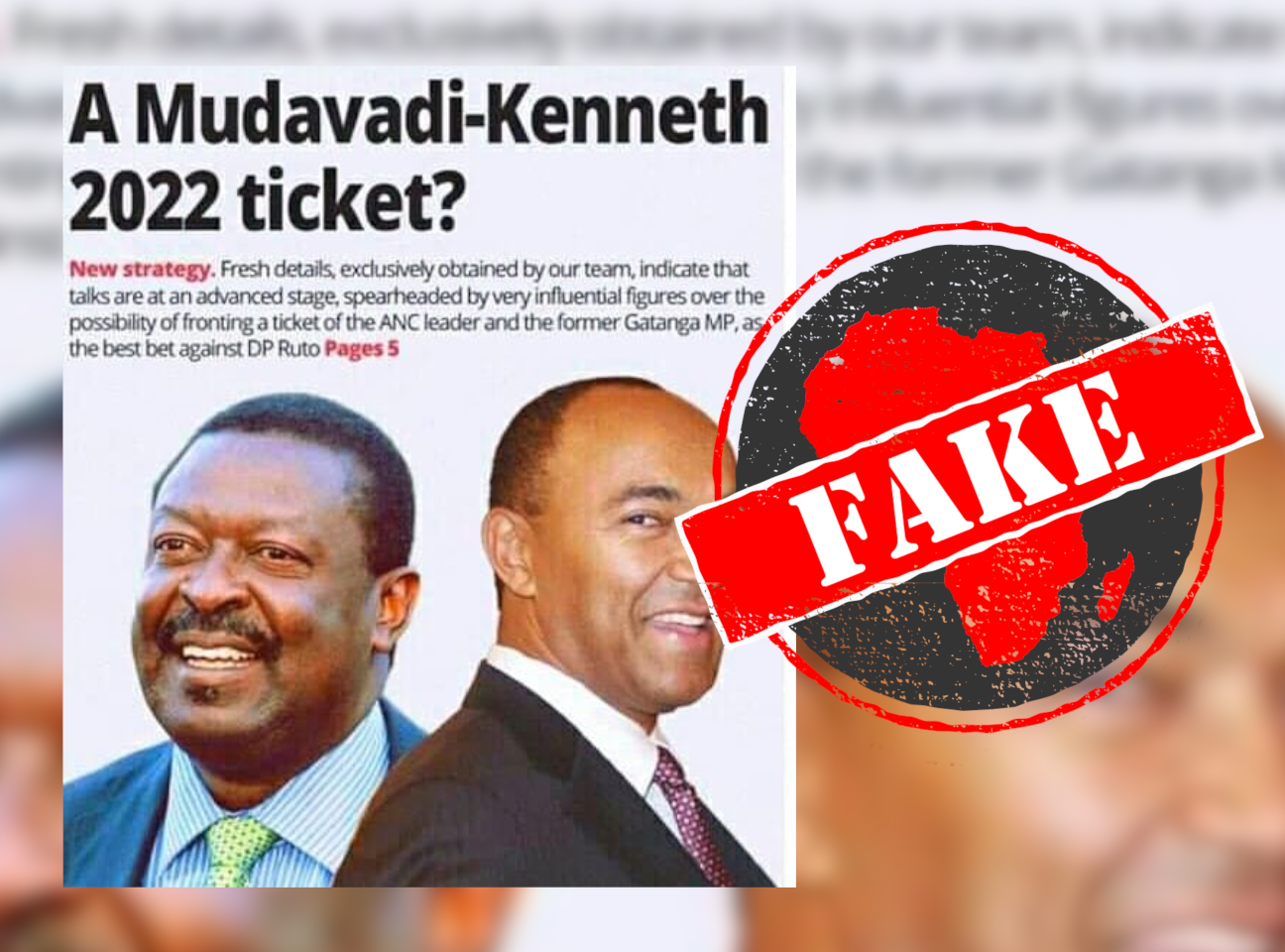 The newspaper has been altered. The original front page of the 9 January edition, which the Standard posted on Twitter, is very different.

Grab a copy of The Saturday Standard at your nearest vendor,
Subscribe: https://t.co/PVgVOZm8u3 pic.twitter.com/lI60VDanvl

The real headline reads “Storm over UDA action” next to photos of president Uhuru Kenyatta and Ruto. A subhead details a controversy about a new political party, the United Democratic Alliance, which is linked to the deputy president.

Below is an unrelated photo and headline for a story on Kenya’s white settlers. The remaining elements on the page were unaltered.