A Facebook page with over 53,000 followers has shared what looks like the front page of the 17 April 2021 issue of Kenya’s the Standard newspaper.

Musyoka is also the leader of the Wiper Democratic Movement party.

Machakos county is southeast of the Kenyan capital, Nairobi.

The summary below the headline reads: “In an unprecedented move coming days after his new party's fortunes appeared to alarmingly dwindle, ex-Machakos senator has now reached out to the Wiper party leader, determined to mend fences and rescue his political career whose future appears shaky in Tanga Tanga.”

The UDA candidate suffered a defeat to the Wiper party candidate in a Machakos senatorial by-election in March 2021. This was interpreted by a local newspaper as a sign that Muthama’s popularity could be waning in the county.

Photos of Muthama and Musyoka also appear on the front page. Many users have shared it with different captions.

But did national newspaper the Standard report on a night meeting between the two political rivals or their allies? We checked. 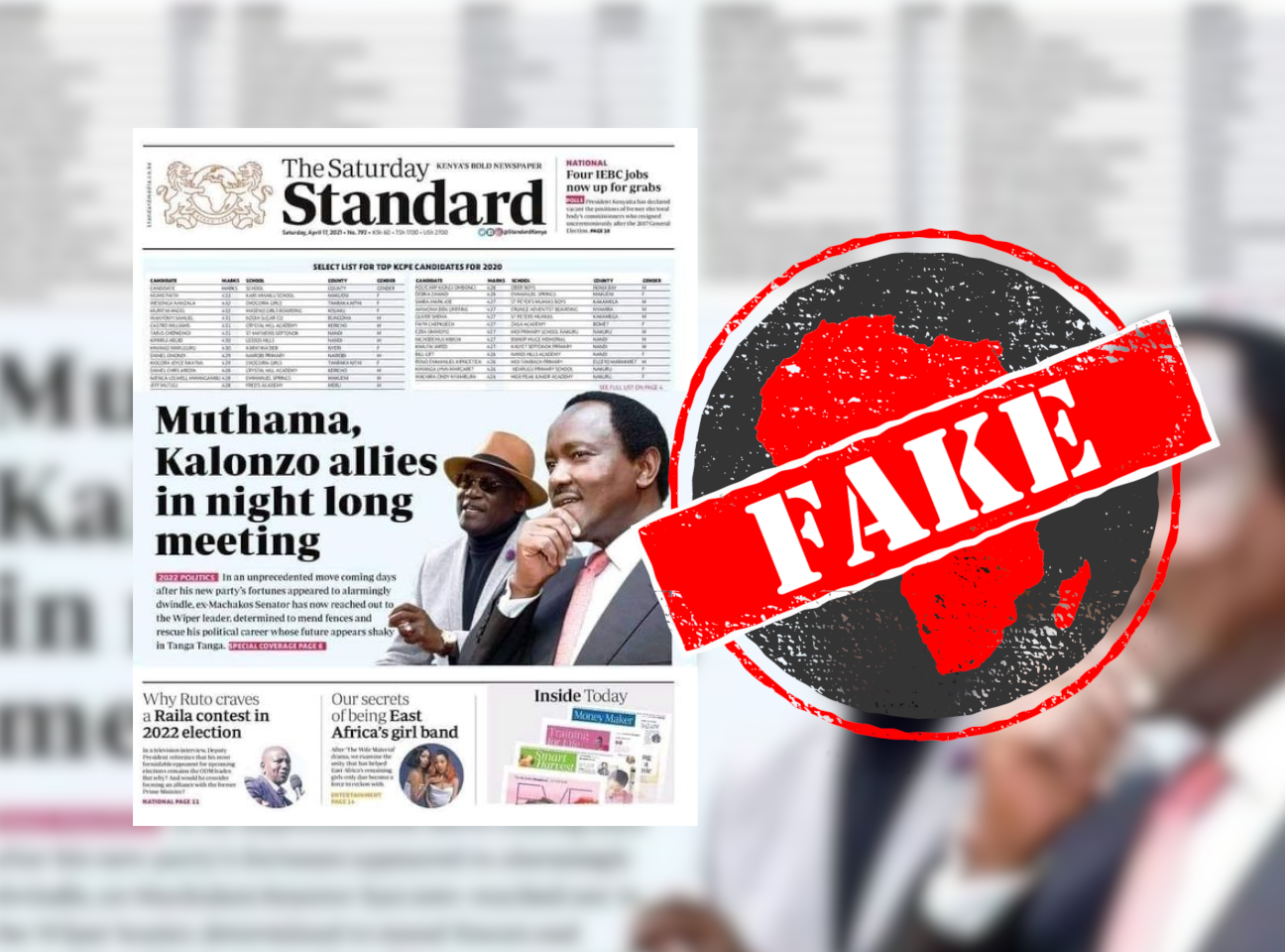 The newspaper usually posts its front page on Facebook.

The front page posted on 17 April has the headline: “KCPE stars' dreams and career plans.”

It is a story about the Kenya Certificate of Primary Education (KCPE) national exams. The front page shows photos of six of the top students. There is no mention of either Muthama or Musyoka.