In November 2021, controversial former Nairobi governor Mike Sonko released a series of videos claiming a judge in the Kenyan high court was involved in a bribery racket.

Sonko posted the videos on his Facebook page, which has over 2.4 million followers. The videos were viewed over 1.1 million times.

The former governor petitioned the country’s judicial service commission to fire the judge. He also promised more videos to “expose the rot” in the Kenyan judiciary.

It is against this backdrop that a link was posted on Facebook claiming Sonko had a “recording” of the country’s president, Uhuru Kenyatta, and planned to release it.

The link was to a blog article published on 24 November with the headline: “Big Blow To Uhuru As Sonko Says He has His Recording, Hints on When He Will Release It.”

But did he promise to release damaging recordings against Kenyatta, as claimed in this article? 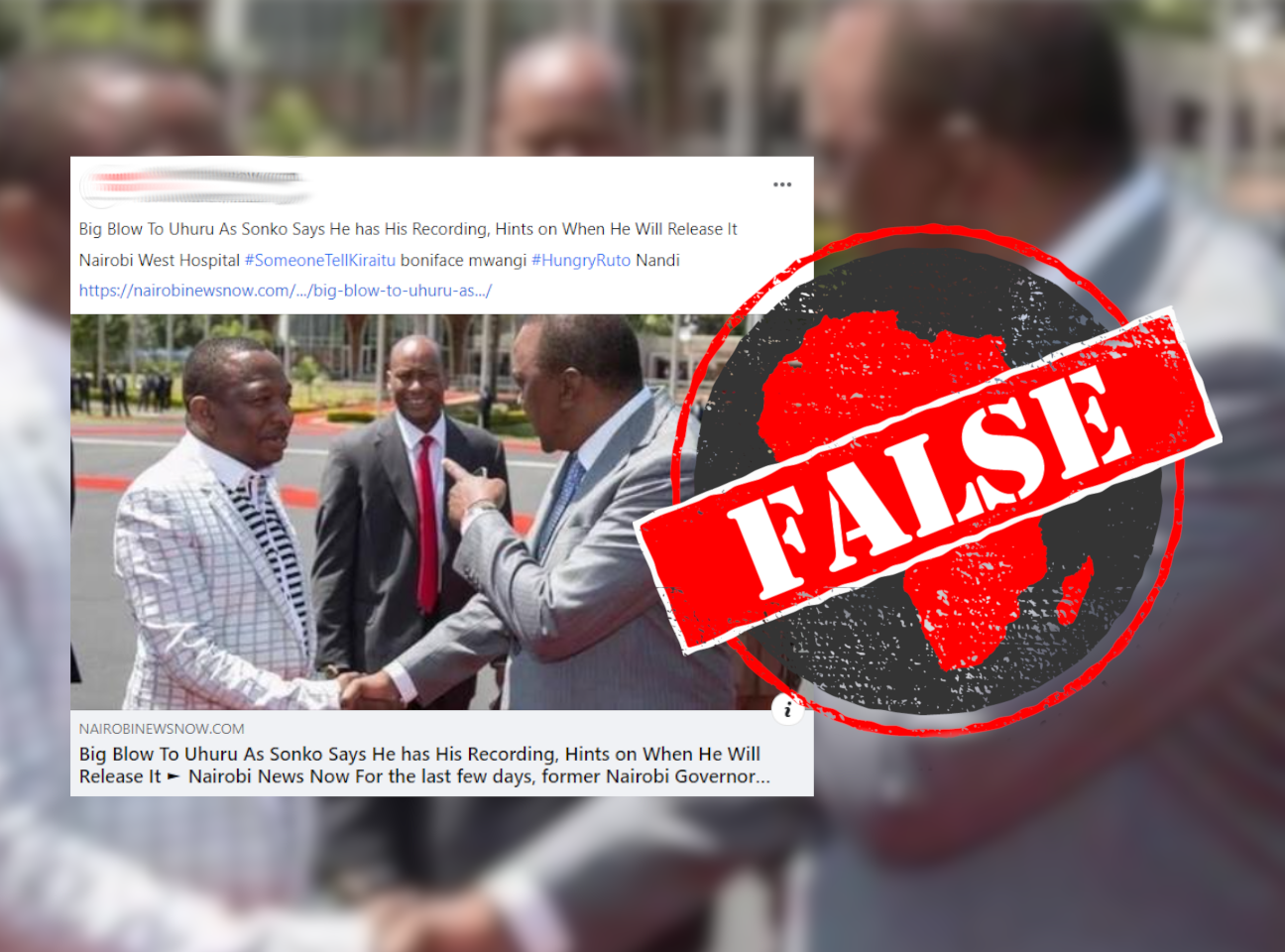 Sonko shared a screenshot of the article on his Facebook page stamped “Fake News”.

He tweeted the same on his official Twitter account and offered a “reward” of KSh300,000 to anyone with information which could lead to the arrest of the publisher of the misleading article.

He also tweeted that he had “no recordings against the President” and repeated his “respect” for the head of state.