A graphic that looks like it was published by broadcaster NTV Kenya has been posted on Facebook in June 2022 with a poll titled “Race to Nairobi”.

It appears to show the results of a poll in Nairobi county, ranking those running for governor in Kenya’s general elections scheduled for August 2022.

The poll is attributed to Infotrak Research and Consulting, a local polling and market research company.

The graphic ranks Kenya Kwanza’s candidate for Nairobi governor, Johnson Sakaja, as most popular with 71% support. He is apparently ahead of Azimio la Umoja One Kenya candidate Polycarp Igathe, who is shown to only have 15% support.

Sakaja is the current senator for Nairobi county.

Igathe is a Kenyan businessman and politician who previously served in senior positions at Vivo Energy Kenya and Equity Bank Kenya. He was also Nairobi county’s deputy governor before resigning in 2018.

The Kenyan political field has split into two camps ahead of the general elections. The Kenya Kwanza alliance under deputy president William Ruto is vying for the presidency against the Azimio la Umoja One Kenya coalition, led by former prime minister Raila Odinga.

But is this graphic about the race for Nairobi governor authentic? We checked. 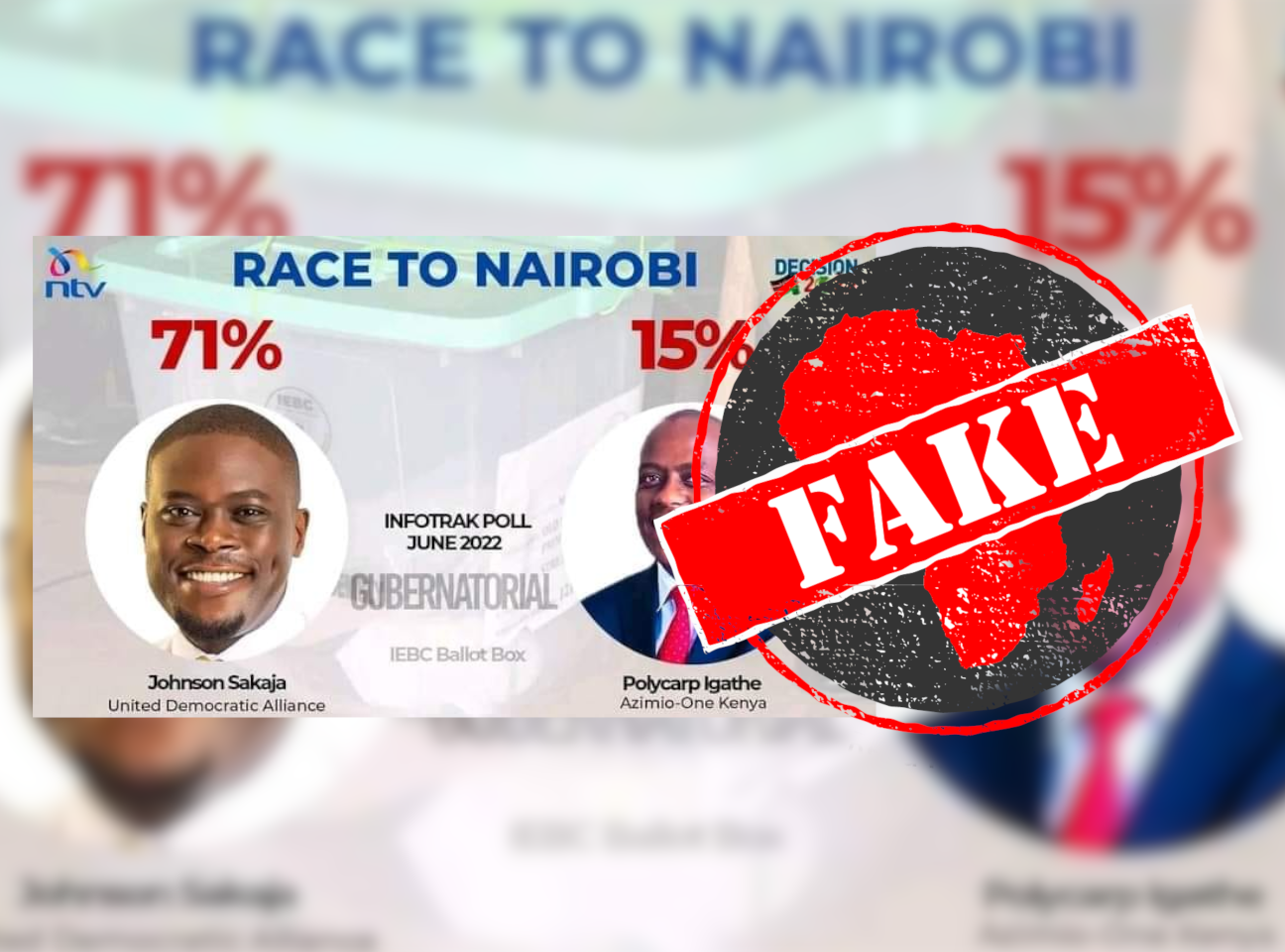 No such poll, no such graphic

Infotrak usually releases its findings to the media, but hasn’t reported anything like this poll.

“Be aware of fake news! If it is not on our official social media pages, it is fake,” the broadcaster said.