A photo of a metal bar hanging on a nylon rope from a bridge over a highway is circulating on Facebook in South Africa with the claim it’s a new criminal tactic to attack motorists.

“Criminal syndicates have now moved deom using spikes to hanging metals on the bridges,meaning that the metal bar will hit your windshield (windscreen), thereafter you will stop and observe the longevity of the damage caused,” reads one caption, which says the photo was taken in Gauteng province.

“Therefore, when you will be observing the damage,they will come out from the bushes and starts to attack. Motorist are urged to be vigilant around bridges.”

It warns that the tactic is being used on several national and regional roads in Gauteng.

The page “RTC Crime South Africa” also posted the photo, with the comment: “This is now getting out of hand 😠😡we should avoid driving at night.”

Should motorists in South Africa heed these warnings? We checked. 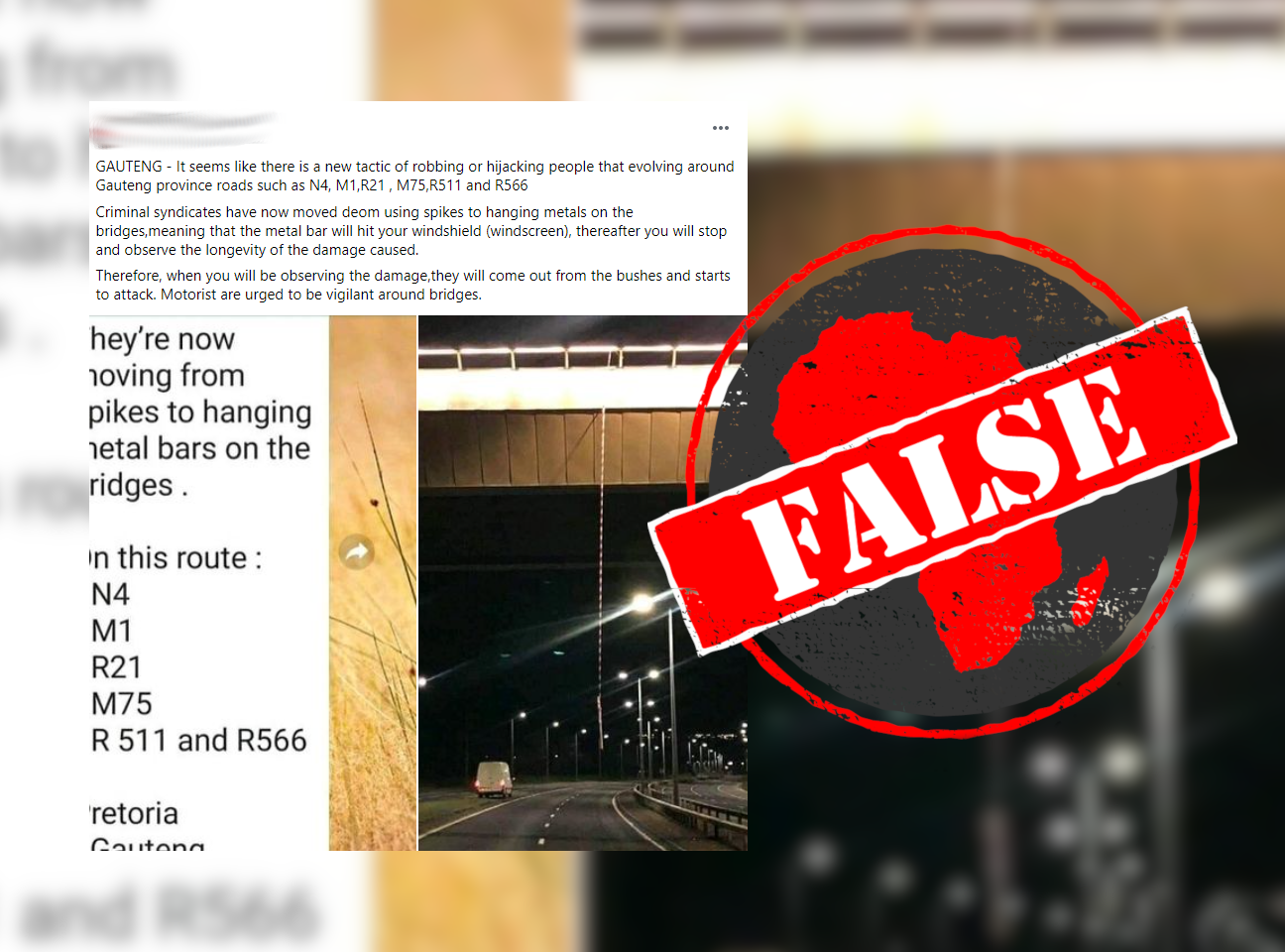 Photo taken in Inverness in March 2020

A Google reverse image search reveals that the photo was posted online in early 2020, and was taken in Scotland.

In April 2020 BBC reported that a “metal bar on a piece of rope was left dangling in the path of vehicles” in Inverness, Scotland. The road pictured is the A9. Police asked for people with more information to come forward.

The photo was taken by Alex Strang, who posted it on Facebook on 31 March 2020 along with two others.

The claim that the photo shows a new criminal tactic in South Africa is false.