The post reads: “Replacement is ongoing now inbox for connections or call for assistance.” It then lists a phone number.

When the Kenyan army is genuinely recruiting, fraudsters often take advantage of the desperate, asking them to pay to be hired through the backdoor. Many job seekers end up conned.

But did the KDF start an “ongoing” recruitment  or “replacement” drive in May 2021? We checked. 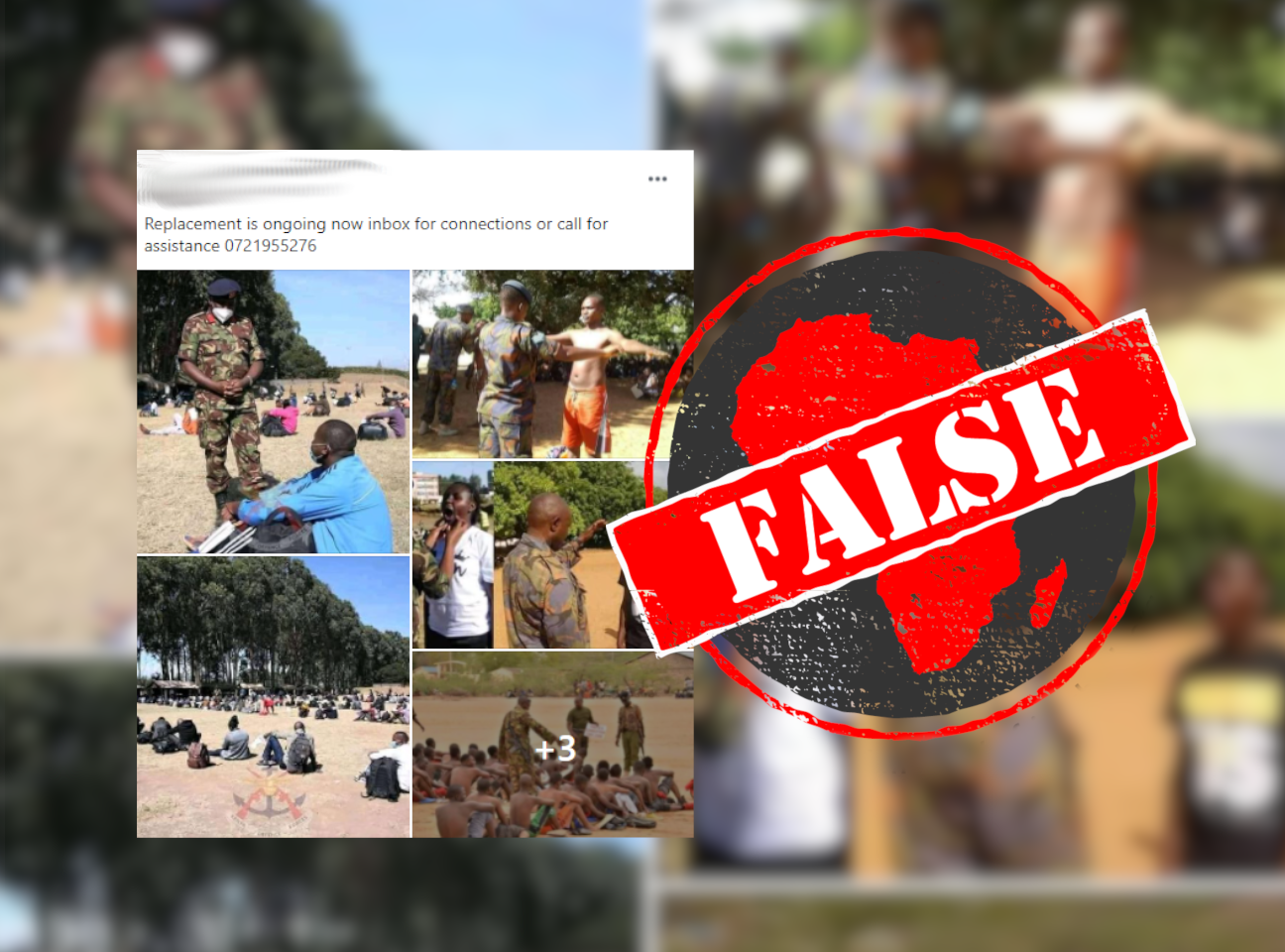 Photos from past recruitments

Africa Check looked carefully at the photos shared in the post. Some have KDF watermarks, which is typical for photos posted online by the defence force.

We looked for the originals on the KDF Facebook page and website, and found the first two photos.

But they were posted on 14 March 2021 and show shortlisted specialist cadet candidates reporting at Kenya Military Academy.

We then did a reverse image search of the third photo and found it was published by a media outlet in February 2018.

A similar search on Google also led us to the fourth image, which is two photos side-by-side, both showing civilians having their teeth examined by someone in military uniform.

The original photos were published here and here in 2018.

The fifth photo also first appeared the same year, and another was found online as early as 2015.

All of the photos are from different sources between 2012 and 2021, and are not of any ongoing recruitment or “replacement” drive in 2021.

The army has cautioned the public against falling for the claim.

“The public is hereby informed that KDF is not recruiting. There is no such thing as replacement or connections. Beware of tricks by conmen and women and continue to expose them,” the KDF posted on Facebook on 17 May.