They include a photo of two helicopters flying above trees, with a figure rappelling down a rope from one of the aircraft.

The Eastern Security Network (ESN) was set up by Nnamdi Kanu, leader of the banned Indigenous Peoples of Biafra, or Ipob, in December 2020.  Kanu said the militia would protect eastern Nigeria from terrorists and bandits from the north.

In 1967 Biafra, a region in southeastern Nigeria, declared itself an independent state. The Nigerian government rejected the secession, and a brutal civil war followed. The war ended in January 1970 and an independent Biafra ceased to exist.

Recently, the Nigerian army and the ESN have repeatedly clashed in Imo, a state in the country’s southeast. False and out of context claims about the conflict have since flooded social media.

Is this photo more of the same? Does it show a Nigerian army “war helicopter” attacking ESN militia members in Imo state, in February 2021? We checked. 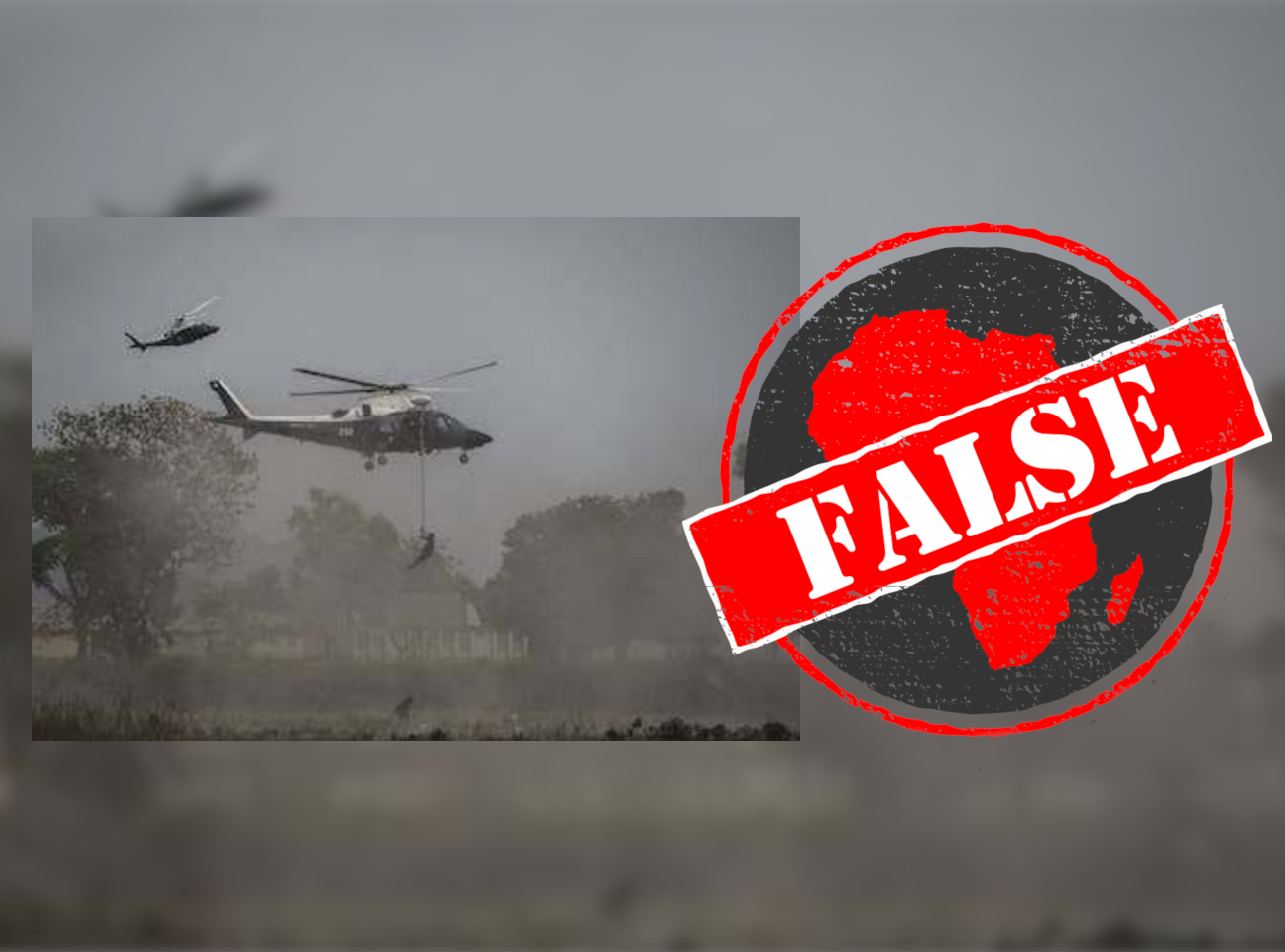 It was one of several photos of a military demonstration in Gwagwalada, an area council in Nigeria’s capital, Abuja, published in the Vanguard newspaper on 18 April 2018. Abuja is in central Nigeria. The article is headlined: “Photos: Nigerian Special Forces Unit during the military demonstration”.

The photo’s caption reads: “Members of the Nigerian Special Forces Unit rappel from a helicopter during the African Land Forces Summit (ALFS) military demonstration held at General Ao Azazi barracks in Gwagwalada on April 17, 2018. The African Land Forces Summit (ALFS) is a weeklong seminar held in Nigeria, bringing together land forces from across Africa to discuss and develop cooperative solutions and improve transregional security and stability.” It is credited to AFP Photo.

The photo does not show a Nigerian army war helicopter attacking the ESN in Imo in February 2021.