Nigerian diplomat manhandled in Indonesia – but not tortured or ransomed

In August 2021 Nigerian diplomat Abdulrrahman Ibrahim was assaulted by immigration officials in Indonesia. A disturbing viral video of the incident shows him being pinned to the back seat of a vehicle as he screams “I can’t breathe!” and “My neck, my neck!”

The video sparked a diplomatic row between Nigeria and Indonesia.

According to media reports, Indonesia’s foreign affairs ministry apologised for the incident after the Nigerian government recalled its ambassador to Indonesia and summoned Indonesia’s ambassador in Nigeria in protest.

Nigeria has also threatened to review its bilateral relations with Indonesia.

But the video has been posted on Facebook with inaccurate claims.

“EVERYONE INSULTING REPRESENTATIVES OF ZOO EVERYWHERE,” the post reads. “The Nigeria High Commissioner/Consulate To Indonesia Ibrahim Was Arrested By Indonesia Immigration, Beating, Tortured And Humiliated On Saturday The 7th Of August 2021, He Was Released After Paying A Ransom To The Immigration Officers.” 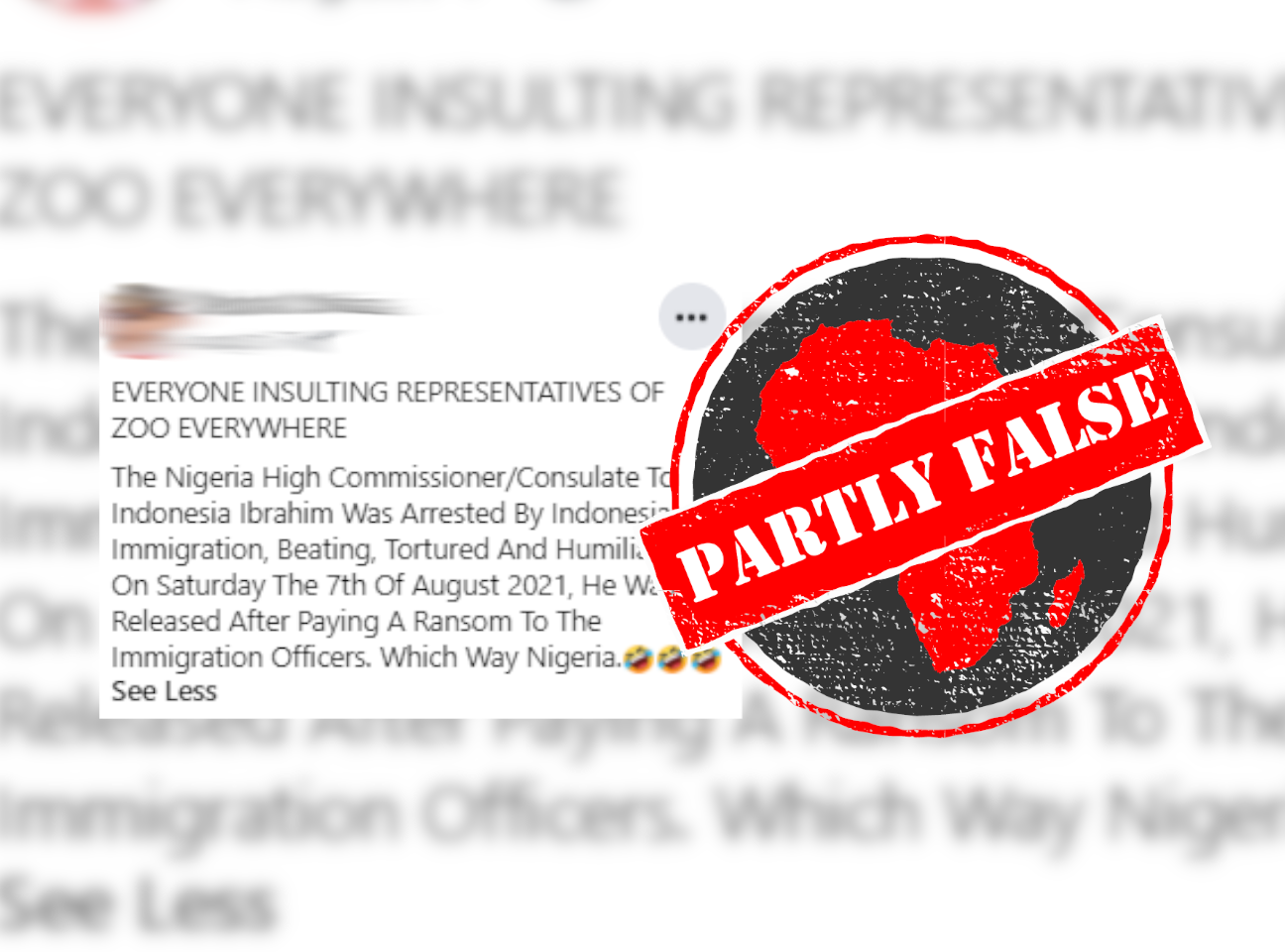 While Ibrahim was restrained and clearly traumatised, there have been no reports that he was beaten and tortured. Nor is there any evidence that he was only released after paying a ransom to the officers.

A top official of Indonesia’s ministry of law and human rights, Ibnu Chuldun, told AP that the incident was settled “amicably” the same day, after Ogar intervened at the immigration office.

Indonesian immigration officials claimed Ibrahim refused to provide his documents when he was asked to do so, and was taken into custody.

They said the Nigerian diplomat was pinned down in the car after he attacked them. They added that Ibrahim only produced his identity documents at the immigration office.