IN SHORT: In the altered image, Bola Tinubu of the All Progressives Congress appears to be watching the Labour Party’s Peter Obi on TV during a flight. But in the original, the screen is blank.

An image posted on Facebook seems to show Bola Tinubu, the All Progressives Congress candidate in Nigeria’s 2023 presidential election, on a plane watching his rival Peter Obi on TV. Obi is the Labour Party’s candidate.

The image was posted by Charles Oputa, a Nigerian musician and actor, on 8 October 2022. Popularly known as Charly Boy, Oputa has 13,000 Facebook followers.

“Welcome home bro. This is the man to watch,” he captioned the image.

Nigerian voters are set to elect a new president on 25 February 2023.

But does the image really show Tinubu watching Obi on TV during a flight? 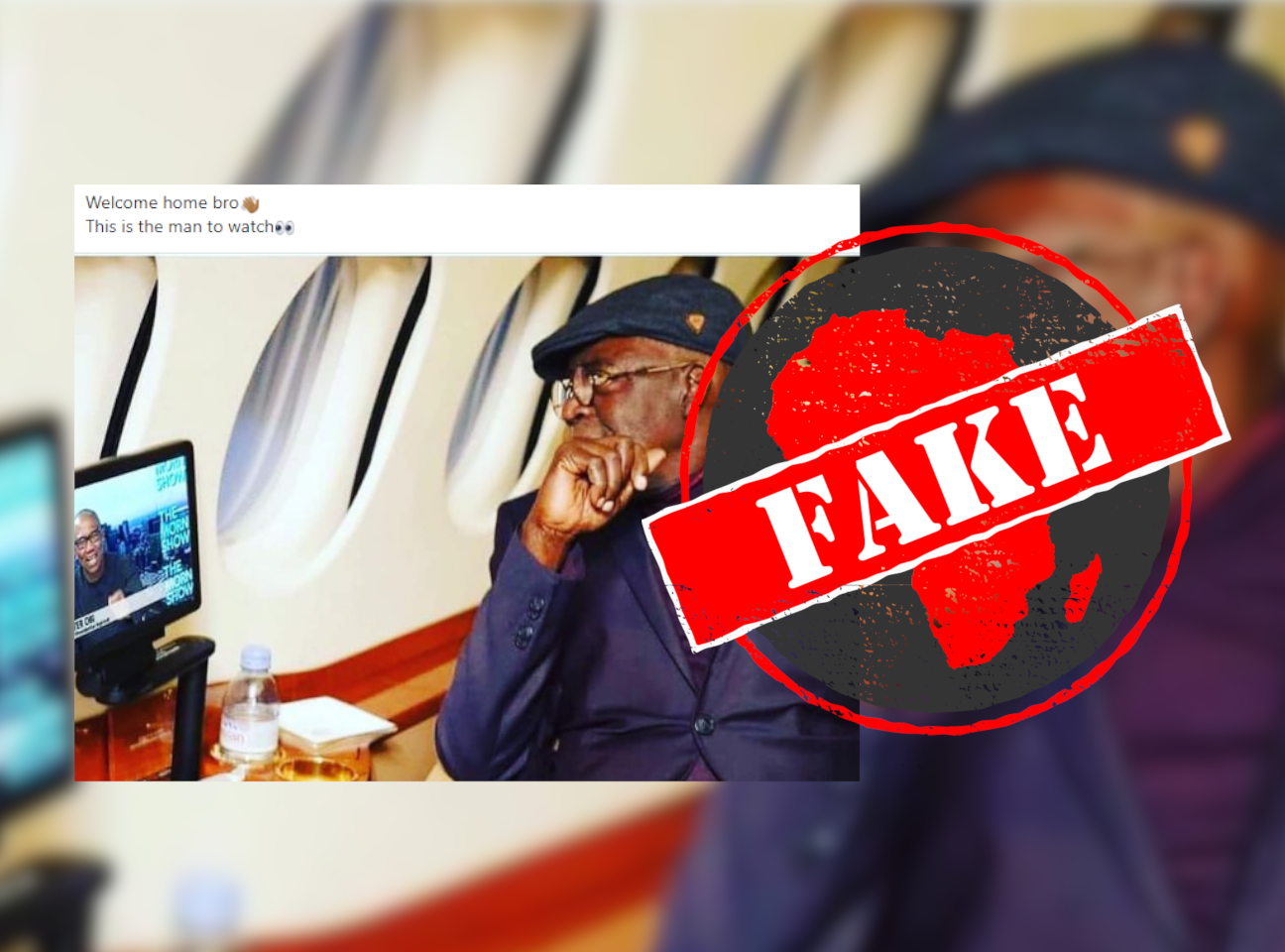 Tinubu looking out of plane’s window

A Google Reverse image search reveals that the photo has been manipulated.

Search results show that the photo was taken in early October during Tinubu’s return trip to Nigeria from the UK. He can be seen wearing the same outfit in other photos.

In the original photo, posted on Twitter by a Tinubu support group on 6 October – two days before Oputa’s Facebook post – Tinubu is looking out of the plane’s window. The TV screen in front of him is blank.

A news report about his return to Nigeria includes the original photo as well as others of his welcome party.